Donald Trump is adding more Wisconsin dates to his schedule with the state's primary looming closer.

MSNBC announced it will host a Town Hall at 8 p.m. Wednesday in Green Bay with the GOP frontrunner, hosted by Chris Matthews.

With 42 delegates on the line in the April 5 primary, Wisconsin is a critical test for Trump to win the delegates he needs to secure the nomination.

Trump has also scheduled a Town Hall Tuesday in Janesville. 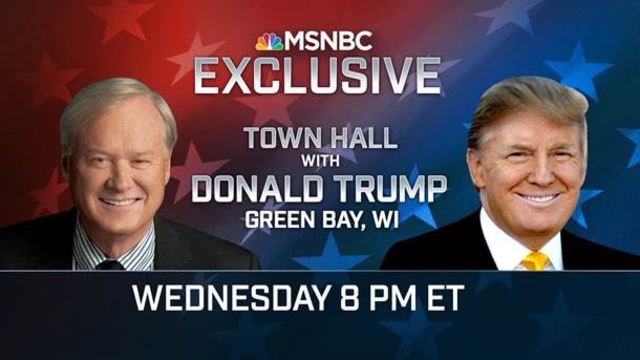