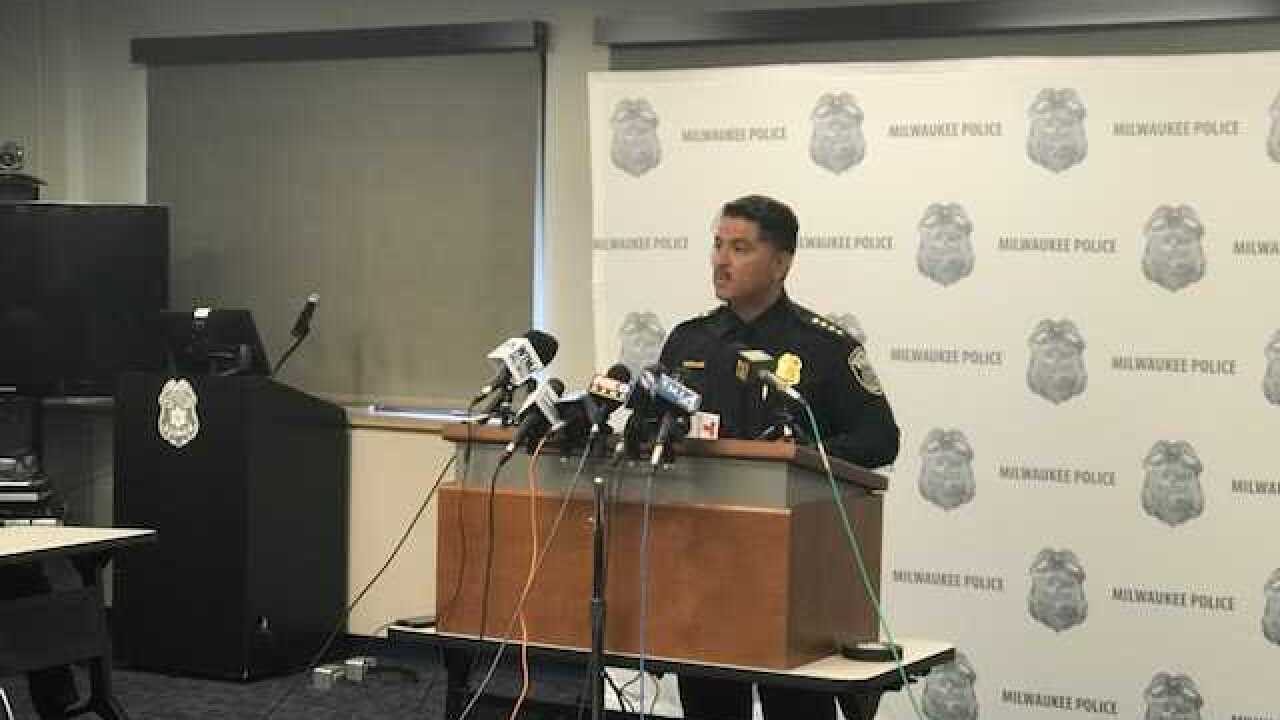 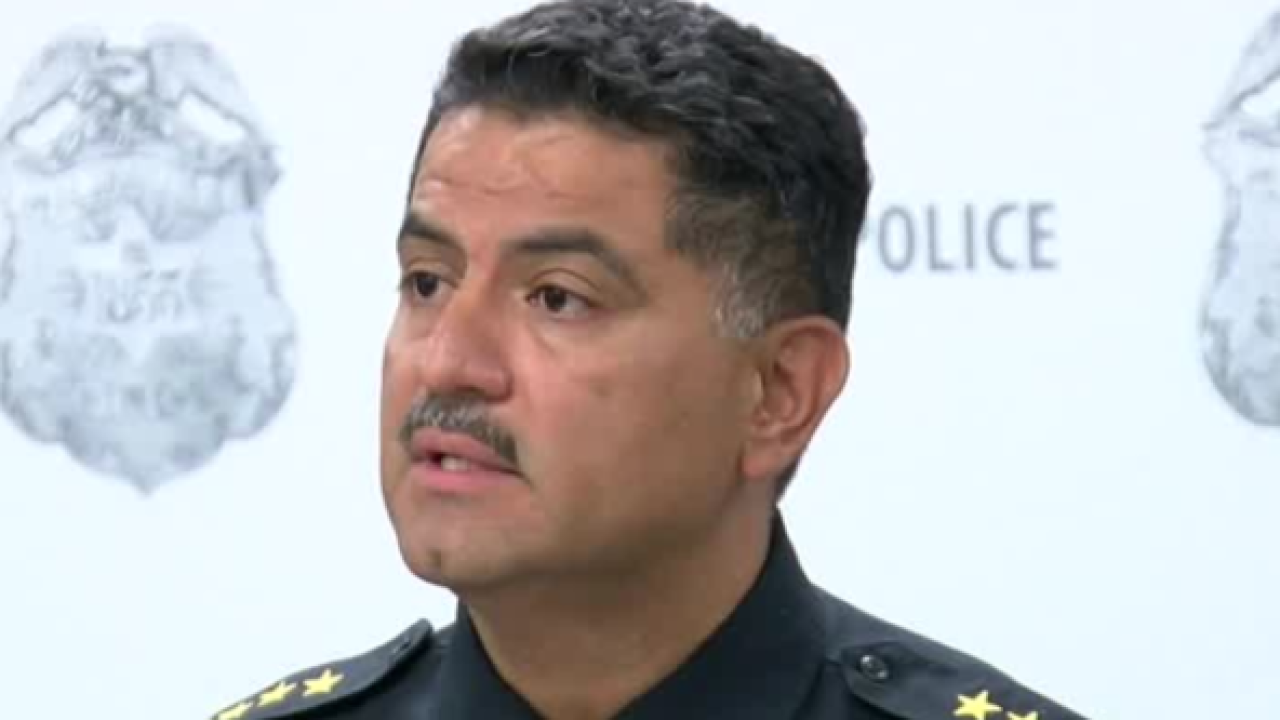 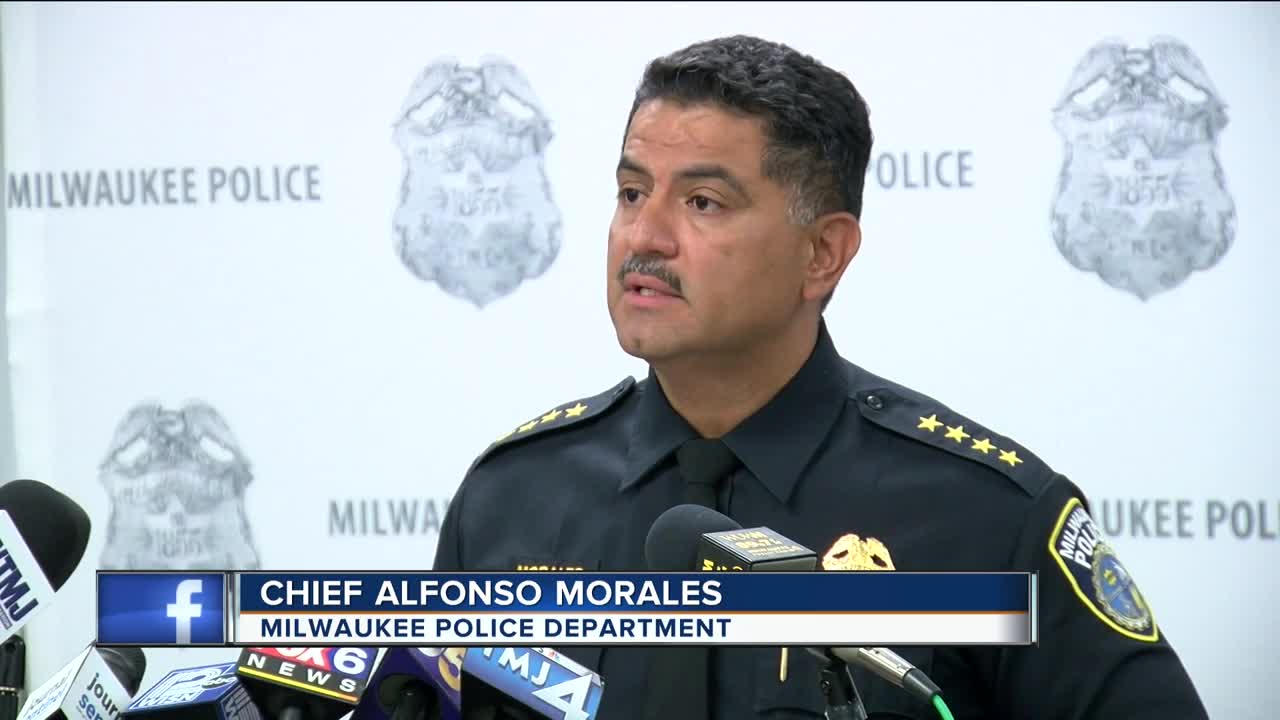 Police Chief Alfonso Morales addressed the media to provide an update on MPD's public safety efforts. He's been on the job for roughly six months.

Morales said the department has been working with heavy hears this summer after the deaths of Milwaukee Police Officers Charles Irvine Jr. and Michael Michalski in two separate incidents.

Morales said the department has improved police-community relations during his time as chief, but he still thinks those relationships can be better.

"I'm really pushing to get our officers assigned to smaller, geographical areas so they get to know their people," Morales said.

When asked why relationships with the community can be important to police work, the chief said, "An officer can make better-informed decisions when they know their neighborhood and have the backing of their neighborhood."

He said an engaged public that knows its police force will also be more willing to come forward with tips that can help solve crimes and prevent other offenses in the future.

State Rep. David Bowen (D-Milwaukee) represents a portion of Milwaukee's North Side. He thinks many of the residents of his district would be eager to help with crime prevention efforts.

"Prevention is a role they can play a part in, and I don't know if that's always been understood among folks in the community," Bowen said.

Also during Morales' news conference, he touted the achievement of the new Special Investigations Division, which was formed back in March to focus on apprehending fugitives, executing search warrants, and investigating complex crimes involving drugs and/or guns.

"During the first five months, the SID has recovered over 280g of cocaine, almost 600g of heroin and over 12,000g of marijuana," the chief said.

He said the division, which also has seized more than 100 firearms, has been responsible for criminal charges being brought against 164 individuals.

He said the department's reckless driving initiative, which is in partnership with the State Patrol and the Milwaukee County Sheriff's Office, has resulted in about 2,500 traffic-related citations.

"No longer can you expect to escape the criminal justice system by driving faster and more dangerously," the chief said.

Morales said pursuits in Milwaukee are up 239 percent. But he said fatal collisions are down 21 percent.

"I hope that's because the word has gotten out about our increased enforcement," Morales said.

"The change in the pursuit policy in Milwaukee has paid dividends in the surrounding suburbs," Young said. "The other communities' pursuits are down, carjackings are way down. We're grateful Milwaukee took the lead on this and made that adjustment."