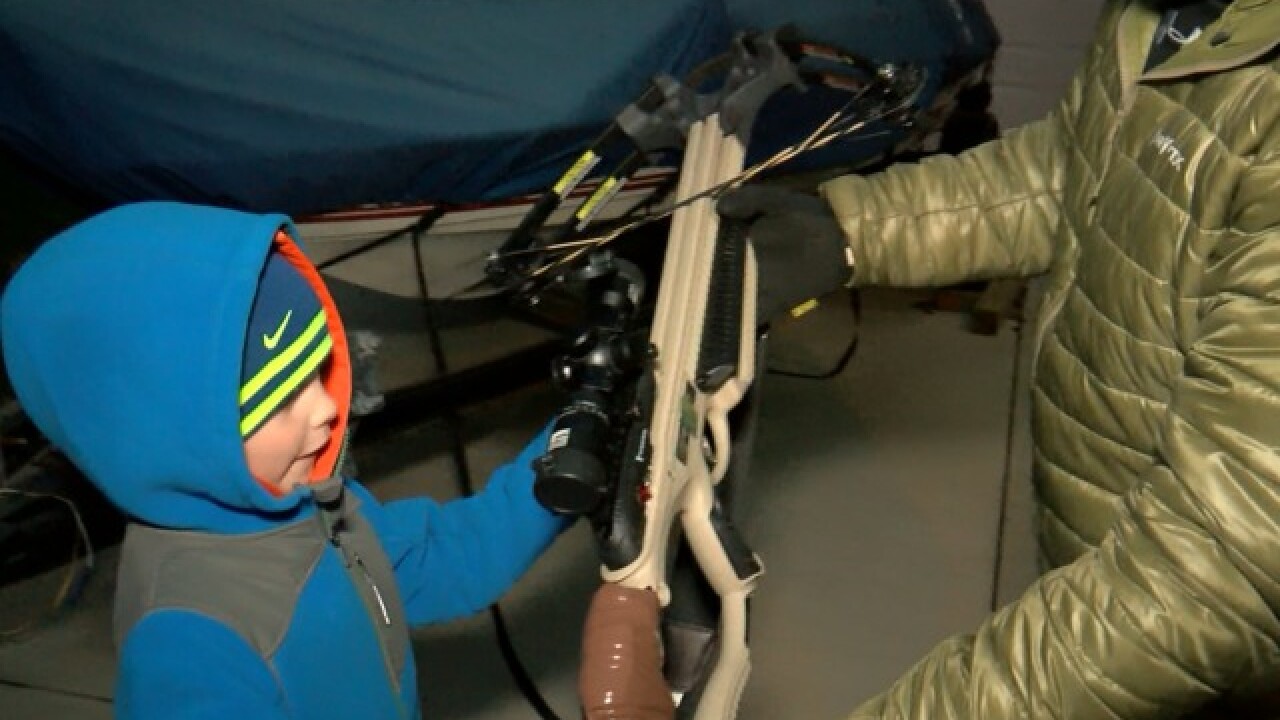 Gun deer season kicks off Saturday morning and this year, more youth hunters are expected to join in after the minimum age requirement for mentored licenses was eliminated last year by Gov. Scott Walker.

Ben Britton says his 7-year-old son James isn't quite ready to hunt with a gun, so they've been using a crossbow.

"It was extremely exciting," he said.

"The way we set it up, the crossbow is set in a holder in the blinds," Britton said. "All he has to do is put it on target. There's no chance of anything falling or any danger."

According to the Wisconsin DNR, mentored licenses are now available at any age, but the mentor has to stay within arm's reach, be 18 or older and have completed a hunter education course.

"I obviously carry the weapon in for him, set it up," Britton said. "Take the safety off only when he tells me he's on target and ready to take the shot."

The DNR did not immediately have numbers available on children under the age of 10.

"Every kid is different," Britton said. "Just because he's ready at this age doesn't mean every kid is ready."