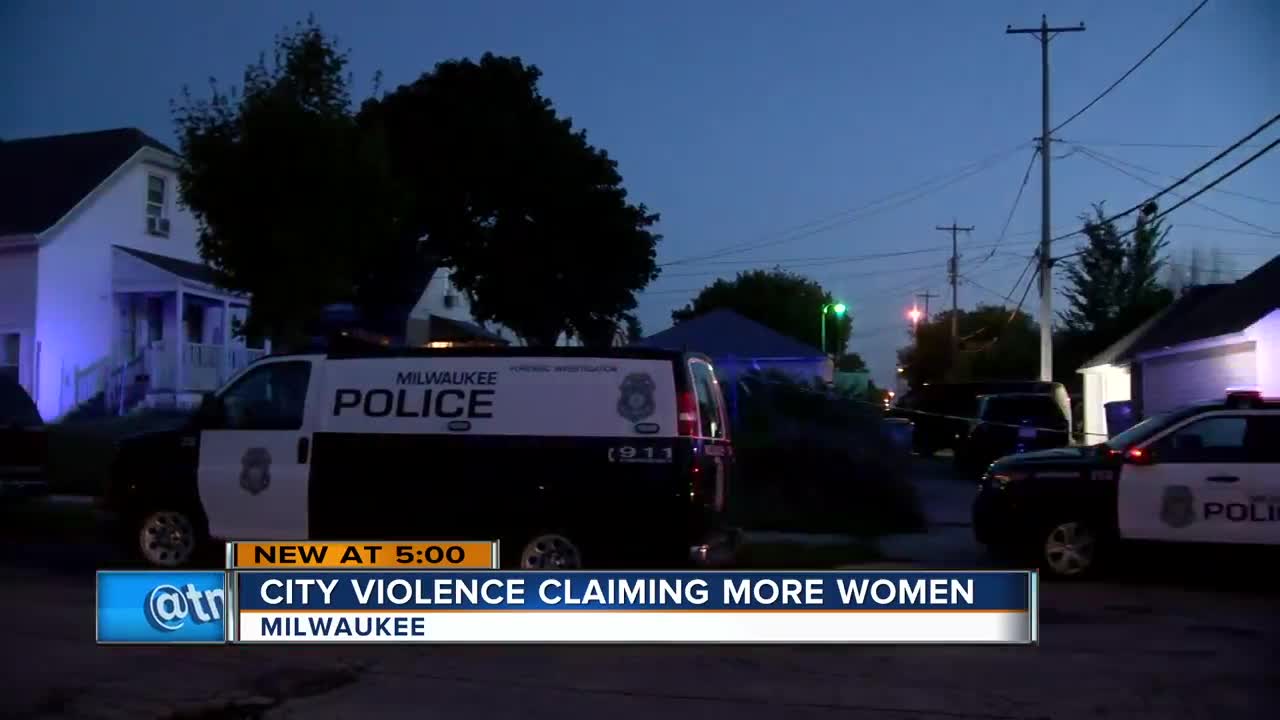 More women becoming victims of violence in the city.

MILWAUKEE — More women are falling victim to violence in Milwaukee compared to last year, according to police. The news comes after two women were killed in separate incidents this past weekend on the south side of the city.

The latest took place near 19th and Arthur, where police said a 33-year-old woman was shot and killed just after 3 a.m. Monday. They aren’t releasing her name at this time.

Benjamin Jordan, who lives in the neighborhood, was shaken by what happened. He woke up to the sound of gunshots and would later find a dead body in the alley behind his home.

“To think that somebody would take a woman’s life, I mean anybody’s life, but a woman at that time, that’s scary,” Jordan said. “I just was without words. I didn’t know really what was going on.”

Less than 24 hours earlier, and a little more than a mile away, 45-year-old Debra Casey was shot and killed by 14th and Orchard.

Leon Yang lives across the street from where it happened.

“That was like the craziest thing that I’ve ever seen in my whole entire life,” Yang said.

He said Casey was driving and a male passenger in her car was beating her, until the car stopped.

“That’s when like he starts running up to her and starts shooting her multiple times,” Yang said.

Evidence markers and shattered glass remained on the sidewalk Monday with tire tracks clearly visible in the grass.

It’s a scene that the city is continuing to see time and again.

According to @milwaukeepolice more women are falling victim to violent incidents compared to this time last year. So far out of 74 homicides, 20 of them were women, 1 more than last yr. Out of 327 non-fatal shootings, 58 were women, up 15 from last yr. Totals remain down @tmj4 pic.twitter.com/q5HyPJtKt2

According to police, more women are falling victim to violent incidents compared to this time last year.

So far there have been 74 homicides in Milwaukee, 20 of them women, which is one more than at this time in 2018.

The city has also seen 327 non-fatal shootings, 58 of them women, which is 15 more than at this date last year.

Overall though, the total number of homicides and non-fatal shootings are down.

“There are innocent people that are being killed,” Yang said.

No matter the statistics, Yang is praying for change.

“I just hope it stops to be honest because it’s getting out of hand,” Yang said.

Sunday night a 43-year-old woman was also injured in a shooting on the city’s north side near 18th and Stark.

No one has been taken into custody in any of the three incidents. If you have any information about them, call Milwaukee police.