More firefighters die by suicide than on the job 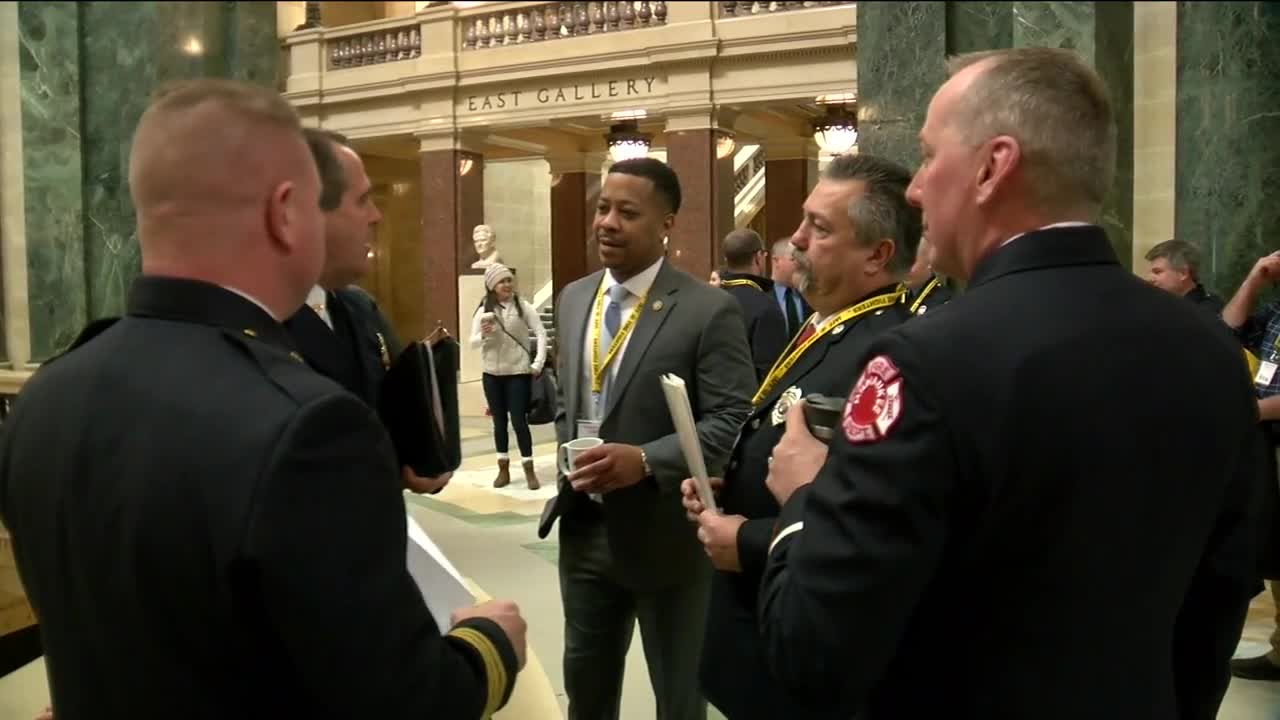 MADISON, Wis. -- Their jobs are among the most dangerous available, but more firefighters die by suicide than by the dangers of their jobs.

It's a startling statistic Milwaukee firefighters are all too familiar with.

"A lot of times you as a first responder," shared Jones. "You go to sleep and you see some of the scenes you went out on."

Jones said he wouldn't wish the images he's seen on anyone else. He said to understand what he lives with someone would have to go to great lengths.

"You would have to think of the worst thing that’s happened to you in your life or that you’ve seen and replay that for 20 years," he said.

He explains firefighting culture hasn't historically been one of sharing emotions. But, the culture is changing as new information about suicide rates emerges.

Jones hopes to put a stop to that trend. The I-Team met up with him at the Capitol in Madison, where he and hundreds of firefighters and police officers from across the state gathered to ask lawmakers to pass a law allowing worker's compensation payments for PTSD.

"There's so many first responders out there right now that aren't getting the help they need because they either can't afford it or they're afraid of what's going to happen." Jones said. "They're afraid of not having a paycheck, their families not being taken care of while they're trying to get help."

Jones believes the bill, AB569 and SB511, will allow more firefighters and police officers to access treatment quickly. Even quicker than he did when he needed it.

"I should have gone immediately, but I took an extra two weeks so I could get my affairs in order," he said.

Most importantly, Jones believes people needing help should go get treatment or talk to their peers.

"You can be happy again. I am one of the lucky ones. I got to go back to work, I got to come back to the job that I absolutely love and I'm happier now," Jones said.

The Milwaukee Fire Department has a peer support program, which sends peer support counselors to stations after they experience high stress calls, like the death of a child.

More firefighters die by suicide than on the job