A Milwaukee mother claims she pleaded for Milwaukee Public School leaders to call police after her daughter was sexually assaulted.

MILWAUKEE -- A Milwaukee mother claims she pleaded for school leaders to call police after her daughter was sexually assaulted.

TODAY'S TMJ4 spoke exclusively with the mother who has now leveled accusations against Project Stay High School leaders. She claims they are not doing enough.

The mother, Leatanya Dunn says she first learned of the alleged incident when her daughter texted, "Mom, I'm scared." 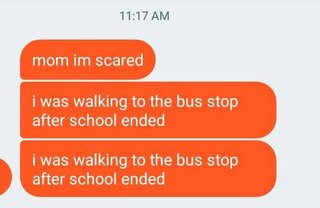 "She was crying, she felt dirty," said Dunn.

The criminal complaint states on April 3, her 16-year-old daughter was waiting at a bus stop at N. 8th and Wisconsin during a school break. That's when she says the suspect, Savion Williams, 18, approached her.

"He ended up trying to hug on her and put his hands up her shirt and going in her pants," said Dunn.

She claims she immediately went with her daughter to talk to school officials at Project Stay High School.

"They wanted me to come home and call the police," Dunn claims. "I told them I was not leaving the school until the cops came."

Denise Callaway, a spokeswoman with Milwaukee Public Schools sent us this statement:

"This alleged incident did not happen on school grounds. This appears to be an ongoing investigation, so any requests for information would need to be sent to the Milwaukee Police Department.

District policy requires the school to be notified if a student will not be in school so the absence will be considered excused. When there is no notification, the absence is considered unexcused and can lead to a student being cited for truancy."

Dunn says the crime happened just steps away from her daughter's school, and MPS should investigate.

She showed us three complaints she filed with MPS, to push them to open up an investigation of their own to make sure every student is safe.

The case against the 18-year-old suspect continues Tuesday morning. If convicted he could face up to nine months behind bars.

Kenosha Woman Warns Others About Sex Trafficking After Scary Encounter