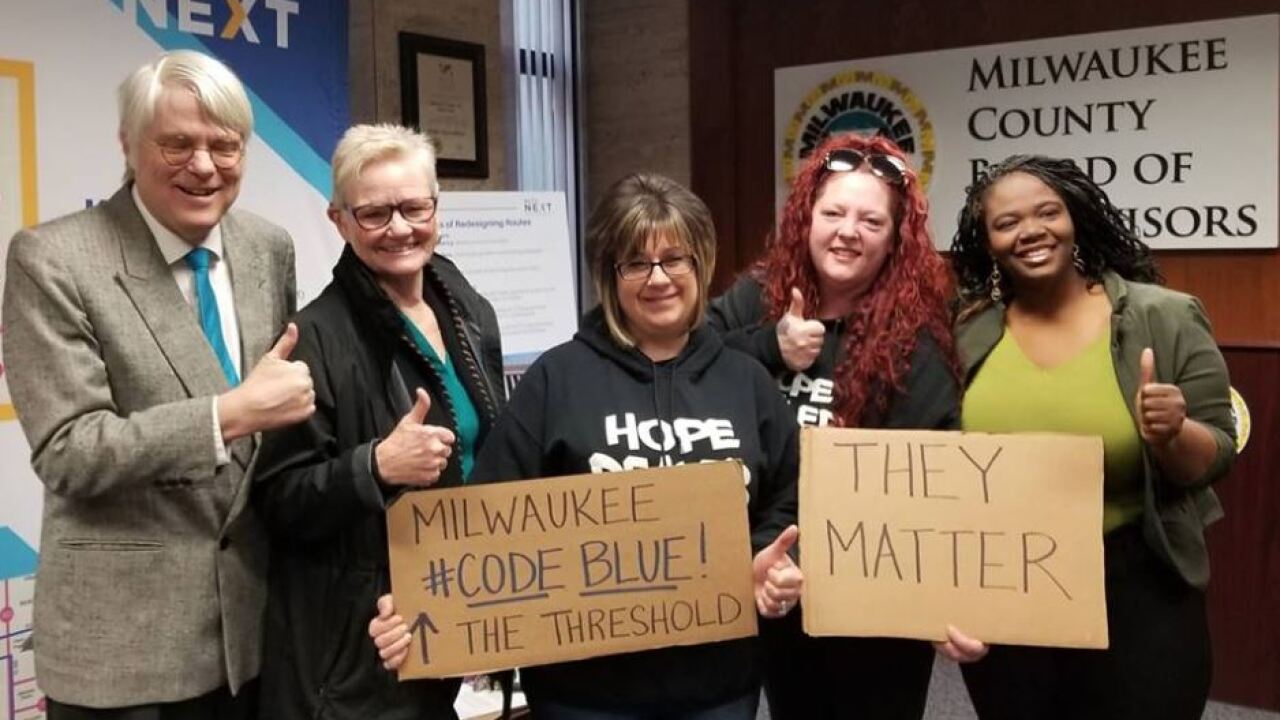 The Street Angels , founded in 2015, have been trying to help the homeless in Milwaukee by giving them meals, clothing and other necessities.

They were named the 2018 Positively Milwaukee "Inspiration of the Year" and helped raise the temperature threshold from 10 degrees to its current 20 degrees.

The proposed resolution now goes to the County Board for approval. That vote is scheduled April 25.