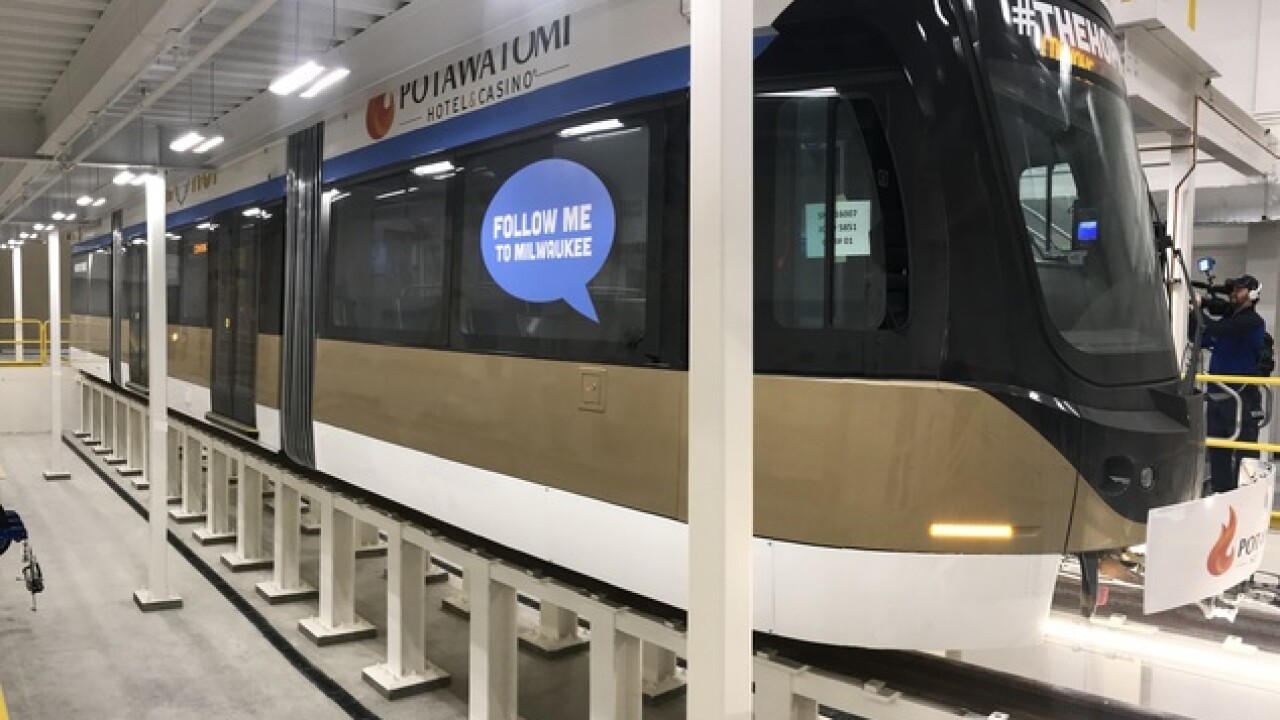 Copyright 2018 Scripps Media, Inc. All rights reserved. This material may not be published, broadcast, rewritten, or redistributed.
<p>We're getting a first look at the Milwaukee streetcar before they start testing on the tracks. Photos by Rikki Mitchell.</p>

The Milwaukee streetcar will make its first test run on Monday.

A four block stretch of St. Paul Avenue will be restricted from Plankinton to Fourth Street until the end of June while testing continues.

Only east bound travel will be open during that time.

Before it hits the road, final tests are taking place on the streetcar, also known as "The Hop" after Potawatomi Hotel and Casino announced a 12-year sponsorship deal.

Inside the new streetcar maintenance facility downtown, crews are checking and re-checking everything from the top to the bottom.

"We're testing all the different appliances on the vehicle, make sure they're operating as intended," said Darryll Simpson, the general manager of the Milwaukee Streetcar system.

During testing of the 83,000-pound vehicle, the track on St. Paul Avenue will be fenced off to avoid any potential accidents.

"We just really want to get it out on the street," said Simpson. "It's gonna be a few months. We have to go through a lot of testing and that's what the closure is for on St. Paul."

The other four streetcars will arrive in Milwaukee in the next few months. It's expected to be fully operational by November.

"I'm really excited for the City of Milwaukee," said Simpson. "I think it's gonna be great. It's a very beautiful vehicle and Potawatomi has done so much for us in their contribution. Milwaukee has a lot to be proud of."