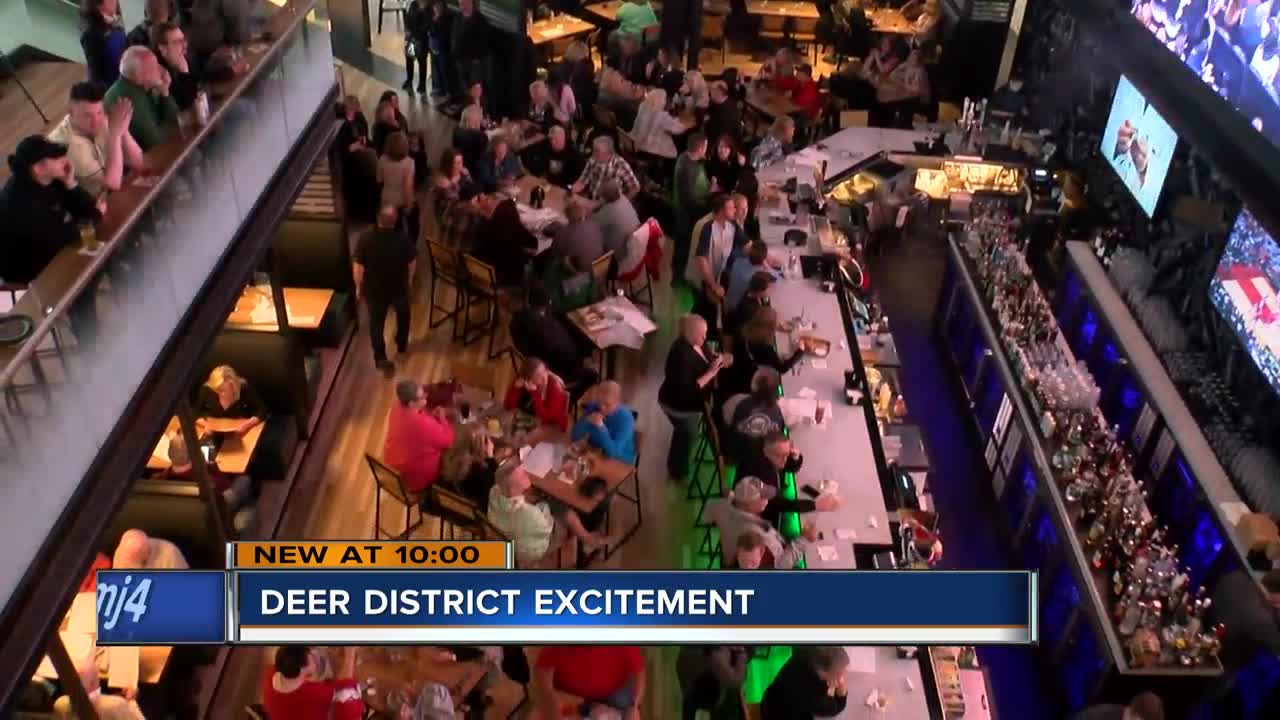 Milwaukee's Deer District was filled with excitement about the Bucks and the one and only, Cher.

MILWAUKEE — On Sunday night, Milwaukee's Deer District was filled with excitement about the Bucks and the one and only, Cher.

The Bucks will play the Toronto Raptors in the Eastern Conference Finals, but for days, fans anxiously waited for the outcome of the Game 7 against the Philadelphia 76ers. At the same time, Cher sang her greatest hits at Fiserv Forum.

This Mother's Day, the legend herself took on the brand new arena, drawing girlfriends, and moms and daughters to the Entertainment Block.

Lois Champagne and her children, all from Oak Creek, decided it would be the perfect way to celebrate the holiday this year.

"I just think she's fabulous being that age and doing what she can do," Champagne said.

Kate and her mom, Ann Rooker, felt the same, traveling from Plymouth to see the iconic performer.

"She's been listening to me sing Cher since I was in third or fourth grade," Kate said. "Now we're here."

While Cher was on stage, Bucks fans were on the edge of their seats to find out the match-up for the Eastern Conference Finals.

David Nommensen, of Jefferson County, was 17-years-old when the Bucks won their only championship, and he never thought it would happen again.

"I thought well we're mid-market and decades went by, and I'm like no hope, but here we are," Nommensen said. "It's like the perfect storm."

Now we know the Bucks will battle the Raptors next, but that doesn't scare Milwaukee fans.

"The Bucks will beat whoever they play. I guarantee it," Bonnie Nommensen said.

"We're going to win the championship for sure," Dante Stanley from Milwaukee added.

However, as we wait for Game 1 on Wednesday, celebrations are already underway, at least for Kathy Ringuette.

She was going to see Cher with some of her best friends when she got a call she was waiting for.

"I have a daughter-in-law. Woooo!" Ringuette exclaimed.

One gift she won't forget.

"Aw this is so exciting. The best Mother's Day ever."