Milwaukee ranked as one of the worst cities for runners

Finals week is either here or quickly approaching for Milwaukee college students, and they better hope they don't grade as poorly as their city in the eyes of runners.

According to Devin O'Brien from Zumper.com, Milwaukee received a C- and scored as the least favorable city for runners among the 35 analyzed.

Milwaukee's overall score was a 42, just behind Denver, Colorado at 43.8 and Sacramento, California at 44.1. 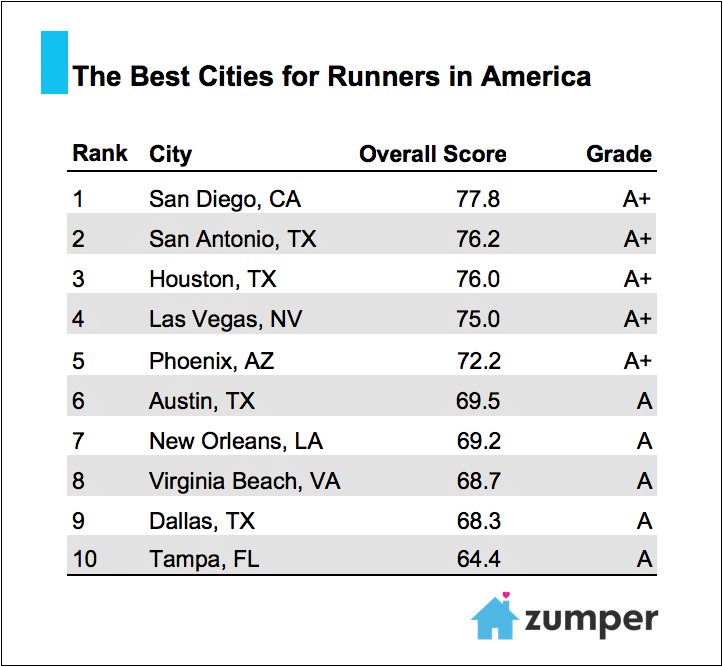 Milwaukee has 92 races during the calender year, according to runguides.com giving it a score 67.3. On the high end, San Francisco grades at a 98 and holds 127 different races.

In terms of Parkland, Milwaukee also scores low on the spectrum. Their 57.6 parkland grade is higher than only 10 other cities.

However, that number is contained to the city limits. Throughout Milwaukee county, there are 10,900 total acres of parkland.

One of Milwaukee's biggest disadvantages was temperature, with an average of 47.7 degrees Fahrenheit over the course of the year. 9 of the top 10 cities were in Texas, California, Nevada, Florida, Arizona or Louisiana. Virginia Beach, Virginia was the only moderately northern city.

The last category, rent affordability, Milwaukee rated relatively high in. At a 54.5, they were the eighth most affordable among the 35 cities.

Rentcafe.com reports that Milwaukee has an average rent of $1,070 per month for a 846 square foot apartment.

San Francisco, which scored the lowest at 0, has an average price of $3210 per month for a 808 square foot apartment.

One aspect Zumper did not include was crime rate, another area Milwaukee would suffer in.

Per neighborhoodscout.com, Milwaukee is safer than only 3 percent of U.S. cities and averages 59.17 crimes per 1,000 residents.

Virginia Beach, VA is the safest city on the list, clocking in as 29 percent safer than other U.S. cities and averaging 23.46 crimes per 1,000 residents.