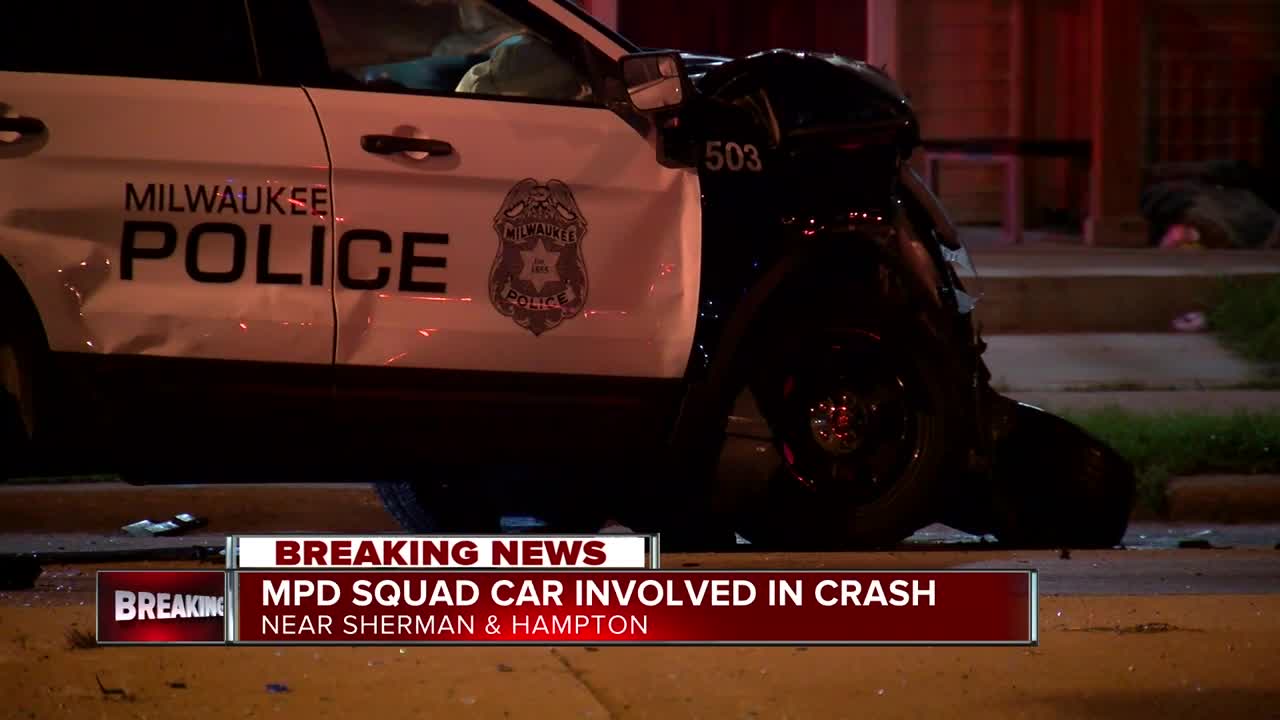 A Milwaukee police squad car was involved in a crash near Sherman and Hampton about 3:30 a.m.

The crash happened near Sherman and Hampton on the city's north side about 3:30 a.m.

Two officers were involved, as well as the driver of a red mini van.

The crash damaged the front end and the passenger side of the squad car.

Everyone has been taken to the hospital with non-life threatening injuries, according to Milwaukee police.