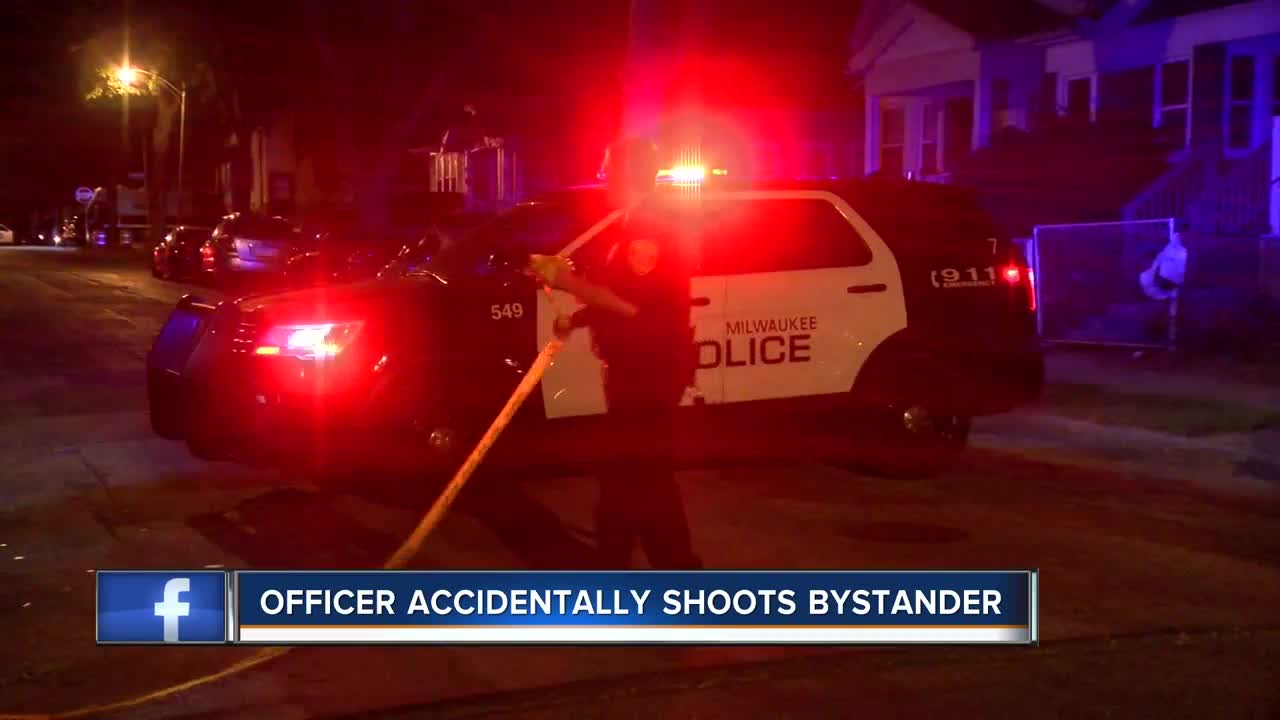 What started as a police chase on Milwaukee's north side, led to an officer shooting at a suspect, missing, and striking another man instead.

Oscar Rush was at his mom's house when he heard commotion outside early Sunday morning. He looked out and saw Milwaukee Police driving in circles after a black car with its lights turned off.

It wasn't until he heard a gunshot that he knew the chase was over.

"I seen the paramedics go back there, pick the guy up and take him off," Rush said.

Police Chief Alfonso Morales said they spotted the driver speeding near 27th and Townsend at 1:13 a.m. They tried to stop him, but the driver kept going.

"At one point during the pursuit, the suspect placed his vehicle in reverse and did strike one of the pursuing officers' squad car," Morales said.

Witnesses told TODAY'S TMJ4 that eventually the driver stopped in an alley by 26th and Auer.

Police said the suspect got out of his car and ran to a house of someone he knew.

“As the suspect made an exaggerated movement and appeared to reach for an unknown object, the officer believed the suspect had a weapon and fired at the suspect, subsequently striking a 41-year-old Milwaukee man who was in close proximity," Morales said.

This victim was taken to the hospital with a serious injury, but is expected to survive.

The suspect, a 22-year-old man, was taken into custody.

Rush says it's time that this reckless behavior comes to an end.

"A lot of this stuff could have been prevented, you know just pull over," Rush said. "Put more officers on the street and maybe it'll stop some of this."

Henry Christian, whose wife is the pastor at the church in the neighborhood, feels the same way.

Police said the officer involved in the incident is a 27-year-old man with one and a half years on the job. He'll be placed on administrative leave as the investigation continues.