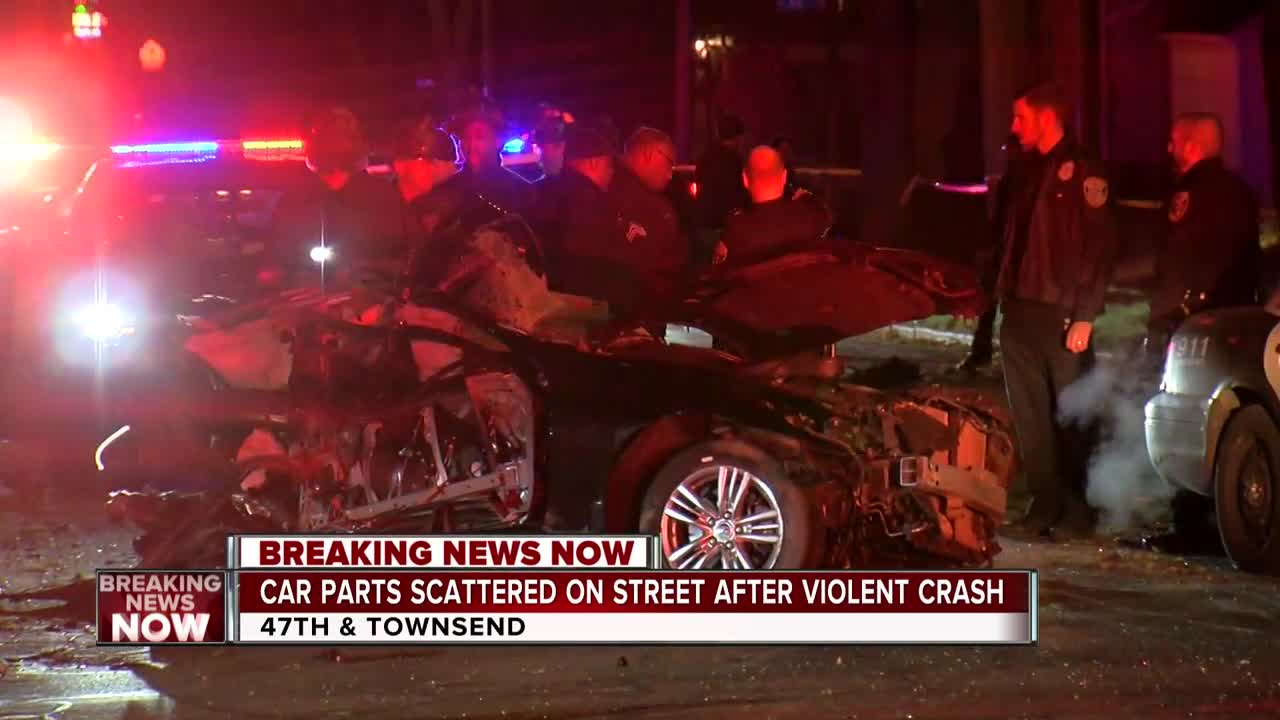 Early Tuesday morning, Milwaukee Police saw a vehicle driving recklessly near the 2000 block of West Locust Street. They tried to stop it but the car refused to pull over. Police say a pursuit started but the suspect's vehicle lost control, crashing into a tree. 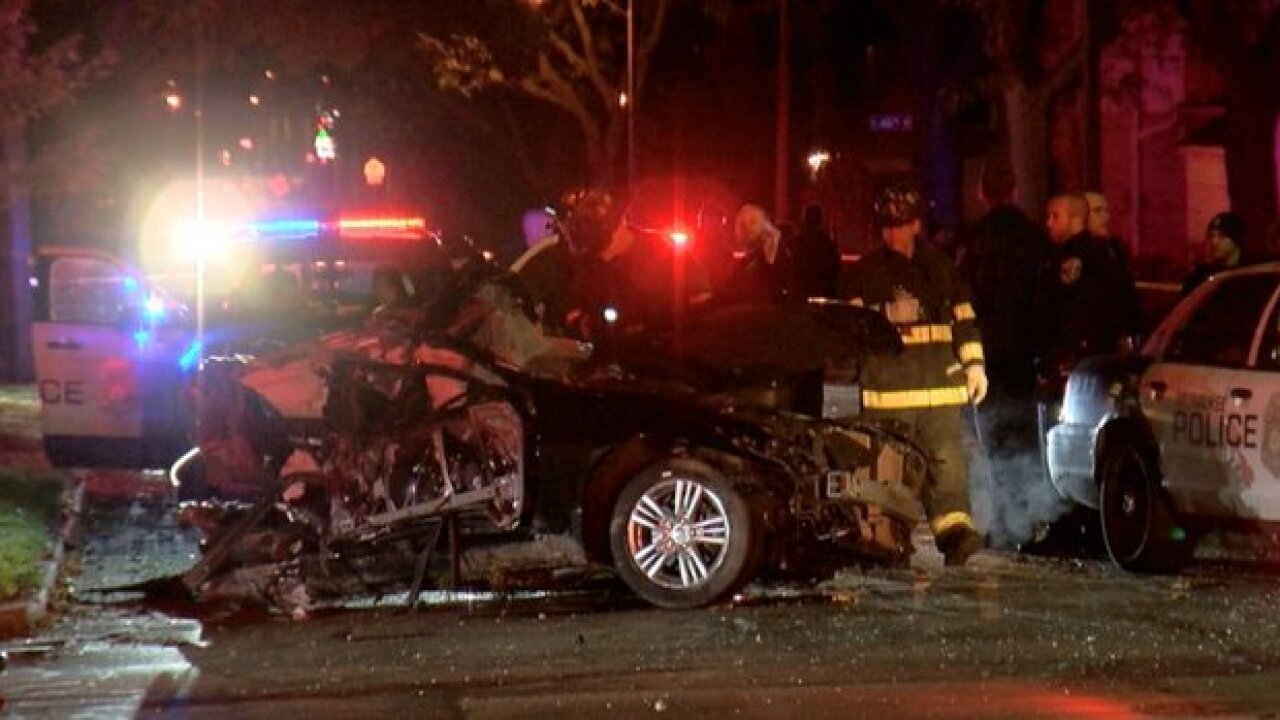 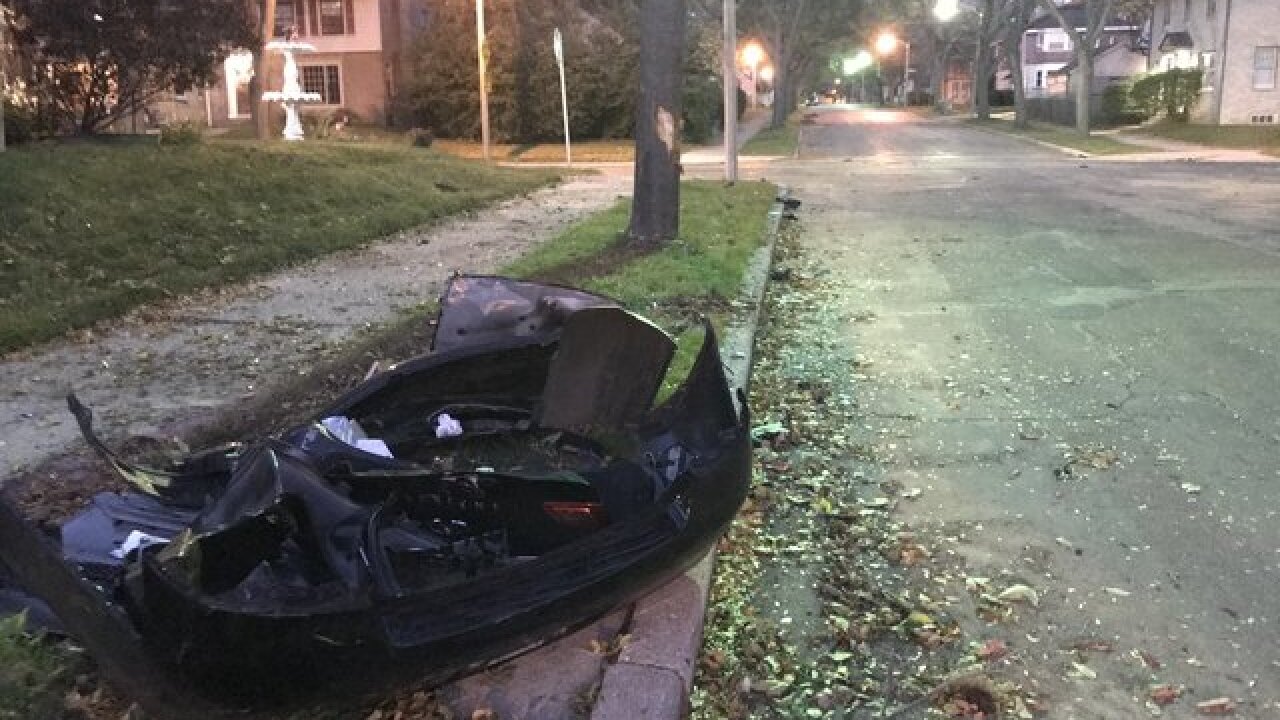 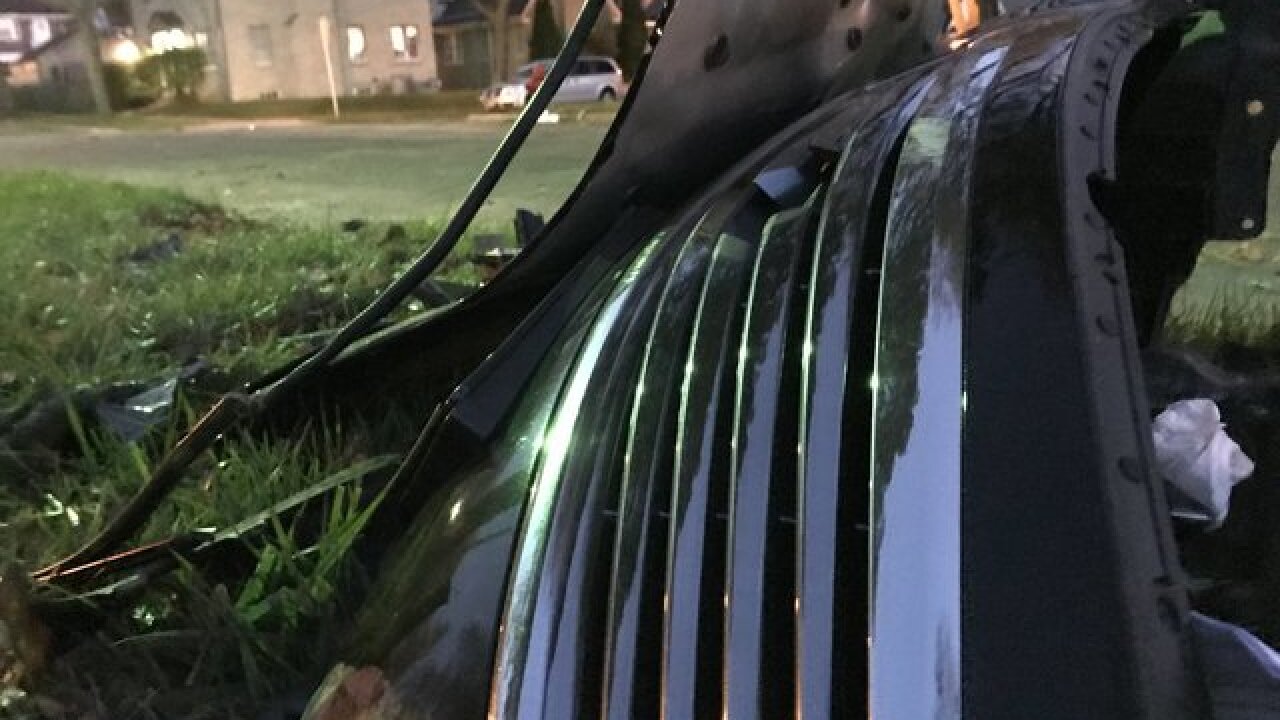 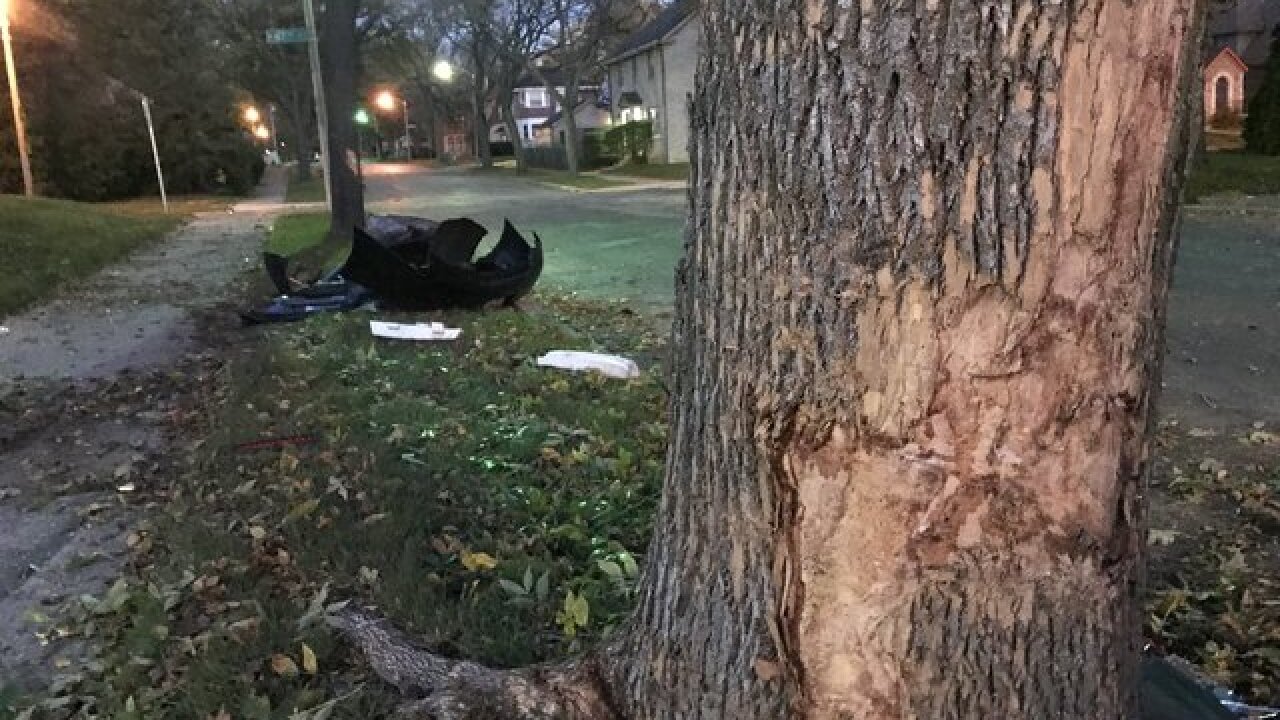 MILWAUKEE -- Milwaukee Police are investigating a crash on the city's north side.

Early Tuesday morning, Milwaukee Police saw a vehicle driving recklessly near the 2000 block of West Locust Street. They tried to stop it but the car refused to pull over. Police say a pursuit started but the suspect's vehicle lost control, crashing into a tree.

A neighbor captured the aftermath of the crash on her Ring surveillance camera. you can see sparks on the left hand side and the back bumper lands on her sidewalk. pic.twitter.com/inmS3is0Ea

The impact split the car into two pieces.

"I heard this loud noise and the house shook a little bit," Calvin Brown said. "When I heard sounds like that, I know something has happened."

Brown echoed the sentiments of many other neighbors. They described the crash as a loud boom with similar feelings of their house shaking even though they were half a block away.

One person who didn't hear it was Catherine Polk. She works overnight but the crash happened directly in front of her house.

She didn't hear it, but rather saw it. Her Ring surveillance camera caught the immediate aftermath of the crash.

"I'm a very calm person," Polk said. "When my neighbor texted me at about 2:40 this morning, I knew something was wrong. I seen that on my camera when I reviewed it."

The camera's motion sensor was triggered when the car hit a tree. The first thing you can see is the back bumper fly in from the sky and land on her sidewalk, just feet away from her door.
In the left-hand part of the screen, the front half of the vehicle sends sparks into the night, coming to a halt near the corner.

"It could have been worse," Polk said. "Messed up my yard a little bit. It's ok. It's ok. I don't have any problems. Things happen everywhere."

Police say the suspect was taken to the hospital with serious injuries. They will face a charge of fleeing police which is a felony.