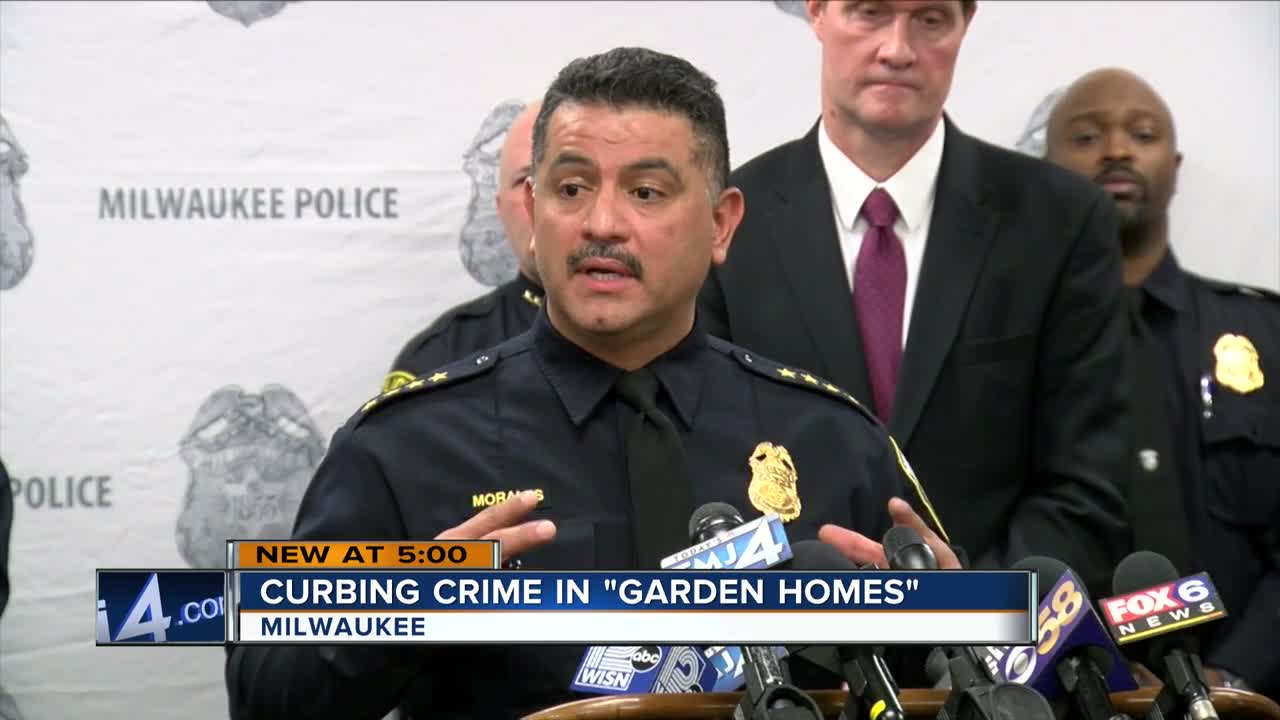 Milwaukee Police Chief Alfonso Morales is putting the focus on curbing crime in specific neighborhoods in 2019.

One neighborhood, Garden Homes, has the highest homicide rate in Milwaukee. The historic neighborhood used to be one of Milwaukee’s strongest. It’s bounded by Capitol Drive on the south, Teutonia Avenue on the east, Ruby Avenue on the north and 30th Street on the west.

The homicide rate in Garden Homes is more than 12 times the city’s average, according to Chief Morales.

“That’s where we need more resources - not police related - but rather, civilian and community participation to help us,” Morales said.

“My neighbors are wonderful,” said resident Suzy Jones. “A lot of the homeowners have been here for 40 years. We need more options for our young people to stay out of trouble.”

Cheryl Blue, the Executive Director of the 30th Street Industrial Corridor Corporation, is leading efforts to boost safety and security in Garden Homes. She says a lot of the problems are caused by people who don’t actually live in the Garden Homes neighborhood.

“If we come together we can magnify our power and take back our neighborhood from a very small element that’s destroying quality of life for people here,” Blue said.

According to Blue, Garden Homes has the manufacturing infrastructure and space for economic growth. The Century City Business Park is in the neighborhood. Blue says the key is to remove any negative stigma, and get more businesses to come here.

“Whether that’s with some of the direct supply line for Foxconn or other manufacturing companies,” Blue said.

As a start, Good City Brewing is moving its headquarters to Century City this year.

Blue is also helping organize positive events and programs for residents to get more involved, like gardening and yoga in Garden Homes Park this summer.

“Years ago around here, you'd see families walking down the street to the store,” Pearson described. “Now, they don’t risk walking. That option taken away form us with the violence. And we want that back.”

Morales says drugs are the biggest contributor to the homicide rate and crime throughout all neighborhoods of the city.