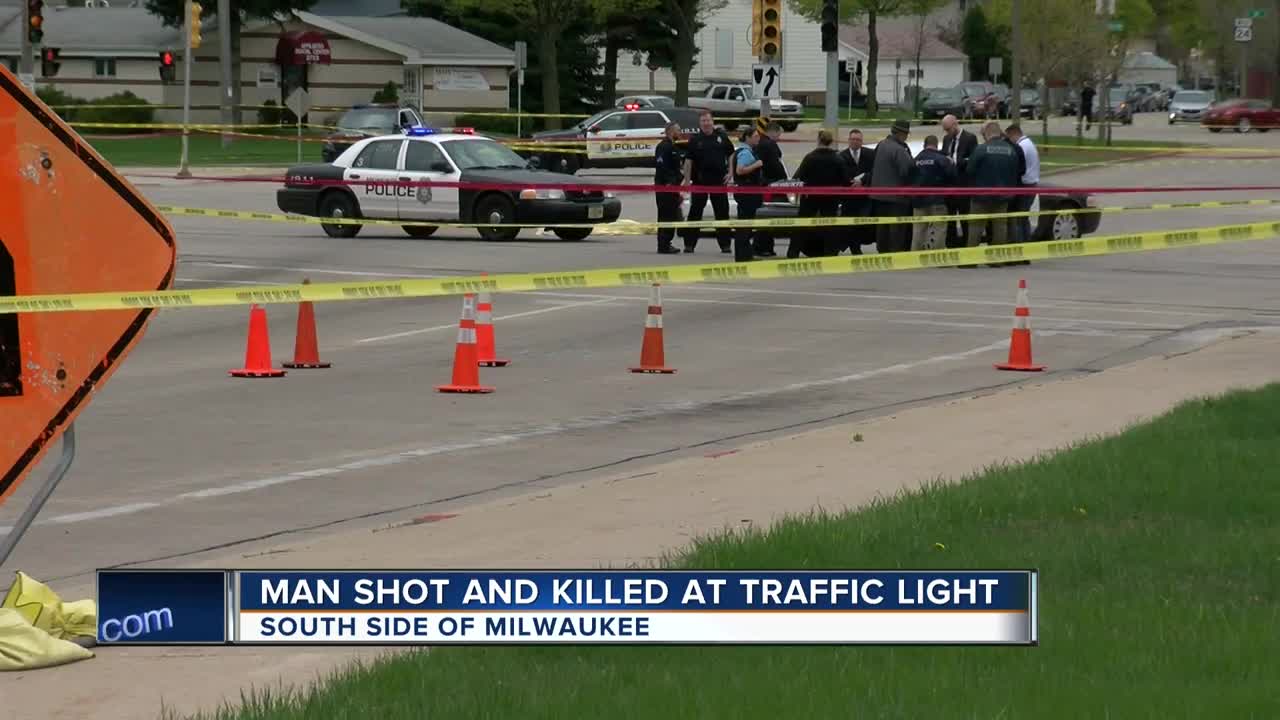 Milwaukee Police are looking for a suspect who shot and killed a man as he was stopped at a red light, in broad daylight Friday afternoon.

The victim's girlfriend, Lexi Rivera, identifies him as 22-year-old Jose Rodriguez. She told TODAY'S TMJ4 she was in the car with him, and that he died saving her and an unborn baby.

"He told me every day that he loved me and there was nothing that was going to happen to me. His exact words, that he'll lay his life down on the line for me," Rivera said.

Rodriguez followed through with that promise, protecting Rivera from harms way, even if that meant sacrificing his own life.

"It just says the man he is. Everyone that knows him here knows that he was always a man of his word, a man of respect," she said.

It happened at about 2:50 p.m. as they were going to get food, driving west on Forest Home.

They reached South 27th when Rivera says a black Porsche SUV approached them.

"All of a sudden we're at the stop, and here he came flying around us, around from my door, cut us off and just wouldn't stop shooting," Rivera said.

Bullets shattered the front windshield as Rodriguez blocked Rivera from the gunfire.

"He just looked at me and covered me. That's it. Just said 'babe' and threw himself over me," she said.

Within moments Rodriguez was dead, and the suspect took off heading north on South 27th, but not before showing his face.

"He was the broad, big face we saw. He made sure we saw him," Rivera said.

Rivera recognized the shooter as the father of her son, from a previous relationship.

"It could have been handled so different," she said.

Now her focus is on getting justice.

"Keep everybody close and just stop the ignorance, just stop. Our city could be known for so much more," Rivera said.

Rivera said she hasn't been in touch with her son's father for months.

Milwaukee Police are not releasing any details yet about this crime.