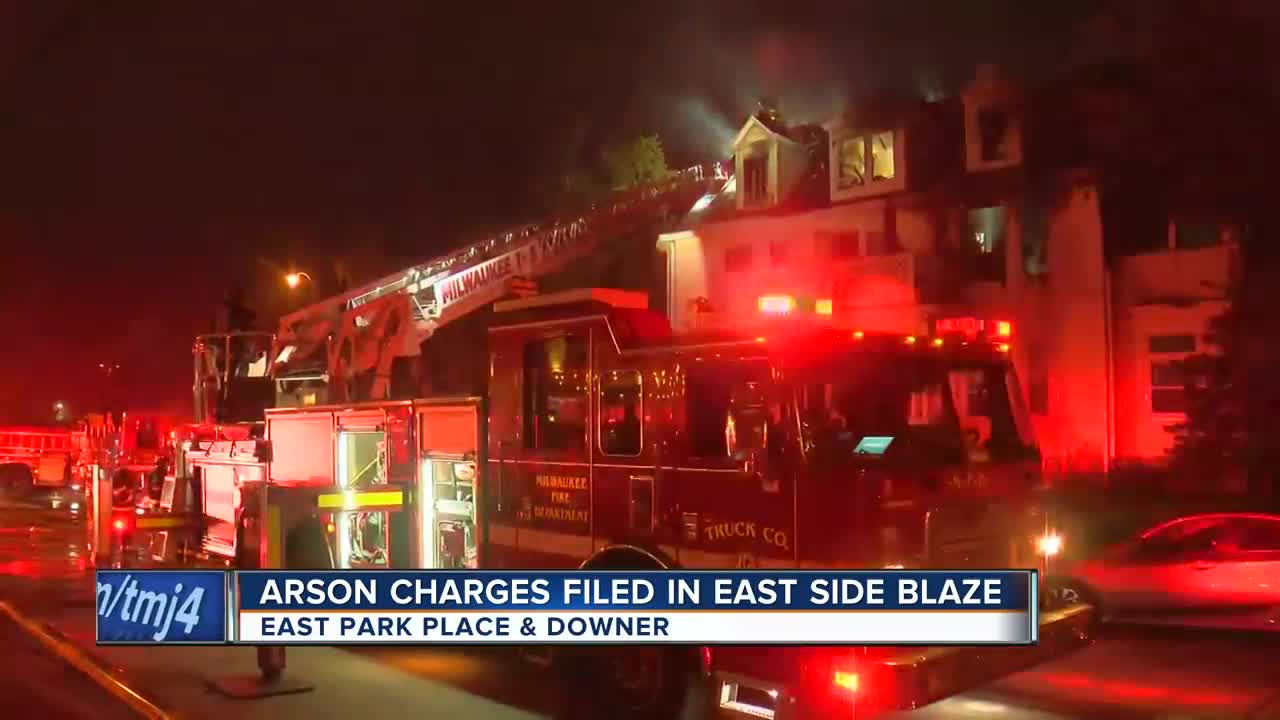 MILWAUKEE — A homeless man has been charged with intentionally lighting an apartment building on fire, causing $700,000 in damage and displacing several residents in August.

52-year-old Paul Wise appeared in a Milwaukee courtroom on Friday, after investigators say that he assaulted a good Samaritan who was taking care of him before lightning his home on fire on Aug. 30.

The incident started when Wise's caretaker climbed into the apartment of a neighbor, saying that Wise suddenly started attacking him "without provocation," according to the criminal complaint. The man looked to his neighbors for help after becoming trapped in his bedroom and eventually jumping down to the lower balcony of his neighbor.

Milwaukee Police received a 911 call from a concerned neighbor about 7:41 p.m. that evening, saying Wise badly injured his caretaker in a fight.

Wise is accused of aggressively punching his caretaker and holding him to the ground, according to the complaint.

Three minutes later, the same caller reported that a fire started on the upper floor of the building.

Fire at Downer and Park Place

The Milwaukee Fire Department conducted a thorough investigation of the incident, saying that the fire started in the apartment where the argument took place.

Wise was arrested and admitted that he was in the building when the fire took place, saying, "things got out of hand" during an argument.

Facing charges of arson, three counts of recklessly endangering safety and battery, Wise could face up to 78 years in prison.