MILWAUKEE -- Some of the best places to beat the heat this weekend may not be an option. Several local beaches are closed or could be closed due to high levels of e.Coli.

The only beach that was closed Friday along Milwaukee's lakefront was McKinley Beach, but just north up the shoreline, Bradford was under an advisory, meaning you could still get sick if you get in the water.

"We figured we'd probably beat the rush and come out to the beach," said Pedro Nolazco.

When temperatures climb into the nineties, as expected this weekend, there's nowhere Nolazco would rather be. 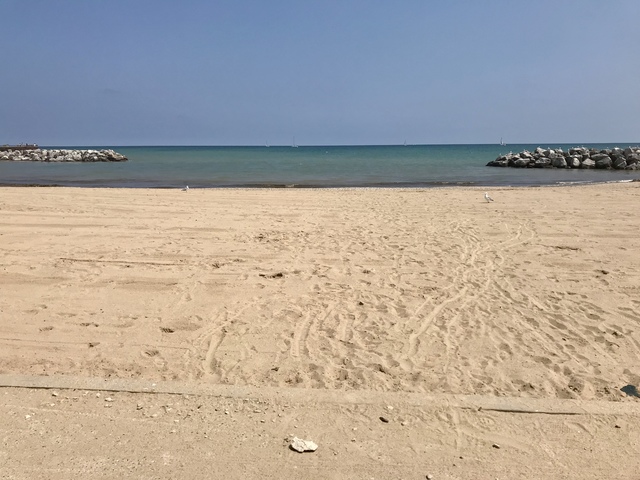 "You might get hot, but you'll cool off fast once you get in the water and get back out," he said.

But bright red signs that read 'beach closed' caught Nolazco's attention before he did just that at McKinley Beach.

"It's something to think about, especially when you have animals, like myself, I have a dog," he said. "I got to make sure she doesn't go out there and get wet or get any animals in her mouth."

e.Coli has been a common problem along Milwaukee lakefront beaches this summer. South Shore has been closed more than a quarter of the days since it opened in the spring.

Friday was McKinley's sixth day closed. Closures have been minimal at Bradford, but a bacteria advisory didn't keep many out of the water including Mark Coman and his son.

"It's a little cold at first when you first get in, but you get used to it pretty fast," Coman said.

While e.Coli may be the last thing they think about as they splash around precautionary measures await.

"As soon as I get home I make sure him and I bathe," Coman said. "Take a shower, wash down real good."