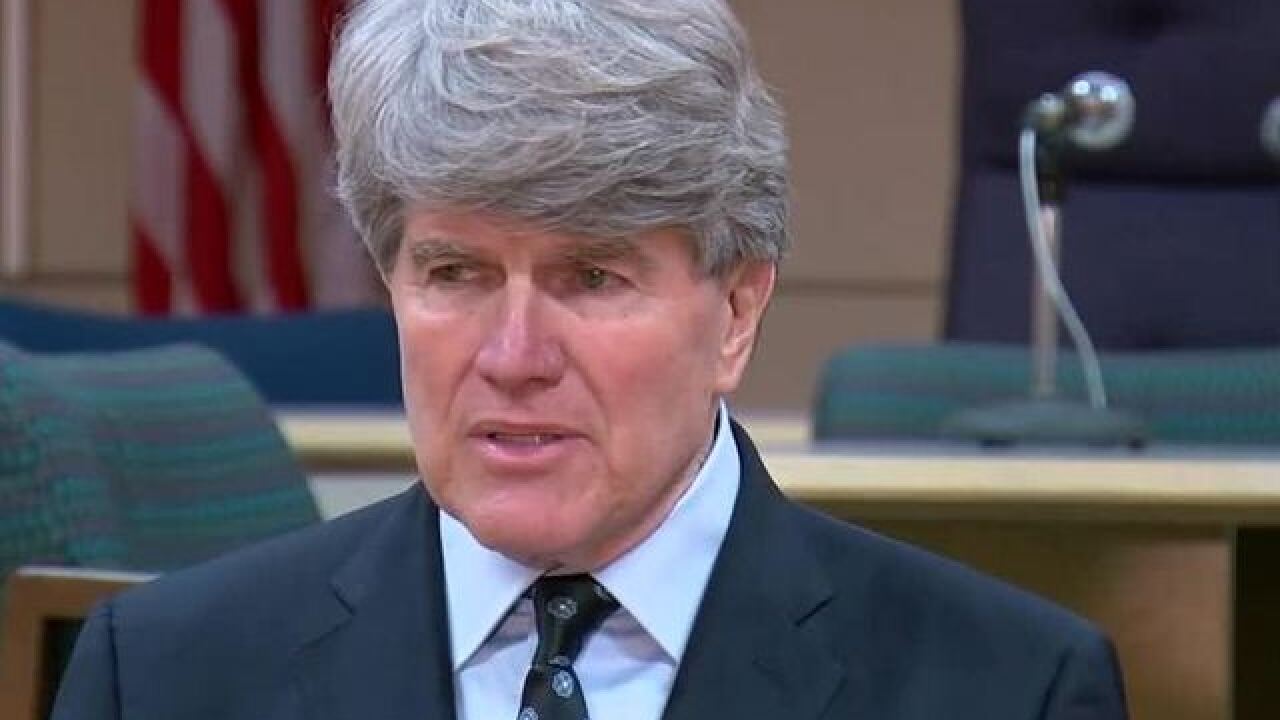 MADISON, Wis. (AP) — Down in the polls with the election just days away, gubernatorial candidate Matt Flynn went after fellow Democrats on Thursday, saying they have a “snowball’s chance in hell” of defeating Republican Gov. Scott Walker in November.

Flynn is one of eight Democrats running in the primary to be decided Tuesday. State Superintendent Tony Evers has a double-digit lead in the polls, meaning Flynn and the others will have to make up considerable ground in the race’s final days.

In a debate Wednesday night, Flynn called Evers “Republican lite” and told him Walker would “have you for lunch” in the general election. In an interview with The Associated Press on Thursday, Flynn broadened his attacks to former state Rep. Kelda Roys and state firefighter union leader Mahlon Mitchell, saying they couldn’t beat Walker either.

“Kelda Roys and Mahlon Mitchell don’t have the snowball’s chance in hell of being nominated or elected in this state,” said Flynn, a former state Democratic Party leader. “They’re not effective campaigns. They’re not going to win. No one believes they’re going to win. The only contrast to Evers is me. The major contrast is Matt Flynn against Scott Walker.”

Mitchell, who is the only black candidate, and Roys, one of two women running, have long argued they are the ones who provide the most stark contrast with Walker. Roys, 39, and Mitchell, 41, are also a generation younger than Flynn, who is 70.

Evers did respond to Flynn’s attacks during the debate, calling them a “cheap shot.” Evers, who was elected in the nonpartisan race for state schools chief three times, is running as a Democrat for the first time.

But Flynn said Thursday that Evers is “politically naive” and “fundamentally a Republican” because of his strong relationships with school boards across the state that Flynn said primarily consist of Republicans. He’s also criticized Evers for praising Walker’s most recent budget as being “kid friendly.”

Evers said in the debate that he praised it because the budget mostly mirrored the proposal Evers put forward.

“What you have is a genteel Republican who is probably fed up with the excesses of Trump and Walker but sails under a flag of convenience,” Flynn said of Evers. “If you want a real contrast with Scott Walker, that contrast is Matt Flynn.”

Evers has long clashed with Walker, signing the petition to recall him from office in 2011 and marching with protesters at the Capitol. But in addition to praising his last budget, Evers has also worked with Walker on a number of education initiatives in the Legislature.

Flynn has refused bipartisan calls to for him to drop out of the race because of his legal work defending the Milwaukee Archdiocese against priest abuse allegations in the 1990s.