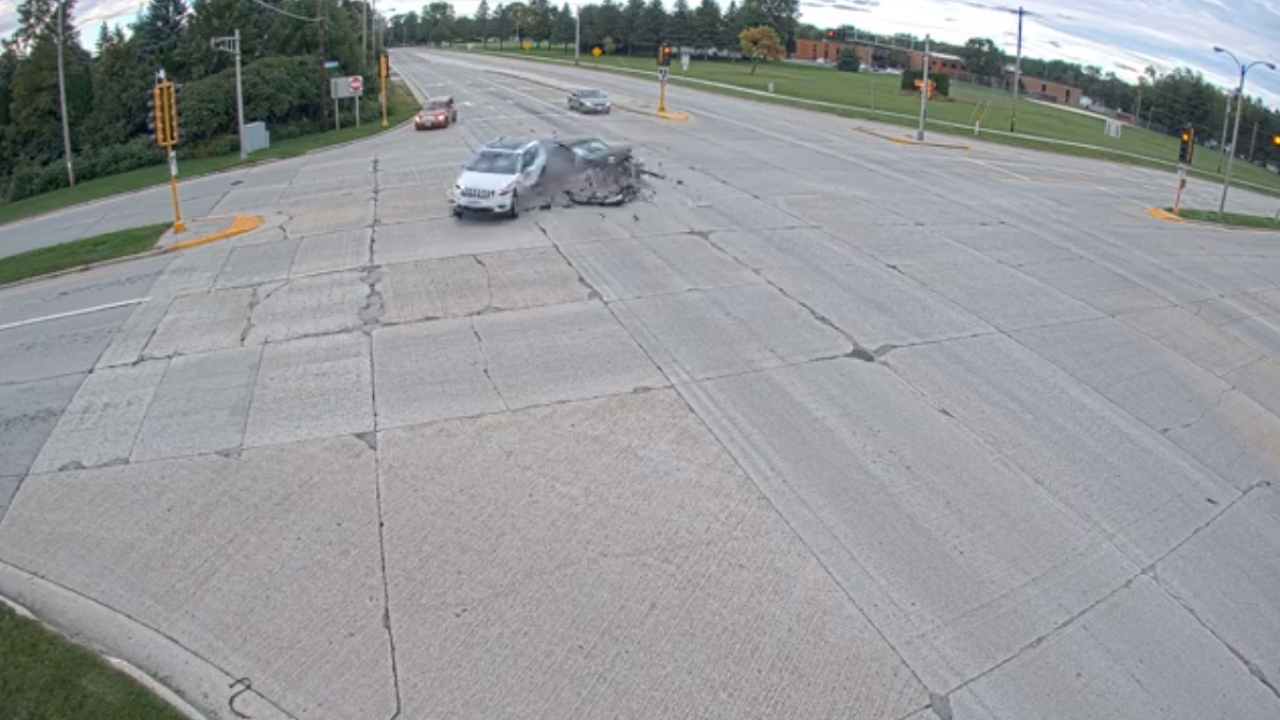 MANITOWOC -- Police are sharing video of a dramatic crash at an intersection that happened Sunday night around 7 p.m.

Police say impact of the crash caused the vehicle to flip over onto its side, trapping people inside. Bystanders who witnessed the crash rushed to help people trapped in the car. Despite the severity of the crash, police say those involved only had minor injuries.

The driver in the white vehicle was cited for running a red light.