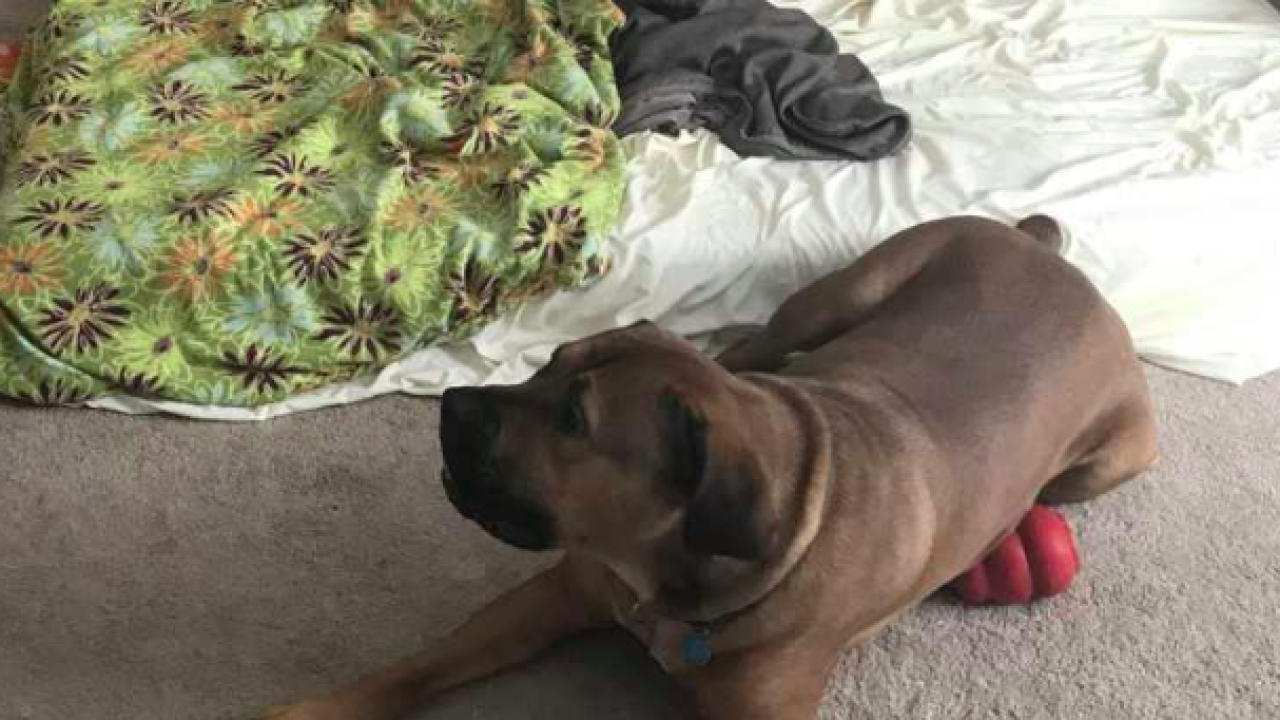 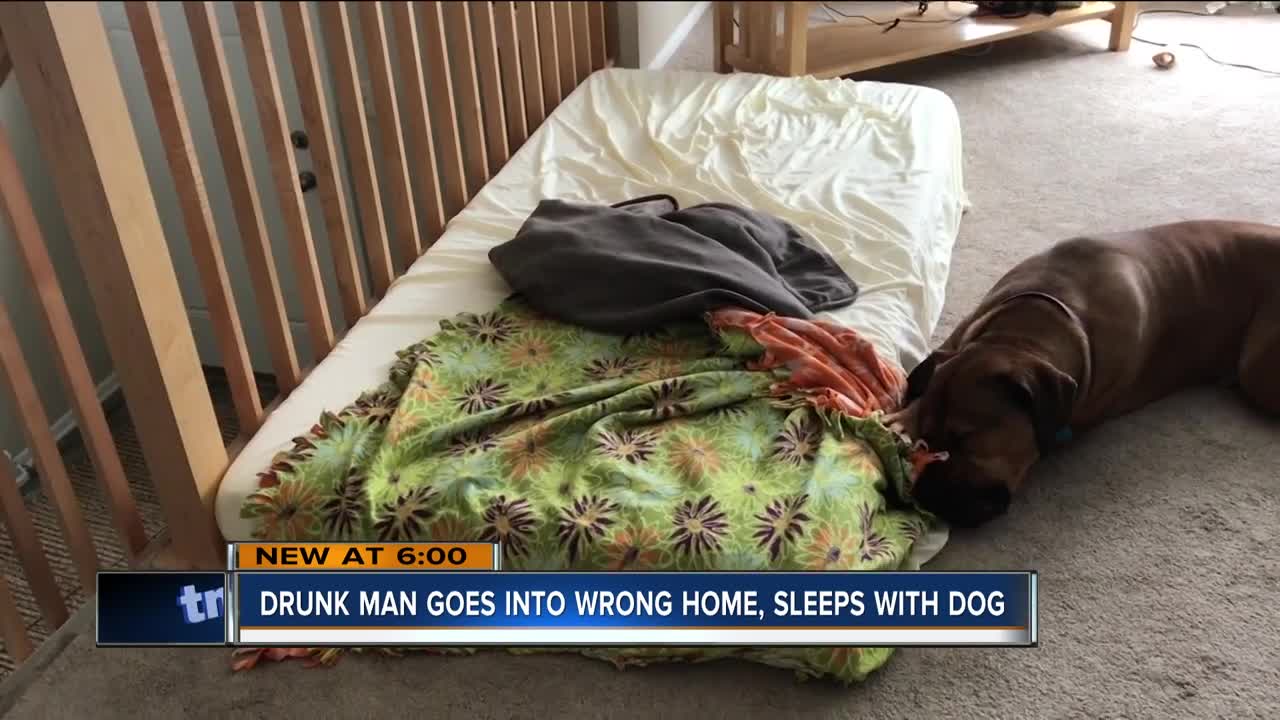 Some scary moments for Waukesha roommates who live on Cardinal Drive.

They woke up this New Year’s Day to find a drunk intruder sleeping in their dog’s bed. That dog, is a 120 pound Mastiff named Benton. Since he's so large, he sleeps in a twin-sized matress.

"My alarm went off at 5:15 in the morning, and I woke up and saw someone laying in the dog’s bed with him," said Sarver.

"I couldn’t see his face. I could only see the top of his head," she said.

The couch is just feet away from where Benton sleeps. Sarver said Benton was laying on top of the man, who had his shoes placed by the bed and his money, wallet and eye glasses scattered on and near the matress.

"I was a little disoriented to see that because he kind of looked like maybe he was my son, but my son was out of town," she said.

"We went into the kitchen, she grabbed a knife and we called 911," she continued. The women waited for police who came and woke the man up. He ended up being a 24-year-old who lives two doors down from Sarver.

The man declined an on-camera interview, but told TODAY'S TMJ4 he was drinking on New Year's Eve at a Waukesha bar and doesn’t remember anything that happened after midnight. He said someone dropped him off.

Sarver said he likely got into her home through the front door. "To be honest, I don’t know if my door was locked or not," she said. Fortunately for the man, Benton is an easy going dog. Sarver said she isn't questioning his skills as a guard dog. "Because these dogs are known to let somebody in the house and not let them out," she explained.

The man has apologized a number of times to Lynn Sarver. She isn’t pressing charges.

Police told her she's lucky no one was hurt.

"It just happened that he was a very nice young kid who made a huge mistake, but they said yeah this could have been a lot worse."

She said she will be making sure to lock her doors every night.