MLB player says he felt a ghost at the Pfister

Scott Steele did some "sluthing around" at the Pfister. 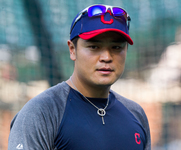 Choi is the latest in a long line of athletes who insist they've encountered some sort of inexplicable phenomenon from flashing lights, rattling chains, and chilly air bursting by.
However, Milwaukee Mayor Tom Barrett believes the player needs to keep his eye on the ball.
“I think he should concentrate more on his hitting than ghosts because I think that's a bigger issue for him,” said Barrett. “He may be seeing ghosts but he's certainly not seeing the fast ball or the curve ball.” 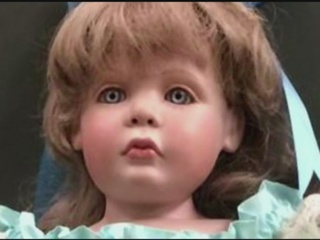 It's not just athletes. Blossom star Joey Lawrence reportedly believes his daughters’ toys took on a mind of their own, when the toys turned on
by themselves at the hotel.
Noah Leigh is the founder of Paranormal Investigators of Milwaukee. His team received the same cold shoulder as TODAY'S TMJ4 did from the Pfister, when wanting to talk about the reported apparitions there.
“Yeah, I would love to come in and test the claims,” said Leigh. “I mean I know the Pfister's concerned that we're going to come in and say, ‘oh this place is uber haunted’ and make it seem worse. But we might come in and say we find no evidence for the claims that have come forward.”
Terry Zychowski of Menomonee Falls is a Los Angeles Angels fan who was outside for autographs. Zychowski has a different thought on this.
“Man believes what a man wants to believe, said Zychowski. “If he's convinced, that's all that matters.”
Scripps Only Content 2015