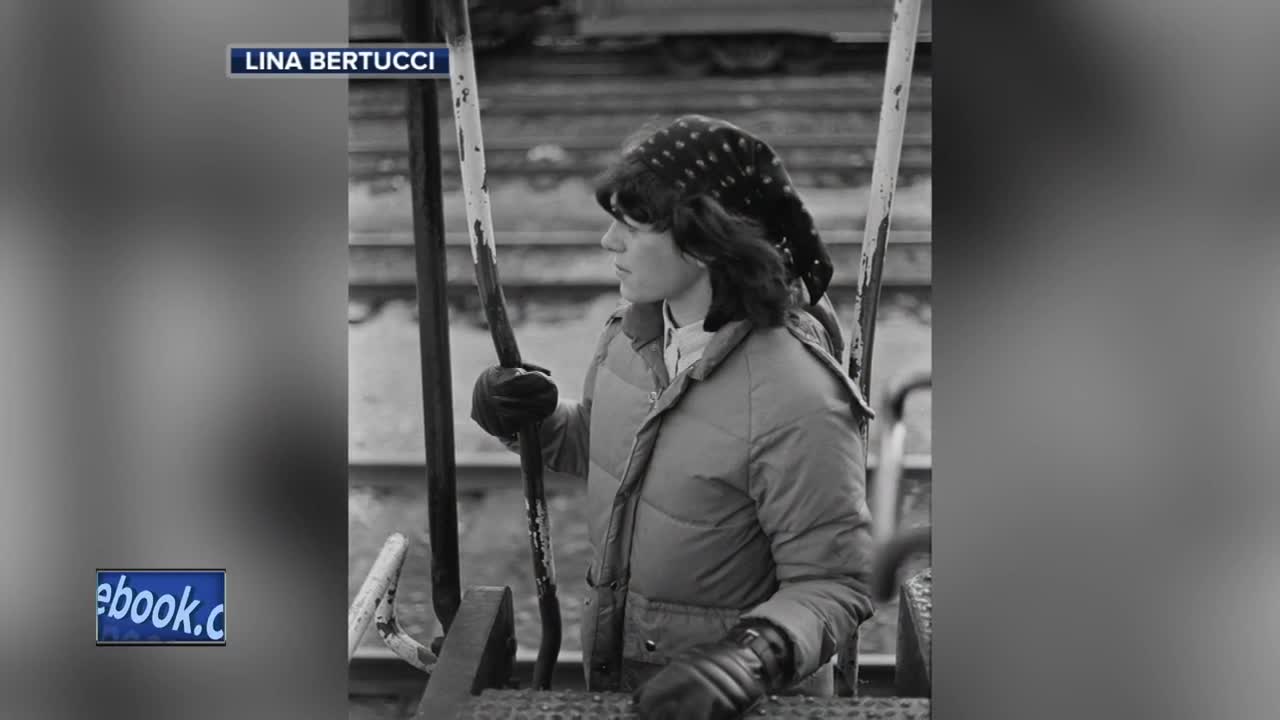 Cindy Angelos was the first female conductor for the Milwaukee Road.

For more than 100 years a company called the Milwaukee Road was one of the largest employers in the City of Milwaukee. It operated from the Menomonee River Valley, where three sculptures now sit memorializing its history. They represent the stories of thousands of workers, including a woman who overcame resistance in a male-dominated industry and became one of the first female train conductors in the Midwest.

When Cindy Angelos started working for the Milwaukee Road, she was surprised by how she was treated.

“I was an anomaly," said Angelos. "Was I a crew member or was I a woman? I didn’t even know that there would be any animosity. I went in there pretty naively.”

Angelos was 23-years-old, hoping to make money over the summer before graduating from University of Wisconsin-Milwaukee, and a male friend working for the Road told her they were hiring.

“There were no other women working there but he thought that physically I would be able to do the job,” Angelos said.

Her first challenge was during her interview when the train master designed questions to change her mind.

However, she pushed on and eventually became the Road’s first female brakeman, and the first in the Midwest.

The job included lots of traveling and physical labor like reconnecting freight cars.

“We had to show them ‘no, we’re here to do our work just like the men. We want to get off and throw the switches,'” she said.

Over time she gained their respect, and within two years she was one of eight women on the Road.

Her two nieces had joined her and she grabbed the attention of newspapers across the country.

Eventually, Angelos was promoted to a conductor.

“I changed a lot of people’s minds about the ability for women to work in the same capacity as men,” Angelos said.

Decades later, Angelos said women are still facing resistance, but she hopes to encourage them to take a chance.

"I persevered and I’m very happy that I did it, and that’s what women need to do. They need to try jobs. Don’t be afraid."

Friends of the Hank Aaron State Trail is leading the sculpture project in the Menomonee River Valley. They plan to install two more sculptures but still need help raising funds. For more information you can visit the organization's website.

Also, you can meet Angelos herself at the Menomonee Valley Community Park on Sept. 25 when she shares her story at an event called Campfire Stories. You can find more details here.