'Like giving birth all over again': Parents, students react to shooting at Waukesha South High School 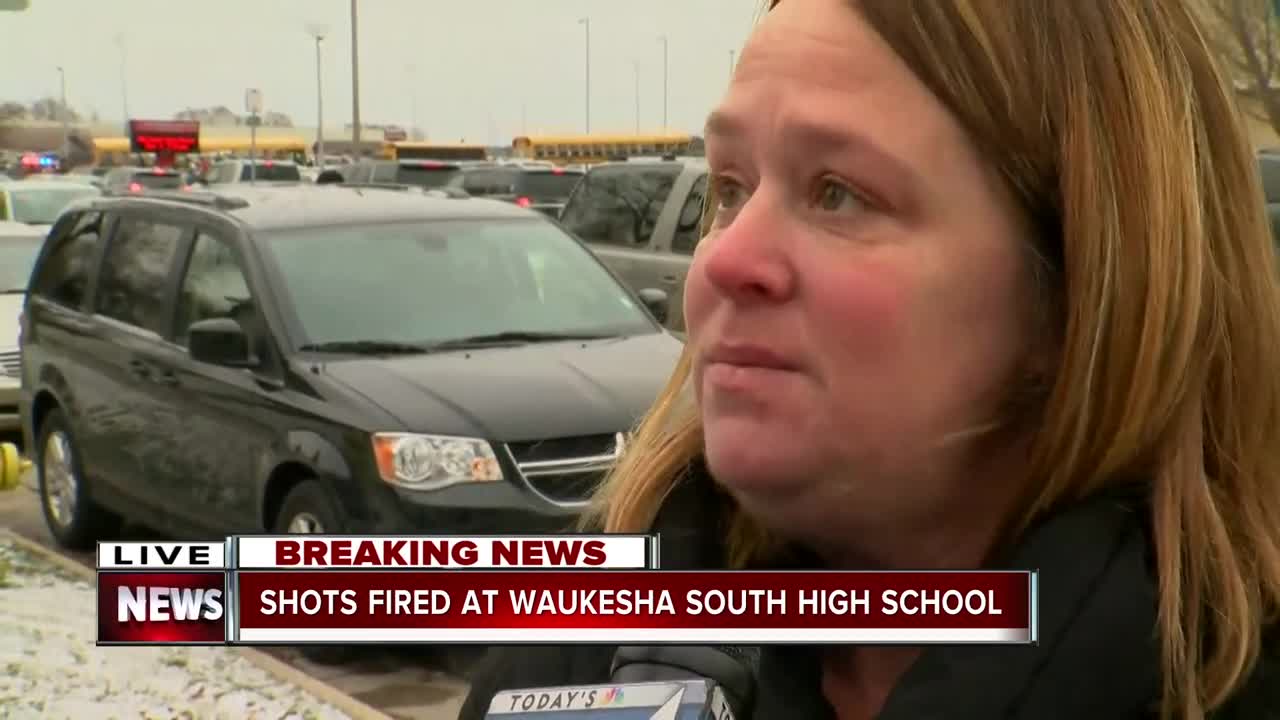 One suspect is in custody after a student exchanged gunfire with a school resource officer at Waukesha South HS Monday morning, a district spokesperson says. We spoke with an emotional mother who said the moment she saw her son was safe was 'like giving birth all over again.' 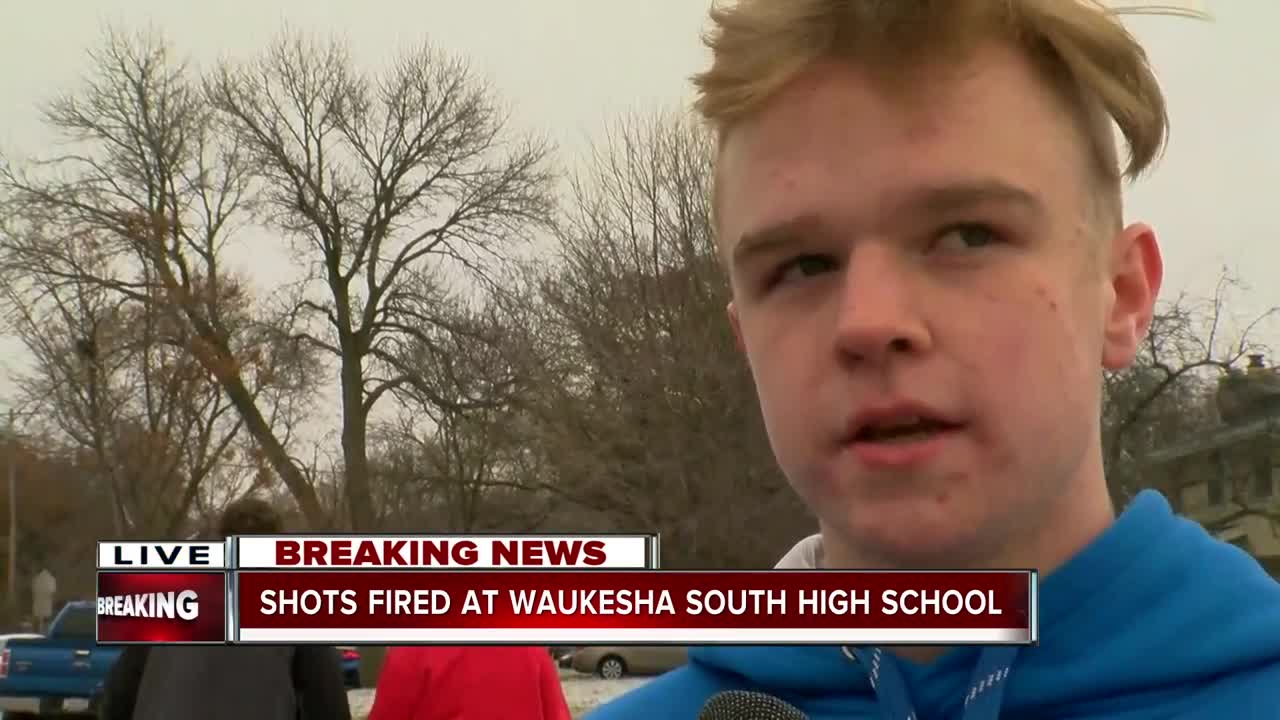 Waukesha South High School is 'safe and secure' after a student was shot by an officer for pointing a gun at law enforcement, police say.

"As a mother it was kind of like giving birth all over again. The excitement of knowing that he was fine," said a local mother. Her son was inside when the situation unfolded.

"It's just like kind of scary that someone would do something like that. Coming to school with a gun and just shooting people for no reason, said Jackson, a freshman at Waukesha South High School.

He was in the gymnasium when he heard an announcement saying "lock down."

"I was in the gym and we went into the locker room. We thought it was just a drill in the beginning. People on the announcements kept saying lock down. They kept saying it, it didn't stop," Jackson said.

Another student who was located in a different part of the building heard loud bangs.

"It was really frightening because I didn't know what was going on. I heard a distant banging. It was a lot," he recalled.

The announcement came on and the announcer came on with a shaky voice. That's when I knew that it was real, said another freshman.

The 17-year-old suspect is in stable condition, police say.