Suspect still at large after shooting 8 people at Mayfair Mall; no deaths reported 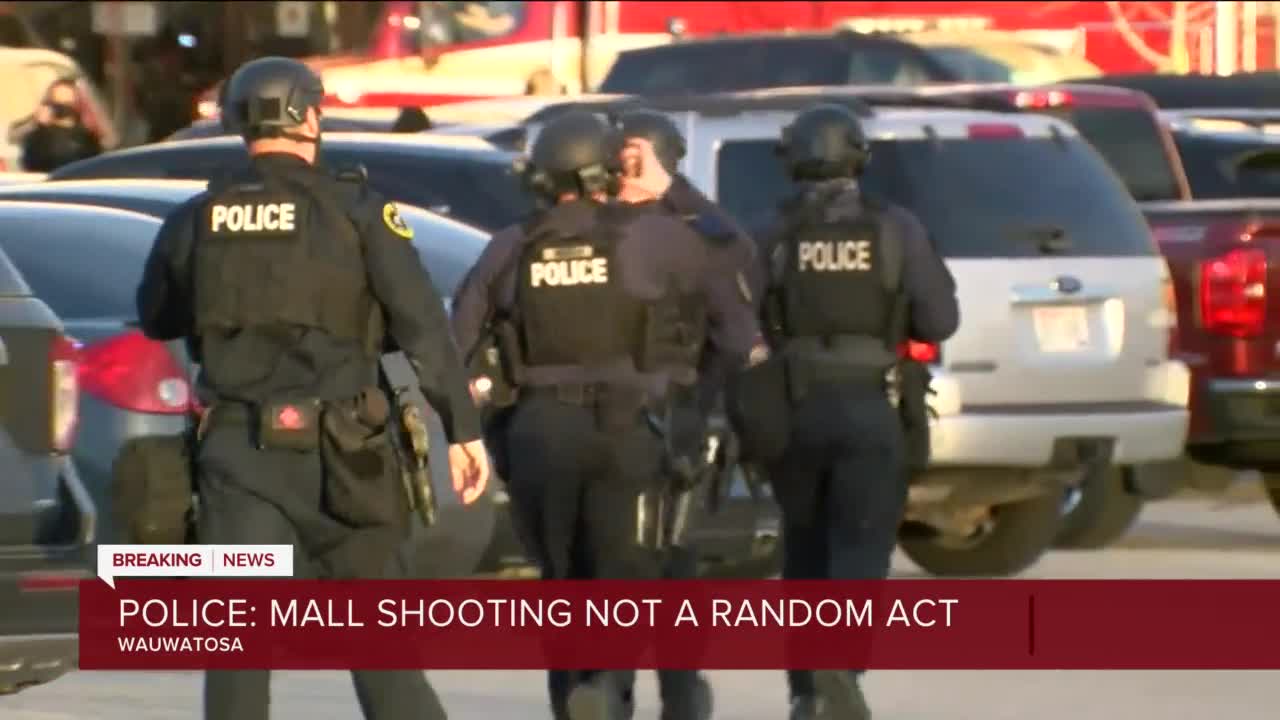 Wauwatosa police said in an update Friday evening that a preliminary investigation has concluded that the shooting was the result of an "altercation." 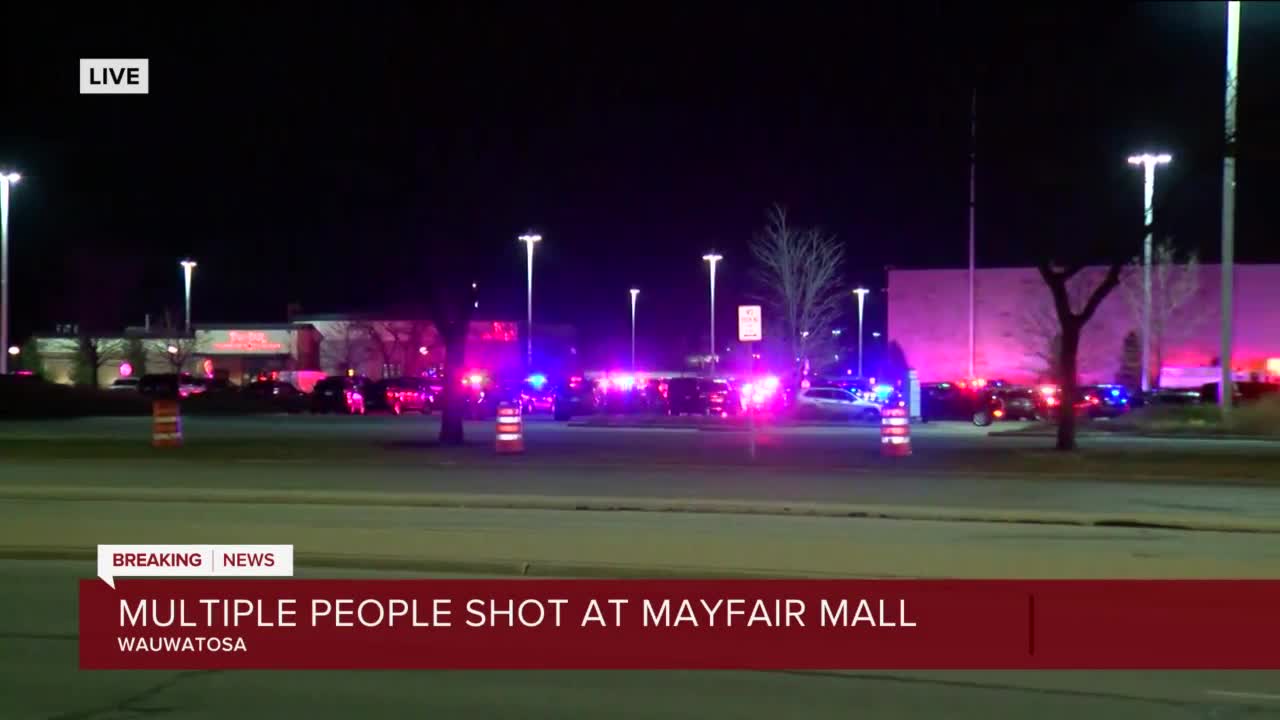 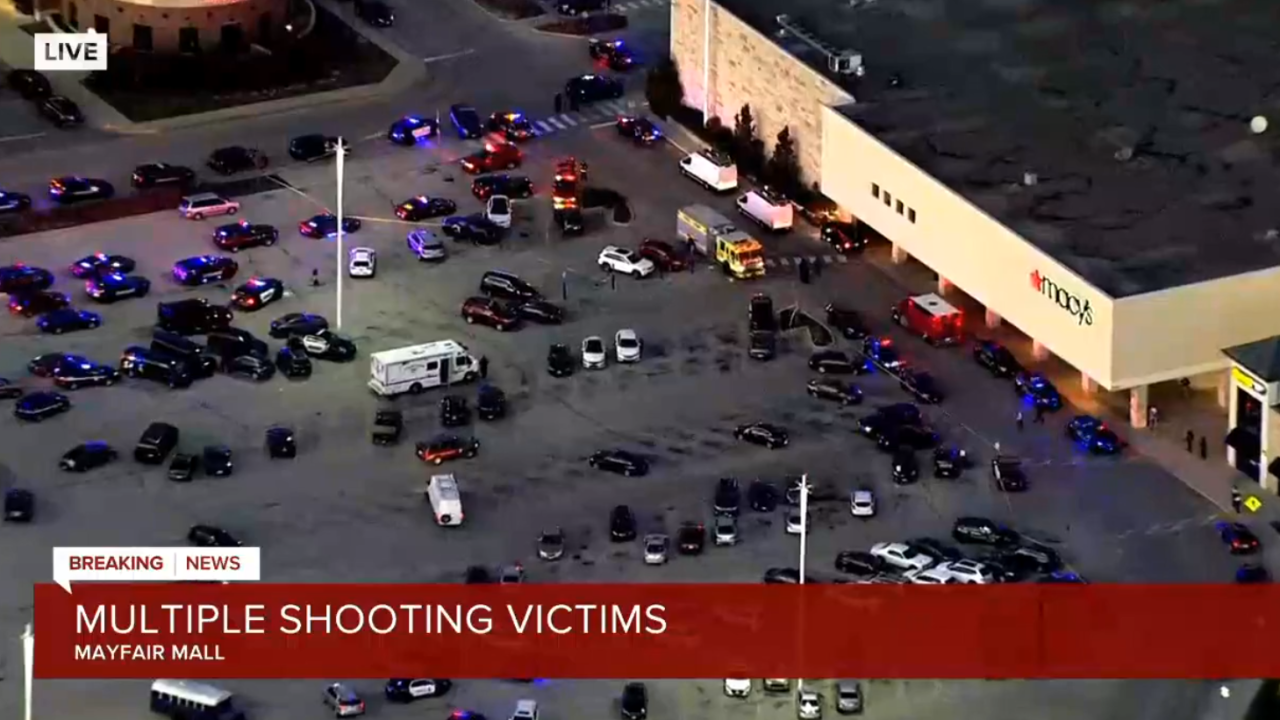 WAUWATOSA, Wis. -- Eight people including one teen were shot by a suspect at Mayfair Mall Friday afternoon, and the suspect is still at large, police say.

Wauwatosa Police Chief Barry Weber said during an evening press conference that seven adults and one teen were injured.

The chief said that preliminary witness accounts identify the suspect as a white man in his 20s or 30s. He added that police are not sure the suspect is still at the mall, but they are seeking to identify that person.

Weber confirmed shots first rang out around 2:50 p.m. near an entrance to the Macy’s store. When law enforcement arrived, though, the shooter was no longer at the scene.

Wauwatosa police said in an update Friday evening that a preliminary investigation has concluded that the shooting was the result of an "altercation."

The department adds that the mall has been cleared and is secure. The mall's management told the police department that Mayfair Mall will be closed Saturday, Nov. 21. Police will remain at the mall into the night.

The Mayfair Mall property has been cleared and is secure. Mayfair Mall management has indicated that the mall will be closed tomorrow, Saturday, November 21. Law enforcement personnel will remain at the mall into the night processing the scene.

The chief says a family reunification center has been set up at the At Home store located at 3201 N. Mayfair Rd. in Wauwatosa.

Anyone with information is asked to contact the Wauwatosa Police Department at (414) 471-8430.

Earlier video from the scene shows several people being lifted into ambulances. Armored cars, squad cars and other vehicles were scattered across the mall's sprawling parking lot.

Wauwatosa police earlier tweeted that they are actively investigating an incident at the mall. They say the mall is closed and ask people to use alternative routes in the area. The FBI tweeted that it is currently supporting local law enforcement's tactical response to a "shooting incident" at Mayfair Mall.

Police radio records obtained by TMJ4 News show some of what transpired:

One man learned that his uncle had been shot and his cousin was still trapped in the mall, as police searched for suspects.

"My concern for my uncle was the main thing, because I knew he got shot. But I didn't know anything about my cousin at all. When I got here, the whole ride up here I was literally scared and nervous, I didn't know what was going on exactly. Then I spoke to my cousin, he called back, he said, 'I'm fine. Uncle got shot, got shot twice in the leg.'"

He said his strongest emotion was anger. "This is stupid. Why would people do this, just run into a crowd and start shooting for no reason? Doesn't make any sense to me. I'm concerned about my cousin of course, but at the same time, I'm furious about this incident. Like why would you put people at risk, you've got kids, toddlers, little babies that don't deserve this."

Another witness recounted: "A guy walked in Macy's and apparently just started open firing on people. And as he walked out into the mall area, he started shooting, people just starting running."

One man recalled scores of people running out of the building, and hearing upwards of a dozen gunshots. An owner of a business at the mall said he heard as many as 15 gunshots.

Mall owner Brookfield Properties said in a statement they were “disheartened and angered that our guests and tenants were subject to this violent incident today.”

Macy's, which appears to be the site of the shooting, released a statement saying that "We are saddened about the incident tonight at Mayfair Mall, as the safety of Macy’s customers and employees is our top priority. We are working closely with the Wauwatosa Police Department and local officials on this investigation and defer all comments about the case to local authorities per policy."

The Milwaukee County Medical Examiner tweeted that they are not responding to the incident, indicating no one has died at the scene.

Members of the Milwaukee County Sheriff's Office, the Federal Bureau of Investigation, Wauwatosa Police, Wisconsin National Guard, ATF and other departments responded to the mass shooting.

Mayfair Mall was also the site of a shooting in February, when a Wauwatosa Police Officer, Joseph Mensah, shot and killed Alvin Cole, a Black 17-year-old. The mall was the place of protests in the wake of the shooting.

The Milwaukee County District Attorney decided to not file charges against Mensah. Mensah has since signed a separation agreement in which he will be paid at least $130,000 to leave the police department.

Our hearts go out to those who were injured in the shooting at Mayfair Mall today. Kathy and I are thinking of them and their families and wish them a full and speedy recovery.

The tragic violence at Mayfair Mall in Wauwatosa today is horrifying. My heart breaks for the victims and their loved ones. Thank you to our first responders for their brave and rapid response.

Police are actively investigating an incident at Mayfair Mall. The mall is currently closed. Please use alternate routes to get through the area. For the most accurate information, follow our official social media on Facebook and Twitter.

MCMEO is NOT responding to Mayfair Mall. We are responding to the homicide of an adult male in the 4800 blk of W. Hampton. @MilwaukeePolice investigating.

Update: Mayfair mall is currently on lockdown; please stay away from the mall area. According to law enforcement this is still an active situation and the perpetrator may still be at large.

Milwaukee Field Office @ATF_Chicago agents are responding to a shooting incident at the Mayfair Mall in Wauwatosa, Wisconsin. For up to date information please follow @WauwatosaPD pic.twitter.com/r01vE54r2A