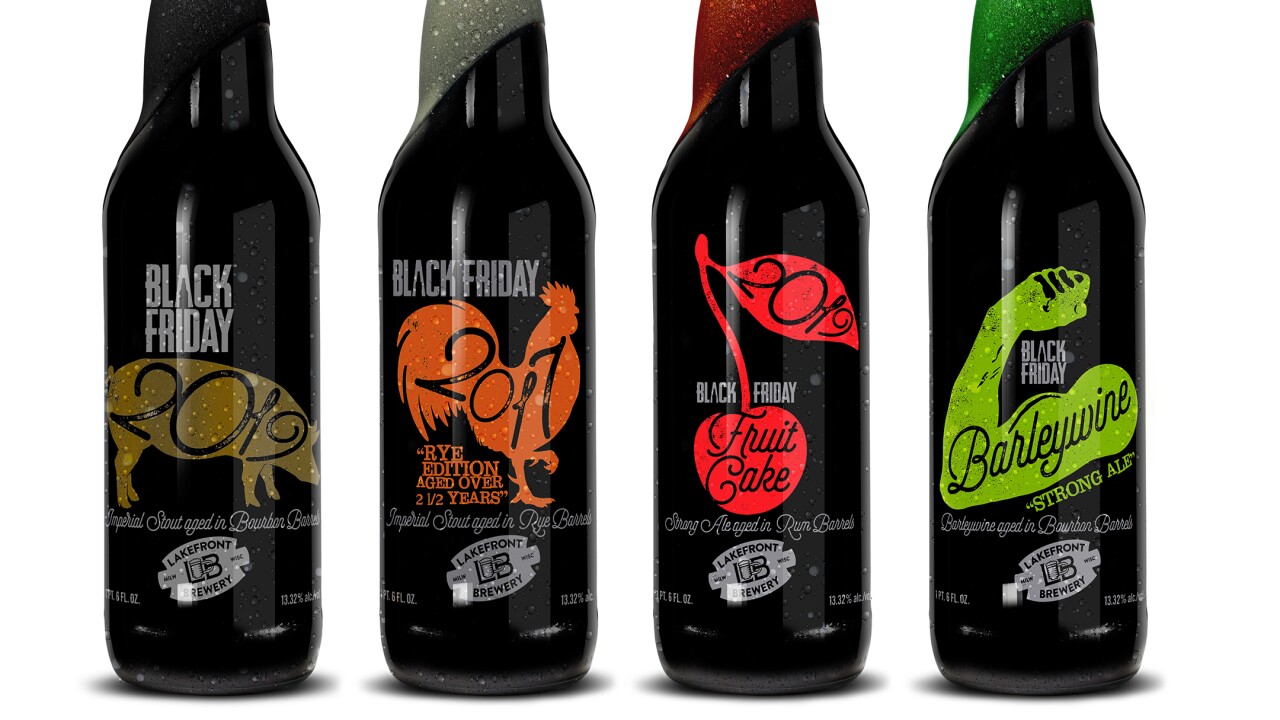 MILWAUKEE — Lakefront Brewery announced Tuesday that this Black Friday will be their biggest one yet.

In 2012, Lakefront Brewery released their first Black Friday beer. Since then, each year the anticipation has grown for the limited-release beer.

In past years, thousands of people have stood in line, arriving as early as the day before Thanksgiving in anticipation of the beer release. This year, Lakefront Brewery says customers may want to arrive even earlier.

"In the past couple of years, we’ve offered the regular Black Friday as well as a Vintage Reserve blend. This year, it’s an amazing collection of high-gravity, single-cask beers," said Lakefront Brewery’s Brand Manager, Michael Stodola.

The brewery is planning to unveil five very limited varieties of the Black Friday beer.

Customers can expect to purchase two, four-packs of their favorites. The first four-pack contains three 2019 Black Friday bottles and one 2017 Rye Barrel edition. The other four-pack will have two Fruit Cake Strong ale bottles and two Barleywine bottles. The brewery is also predicting that the first 100 or so will be able to purchase the 2014 bottle of "super-smooth, velvety, chocolaty, five-year old Black Friday."

"The 2014 Black Friday has been sleeping in just two bourbon barrels for 5 years, 10 months. Due to barrel evaporation over that period of time, the number of bottles is extremely small," said Lakefront Brewery Brand Manager Michael Stodla.

The doors open at 8:00 a.m. on Black Friday and the beers are first come, first serve.

“We’ve got the CurdWagon going and plenty of brew for all. Come on down and grab your fair share," said Lakefront Brewery President Russ Klisch.