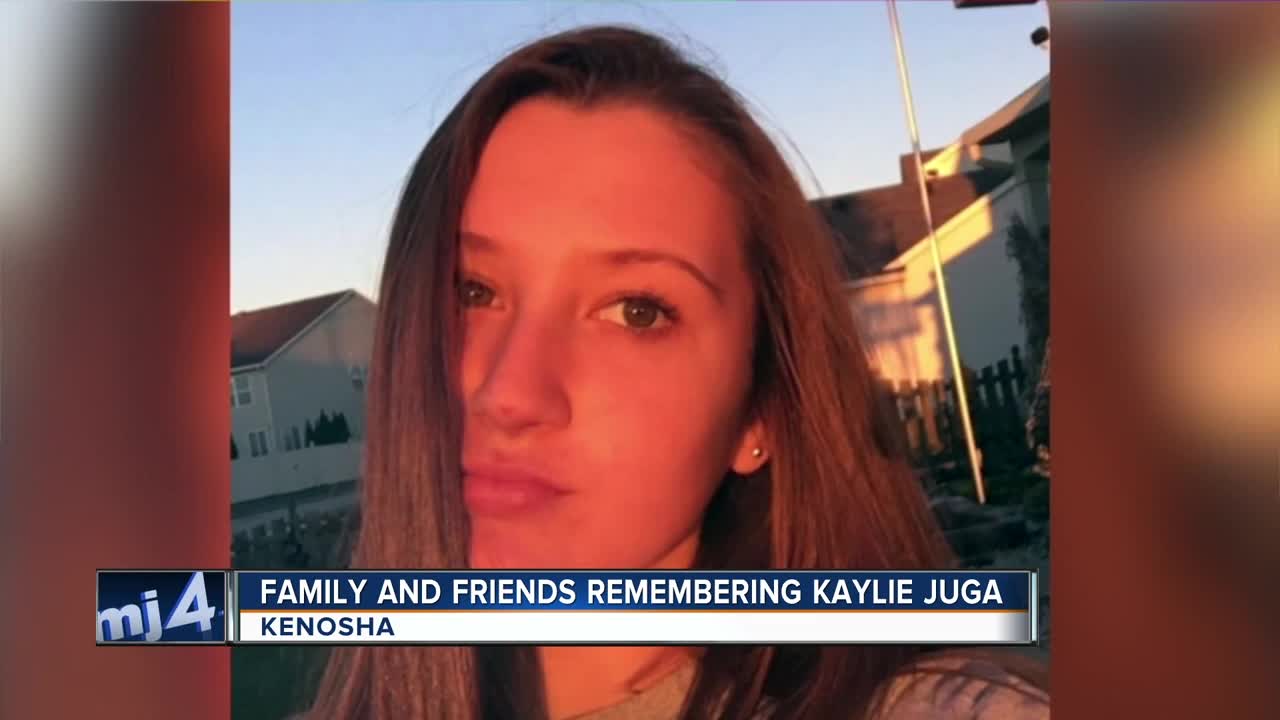 A memorial to honor a teen who was murdered will go on as planned at a high school football game Friday. Earlier this week, it remained in question when the school district said it wouldn’t allow it.

KENOSHA — A memorial to honor a teen who was murdered will go on as planned at a high school football game Friday. Earlier this week, it remained in question when the school district said it wouldn’t allow it.

A few days ago, Nick Juga was outraged speaking on a WLIP radio show after the Kenosha Unified School District banned a planned tribute at Bradford High School for his daughter, Kaylie.

Kaylie and her mom were shot inside their Kenosha home in May. Her ex-boyfriend, Martice Fuller, is charged with the crime.

“There is no neutral standing to this. My daughter was murdered. She didn’t do anything wrong. She was in her room, and she was murdered,” Nick said. “My wife was shot trying to give CPR to my daughter who was murdered and they can’t do a moment of silence or a five-minute cheer. Ridiculous.”

The school district originally said the cheerleading team couldn’t hold a memorial at the football game during halftime, based on legal advice to remain neutral.

Nick said the suspect's family wanted to memorialize him as well by having his stepbrother, who is also on the football team, wear his number.

The situation rallied the community with signs in tribute to Kaylie all over the city.

Mars Cheese Castle put up a flashing sign outside the business encouraging people to wear blue for Kaylie. Renee Strupp, who works for Mars, got emotional seeing the message honoring her great-niece, Kaylie.

“Happy and a tear in my eye,” Strupp said.

Co-manager Natalie Broussard said it was important to get involved.

“When we saw all of the community was giving for this cause, we wanted to show our support, and this was one way we thought that we could do that,” Broussard said.

Local businesses also put together another event at the Kenosha Union Club, across the street from the football field, that would be held at the same time as the game.

“It took all of us as a community to raise our voices and do something about it. It should not have had to come to that to get to this point,” Schmitz said. “His family can still see him. Kaylie’s family only has memories and everything that us as a community do to keep her memory going.”

Now after the district reversed its decision, the game and the event just across the street will go on, and will hopefully bring some support to a family that is still grieving.

“Kaylie was taken violently away from her family and away from the community. Kaylie should be honored by all means,” Schmitz said.

“I think it helps my sister and my niece to know that there are still people out there trying to reach out and give them the hug that they need,” Strupp said.

The school district told TODAY’S TMJ4 that Fuller’s stepbrother will not be allowed to wear Martice’s jersey during the game.

“Kaylie was taken violently away from her family and away from the community. Kaylie should be honored by all means.” Danielle Schmitz

The football game was scheduled to start at 7 p.m. Friday. The event across the street at the Kenosha Union Club was set to start a little before then.