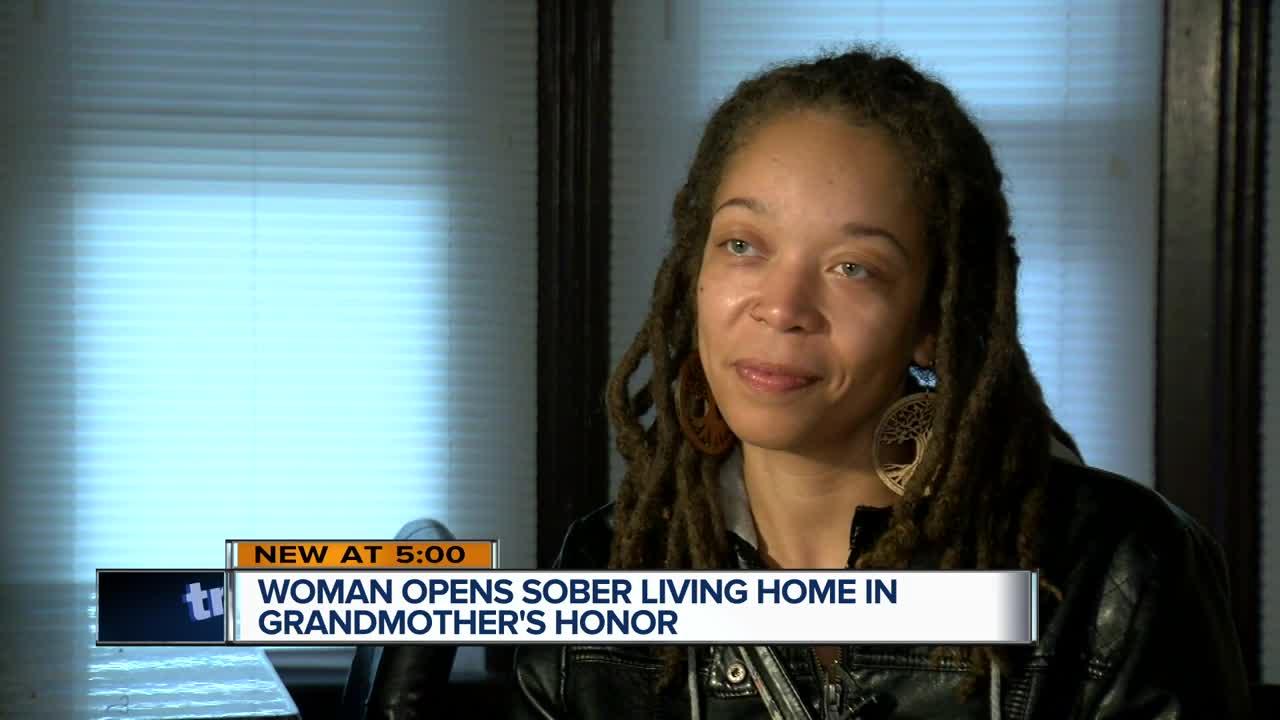 Mercedes B. opened up a sober living home in honor of her late grandmother who fought addiction.

MILWAUKEE — Mercedez B. has never battled addiction, but she’s seen it up close.

She watched for years as her Grandmother Joyce finally broke free of addiction's grip in 2001. It was a 33-year-long journey.

Joyce wasn’t alone, helping other women dealing with drug and alcohol addiction get back on their feet by watching their children while they’d go on job interviews, or even cooking on the holidays.

“She helped other women who struggled with addiction and women who had been out on the street,” Mercedez said.

Joyce was sober for 14 years. She died on November 22, 2015. Leaving behind a city, and a world, plagued with a growing addiction problem.

“I had a dream within that weekend of her passing, and it was a dream of Joyce’s House,” an emotional Mercedez said. “It was a place where I saw women. It was a lot of women who were happy, and they were getting themselves together.”

In October, “Joyce’s House” was official. Mercedez tore apart a ribbon and the north side house opened to those in need.

“She would say, ‘Babyface. I’m so proud of you. You changed our family dynamic.’ That’s something she would say,” Mercedez said when asked about Joyce’s possible reaction to opening the space.

According to statistics from the Milwaukee County Medical Examiner’s Office, 302 people died from opioid-related overdose deaths in 2018. 94 of those deaths were women, accounting for 31 percent.

“Having other people, I don’t truly understand the magic of it. If not feeling alone. But there is a magic in it,” said Kimberly Bruss.

Bruss lived in another sober-living facility for six months as she battled cocaine and alcohol addiction. She credits her support system and hopes for more women-focused living facilities.

Mercedez hopes Joyce’s House will continue to impact women in the same way her grandmother did.

“It’s for people who are recovering. They need to recover. Who is going to rebuild this. These are our women. We have to take them back,” she said.

Joyce’s House will welcome its first residents in October.