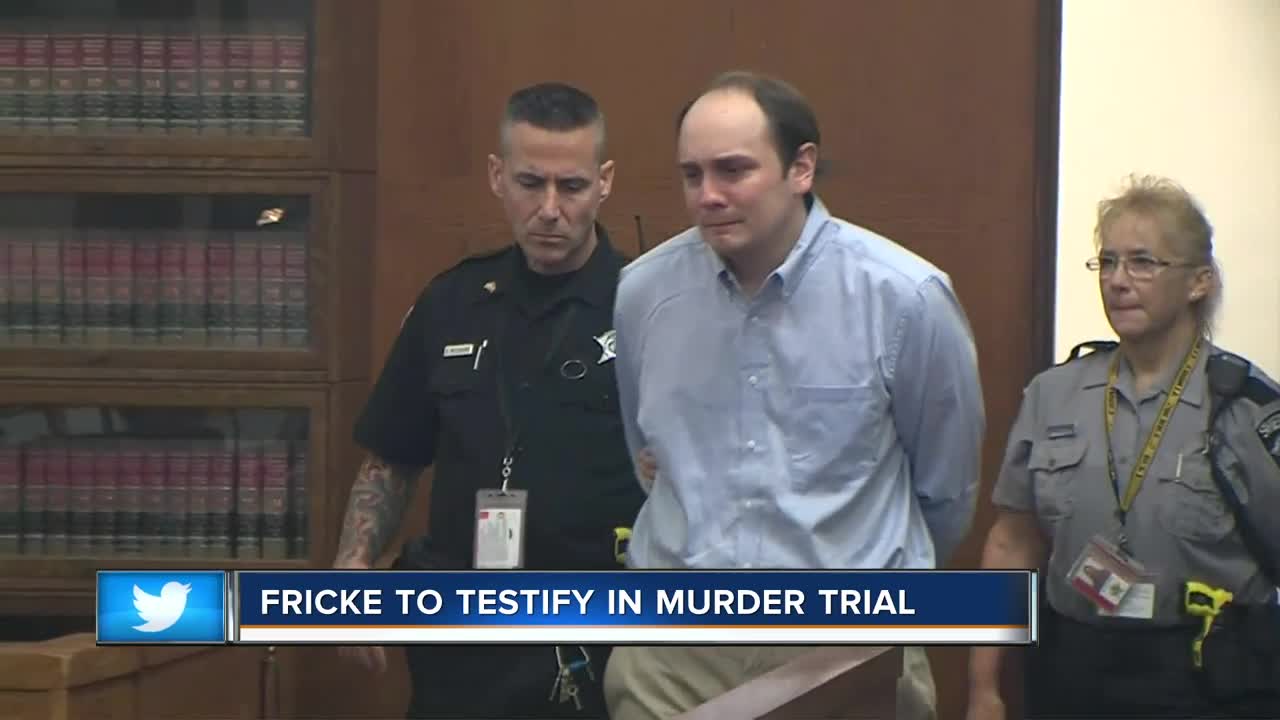 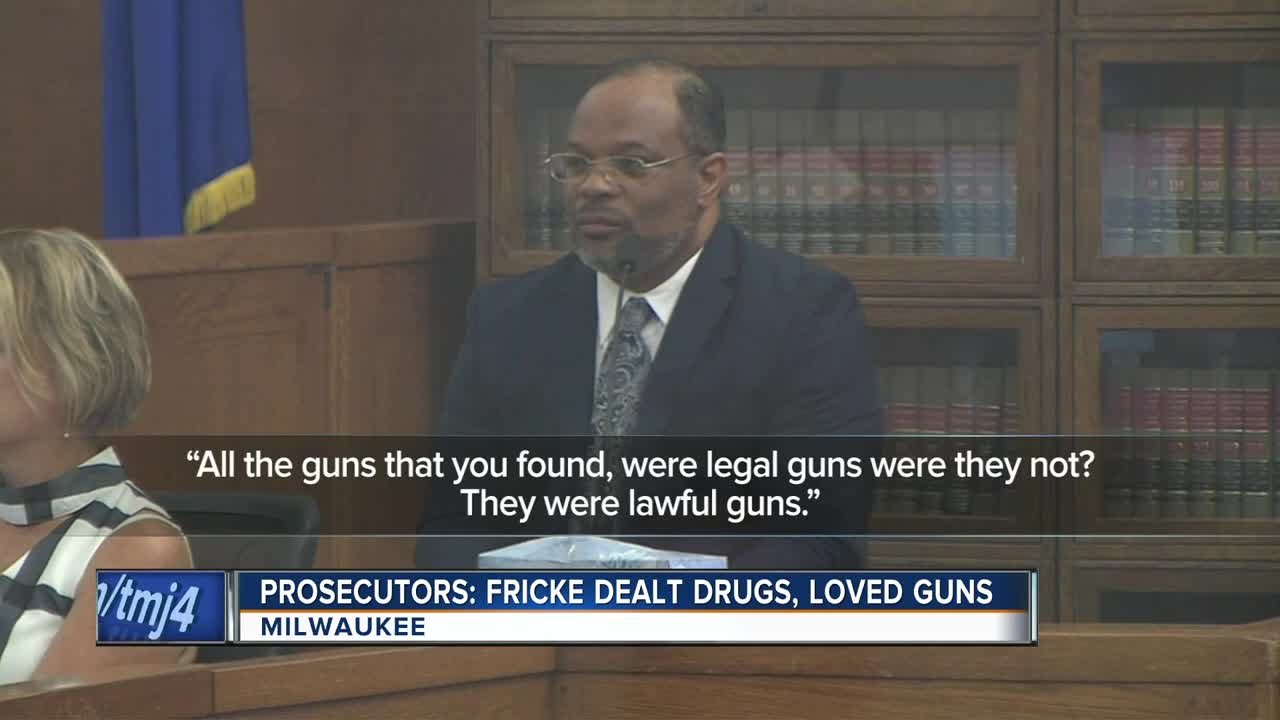 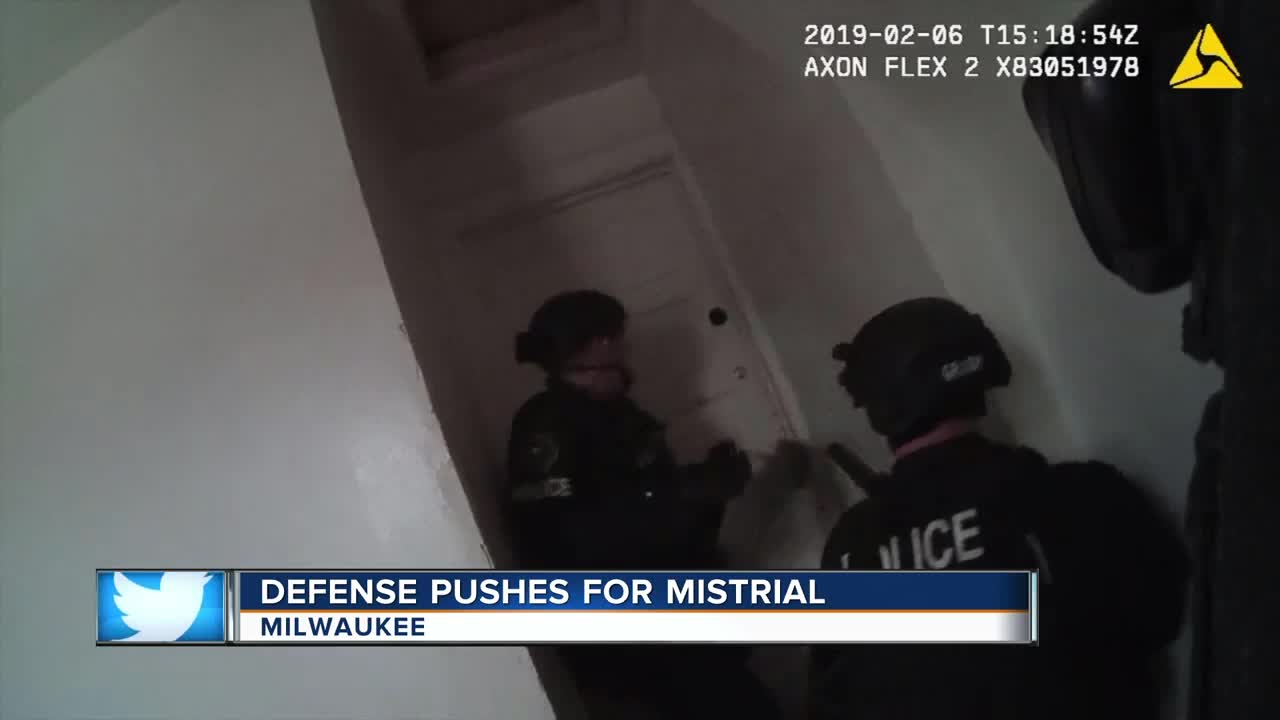 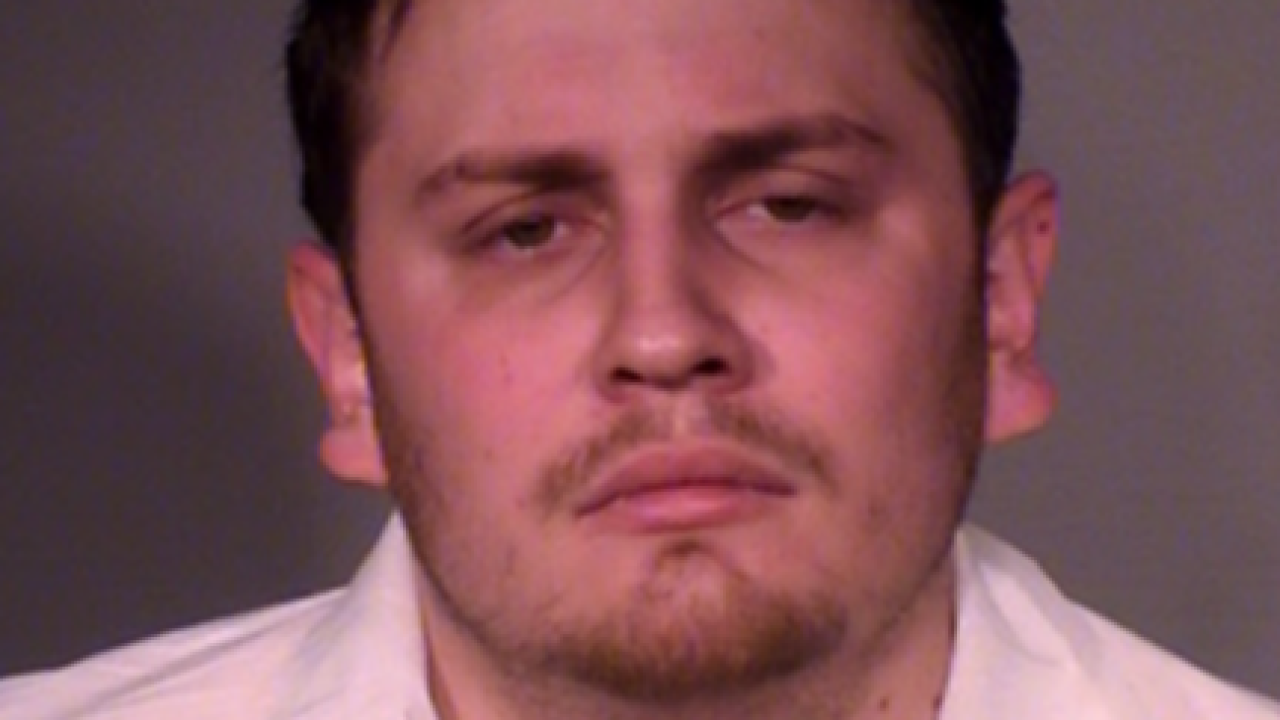 MILWAUKEE — UPDATE 3:05 p.m. -- The jury has reached a verdict and it will be read soon. Watch live below:

UPDATE 2:09 p.m. -- The case has officially been handed to the jury, which will begin deliberations.

We will bring you another live stream when the jury returns with a verdict.

Fricke is accused of fatally shooting Rittner on Feb. 6 as the police officer was executing a search warrant at a Milwaukee duplex.

Fricke entered the courtroom early Thursday, looking emotional as he took his seat for Day 4 of his trial. Four days of the prosecution cultivating an image of what it wants the jury to believe about Fricke: a drug dealing, gun-toting gangster.

"With gangster posters all over his walls, wants to sell drugs, weapons, that's the guy who fired at Matt Rittner," District Attorney John Chisholm said Tuesday. "That's the gangster wannabe."

The defense has been steadfast about Fricke's intent. They admit, yes he pulled the trigger of an AK-47 pistol but only because he feared someone, not the police, was trying to get into his home.

"No one would ever think the police department would enter your home in such a violent fashion," Defense Attorney Michael Chernin said. "He does not know what's on the other side of the door."

While all of the emotional testimony was overwhelming to hear, the bulk of the testimony reiterated one thing over and over again. Police officers announced themselves many times by voice, over loudspeaker and while wearing uniforms, clearly marked "POLICE" on the front and back.

However, Chernin was persistent to remind the jury none of the officers know what it was like behind Fricke's door. The first time that view came was Wednesday, when Fricke's girlfriend testified what it was like standing next to her boyfriend as she heard bangs at the door.

"The whole thing happened so fast," said Kylie Powell, Fricke's girlfriend. "To say how long counting, one-one thousand, two-one thousand, there's way too much going on, and I was extremely scared of what was going on. I don't know if my recollection or what I'm saying could be taken as pure fact."

After the emotions of Wednesday's testimony settled down, Thursday was filled with the state trying to prove Fricke's role in selling marijuana and guns. The difficulty is no illegal guns or marijuana were found in his apartment after Rittner was killed.

However, police executed a "controlled buy" of marijuana using a criminal informant before the incident Feb. 6. The criminal informant, armed with his own surveillance camera, bought marijuana from Fricke at the home on 12th Street. During the conversation, Fricke talks about the difficulty he and an unnamed person had buying guns at a gun show.

"It took him almost an hour for him to pass it," Fricke said, allegedly referring to someone passing a background check to buy a gun.

"That's how long it took for me to pass it," the criminal informant responded.

The state never proved Fricke had sold the guns to someone such as a felon; often referred to as "straw-purchases" or "time to crime" purchases.

"Time to crime is the time the firearm is purchased to the time it has been recovered by law enforcement," Ayala said.

Chernin denied the proof the state had, saying the only source they had for the information of Fricke purchasing the gun to sell was from a criminal informant who sold the weapon to a felon.

"Did you bother to check with 'Mr. Felon Purchaser?" Chernin asked. "Who he purchased the gun from? The only source which you're relying on is (the criminal informant)? It requires you to believe the truthfulness of someone who committed a crime and is blaming someone else?"

Court resumes at 8:30 a.m. with Fricke taking the stand. Closing arguments will take place before the jury is given the case for deliberations Friday. Stay with TODAY'S TMJ4 for further updates on his testimony.