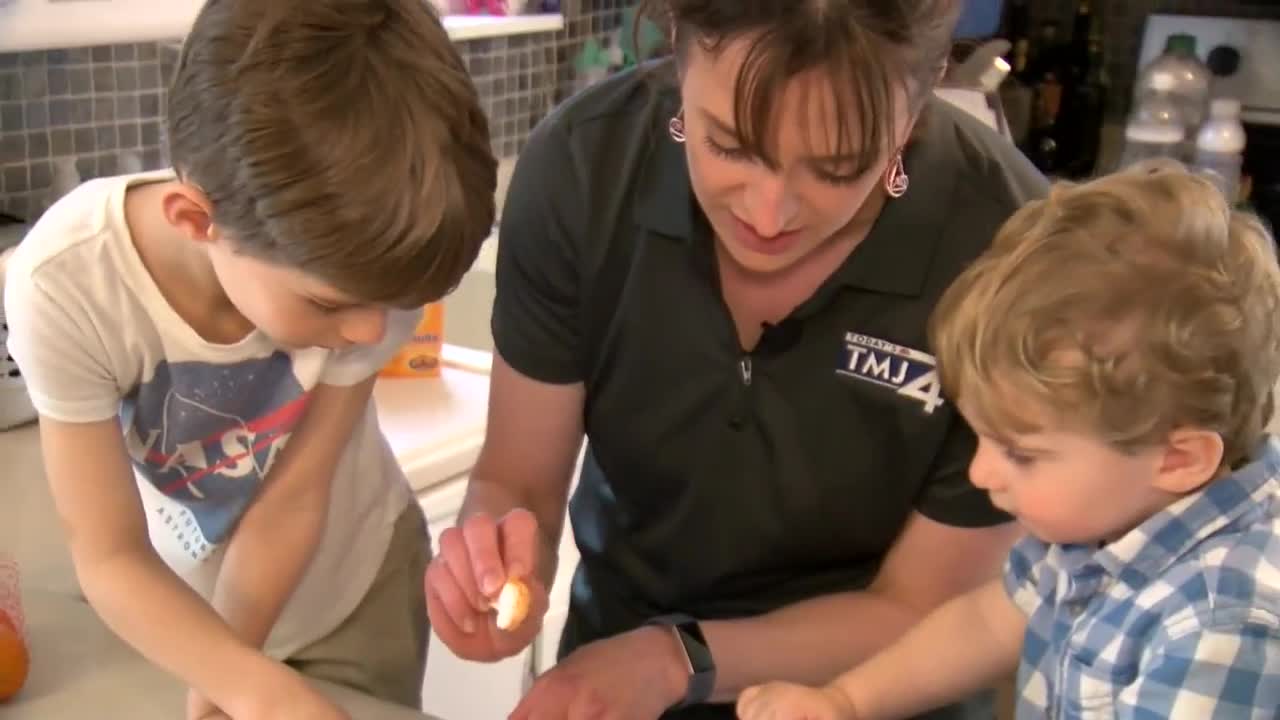 Meteorologist Jesse Ritka is at it again, this time she has an edible experiment for the kids to try at home.

WISCONSIN — Cloud in a Bottle Experiment

Cloud in a Bottle Experiment

Okay, so here's another fun experiment you can make a cloud in a bottle.

What do we need to make a cloud: we've got water in here and air but you also need either a temperature change like a cold front or a change in pressure.

Well let's squeeze the bottle to put different pressure on there. That's not doing anything to it so we need something for us to be able to see the cloud.

So, up in the air there are either dust or dirt particles, well we don't have those that we can just throw in there so that's what we've got the matches for so we're going to create some soot.

Alright so by doing this we are going to strike the match, and put it in there. Now there's little soot particles from there.

We now need that change in pressure so we've got to squeeze it. Alright, so here's your high pressure, no clouds.

Meteorologist Jesse Ritka is at it again, this time she has an edible experiment for the kids to try at home.

Ritka "So we're going to kind of make some orange soda at home but something that kids can eat so just take some oranges or clementines and put them out around for the kids.

Now put a little bit of baking soda on the plate and then have the kids take an orange or clementine and just dip a little bit in there.

Basically you're taking the base in the baking soda and the acid inside the orange, and you're making the reaction in your mouth but it always tastes like its a soda pop."

"Mmmm that’s pretty good, I wanna do another one!” Asher says.