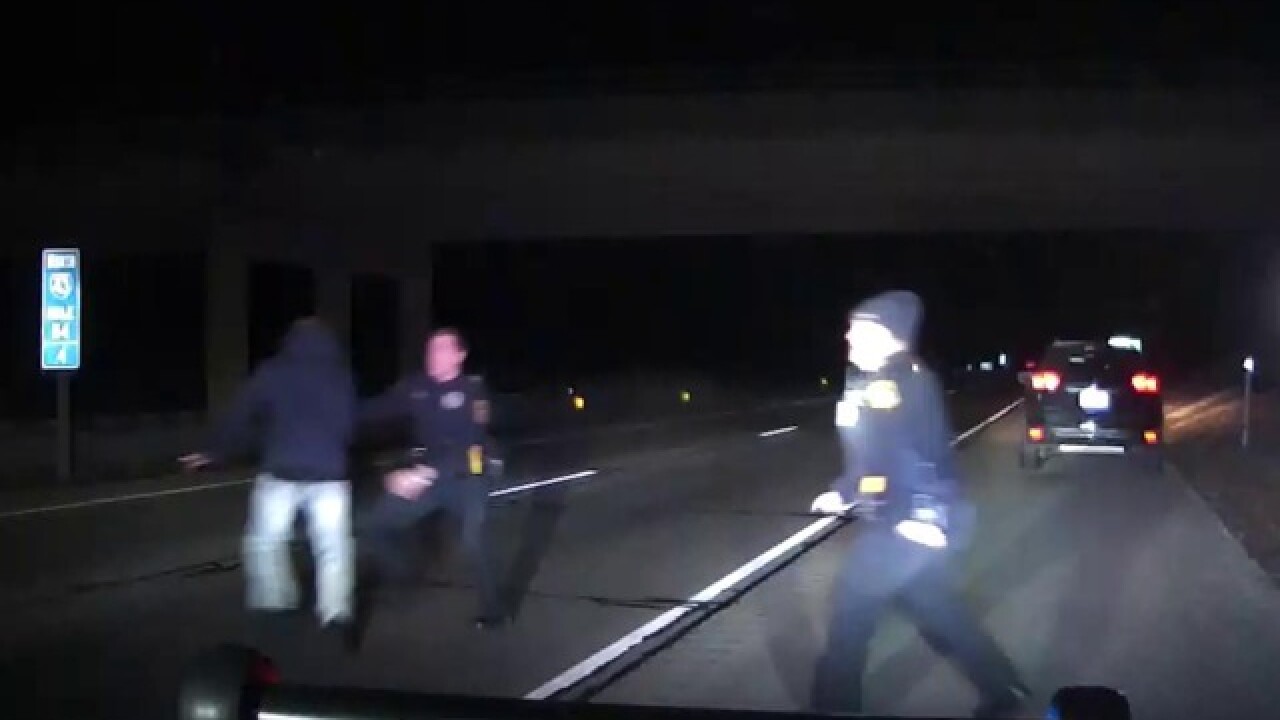 A man led Bayside Police on a chase, both on foot and on the road, after a traffic stop this weekend.

In a Facebook post, police said the man and officers had a “physical altercation,” with a seemingly impaired driver on I-43. He ran away from officers across I-43.

He then ran back towards his car, hopping over the Interstate median and tripping in the middle of the road.
The man is able to cross the Interstate, and took off down the road, getting off at the Mequon Road exit, where he promptly crashed his car in a ditch.

The man got out and ran away from officers a second time, but police said he was quickly apprehended.