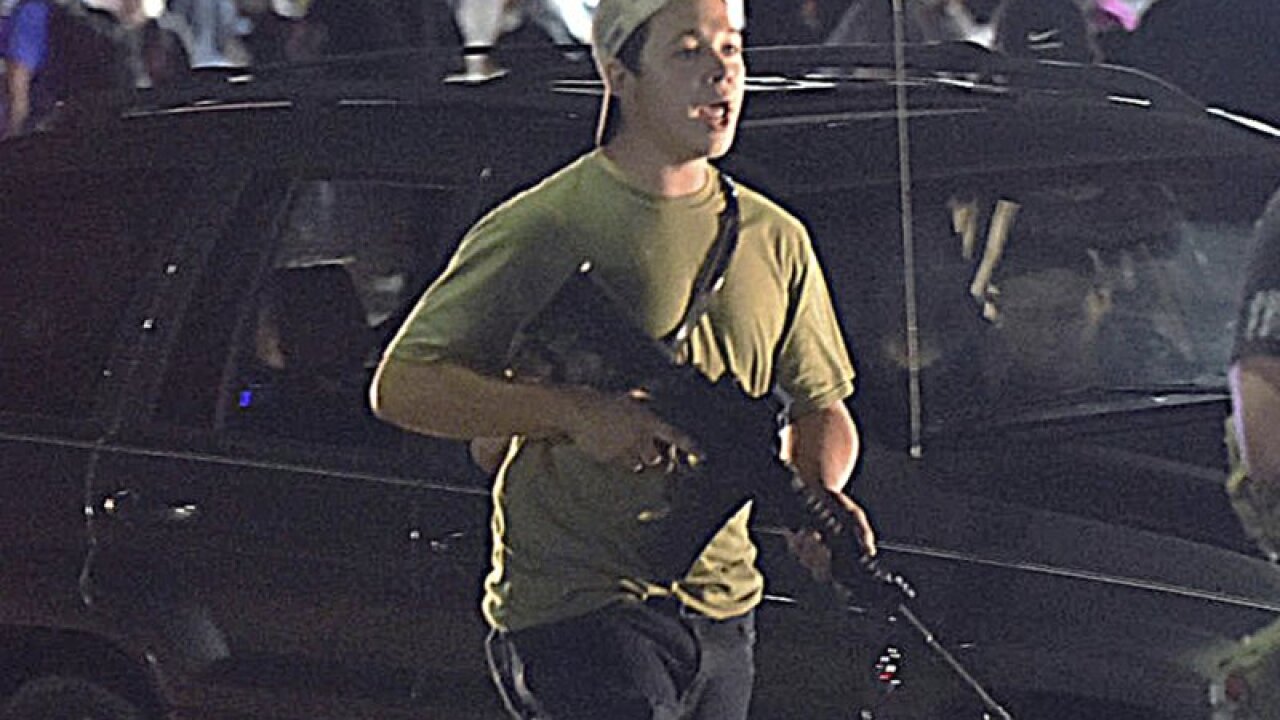 FILE - In this Tuesday, Aug. 25, 2020, file photo, Kyle Rittenhouse carries a weapon as he walks along Sheridan Road in Kenosha, Wis., during a night of unrest following the weekend police shooting of Jacob Blake. In a document filed Thursday, Oct. 8, 2020, defense attorneys say sending Rittenhouse, accused of killing two protesters days after Jacob Blake was shot by police in Kenosha, Wis., to stand trial in Wisconsin would “turn him over to the mob." (Adam Rogan/The Journal Times via AP, File)

WAUKEGAN, Ill. (AP) — Any claims about what happened in Wisconsin have no role in whether to extradite an Illinois teenager to that state to face charges in the killing of two protesters, prosecutors said Thursday.

The state’s attorney in Lake County, Illinois, filed a response to Kyle Rittenhouse’s attorneys, who are trying to stop him from being transferred to Kenosha, Wisconsin, The Daily Herald reported. A court hearing is scheduled for Oct. 30.

Rittenhouse, 17, is accused of fatally shooting two protesters and injuring another on Aug. 25 during unrest over the police shooting of Jacob Blake, who is Black. Rittenhouse, who is white, surrendered to police in his hometown, Antioch, Illinois.

Rittenhouse’s legal team is raising technicalities about typographical errors in documents, said prosecutors, who called it a “red herring.”

“The Illinois arrest citation had nothing to do with the governor’s grant of extradition nor is it relevant to this limited hearing on this matter,” prosecutors said.

Illinois Gov. J.B. Pritzker signed a warrant to return Rittenhouse to Wisconsin after a request from Gov. Tony Evers.

Rittenhouse’s attorneys said extraditing him “would be to turn him over to the mob.”

Prosecutors said the circumstances of the shootings have no role in whether to transfer Rittenhouse across the state border.

If convicted of first-degree homicide, Rittenhouse would be sentenced to life in prison.