'I want him fired': Man claims he was shot by Milwaukee Police officer 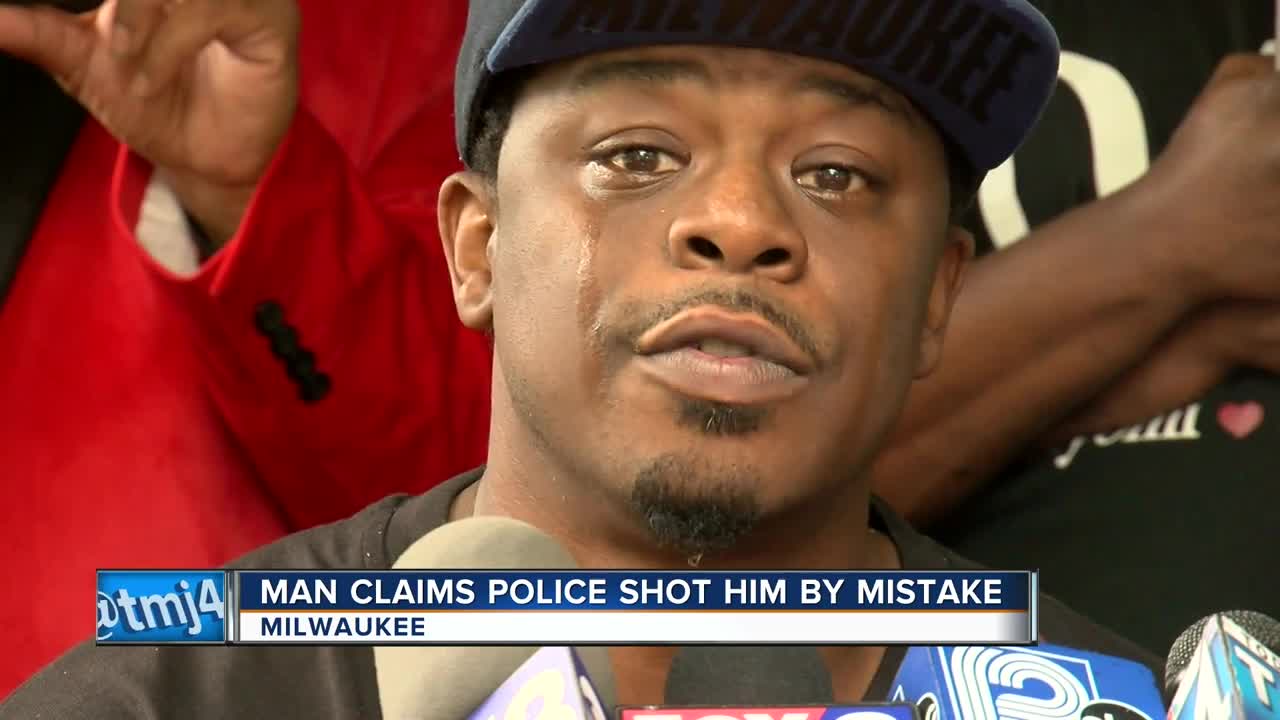 Tari Davis claimed he was the man hit by the bullet, while talking to news cameras Thursday afternoon. 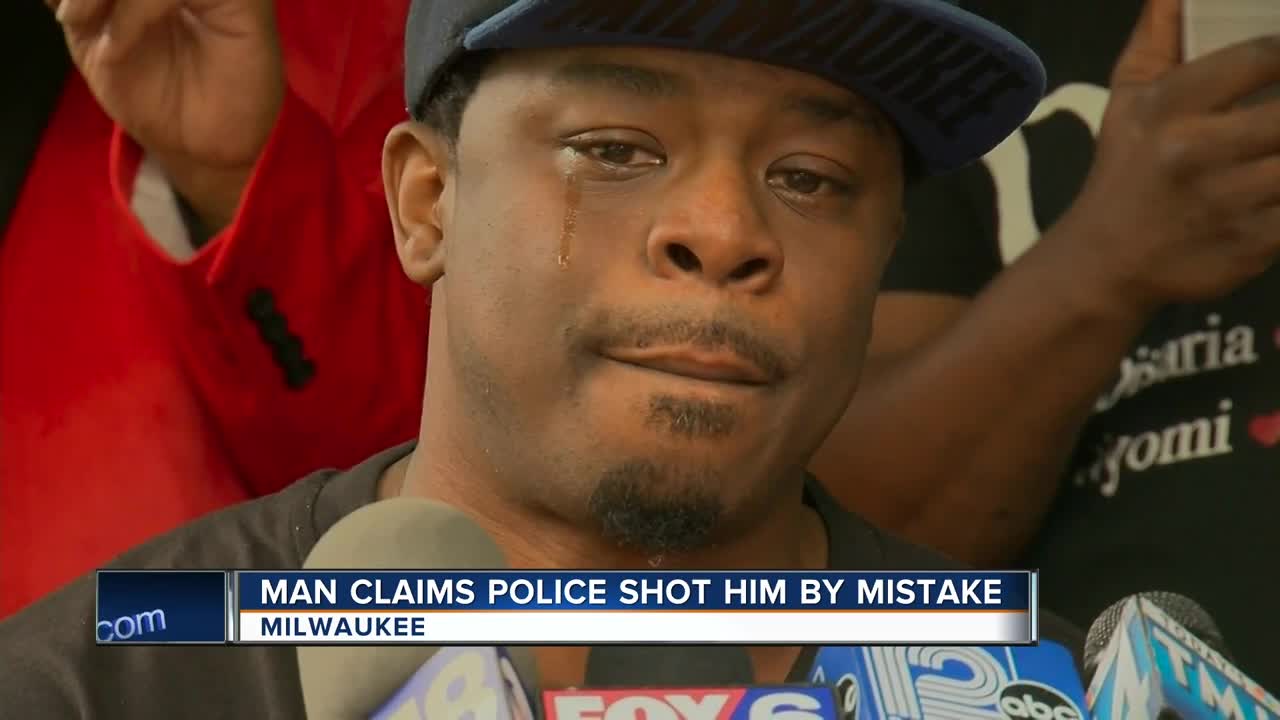 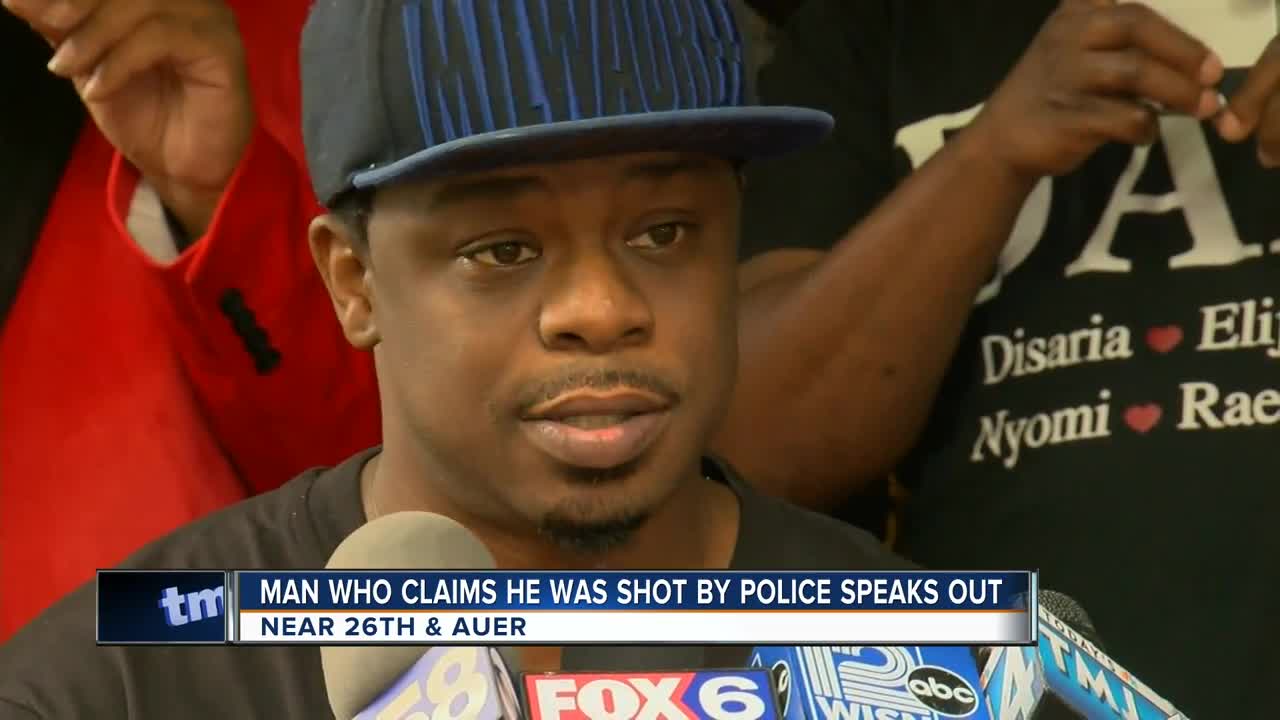 Charges were filed Thursday against a man Milwaukee police said led them on a chase that resulted in an officer firing his gun. Another man is also claiming he was hit by the bullet, by mistake, and is calling for that officer to be fired.

22-year-old Kevin Brown is facing multiple charges in the incident from early Sunday morning. They include recklessly endangering safety, vehicle operator flee/elude officer causing damage to property, obstructing an officer, and bail jumping. If he’s found guilty, he could face more than 16 years in prison and be fined up to $55,000.

Police said the incident started just after 1 a.m. by 27th and Townsend when they saw Brown “…disregard the flashing red traffic signal and travel through the intersection at approximately 65-70 mph.”

Officers tried to stop him, but he sped up.

According to the criminal complaint, Brown led officers on a chase for “…19 minutes traveling 13.7 miles,” and in the process struck an officer’s squad car.

Brown finally stopped when he reached an alley by 26th and Auer, where he ran to the back of a house of someone he knew.

Police said an officer followed Brown and believed he saw him reach for a weapon. At this time, the officer fired one shot at the suspect, which hit a 41-year-old man nearby.

Tari Davis claimed he was the man hit by the bullet, while talking to news cameras Thursday afternoon.

As he sat in a chair with crutches leaning against his front porch, he said he’s an innocent victim, shot by who he calls a “reckless” Milwaukee police officer.

He said he was simply taking out the trash and his dog when he was shot.

“They don’t do what they did to me in other communities,” Davis said. “I shouldn’t have to worry about going to my back door, opening my back door and being shot by a stray bullet by an officer who had regard for no one in my home.”

Davis said he does know Brown, but did not go into details.

Milwaukee police also are not confirming that Davis was the man shot.

Mayor Barrett said this about the incident Thursday night:

"I am getting more information on the particulars of this incident and I'm going to reserve judgment until I am able to know what the full investigation brings forth. Without a doubt, the chases have caused a lot of problems in the city, particularly for bystanders."

Police said the officer involved in the incident has been on the job for one and a half years. He was placed on administrative leave pending the investigation.