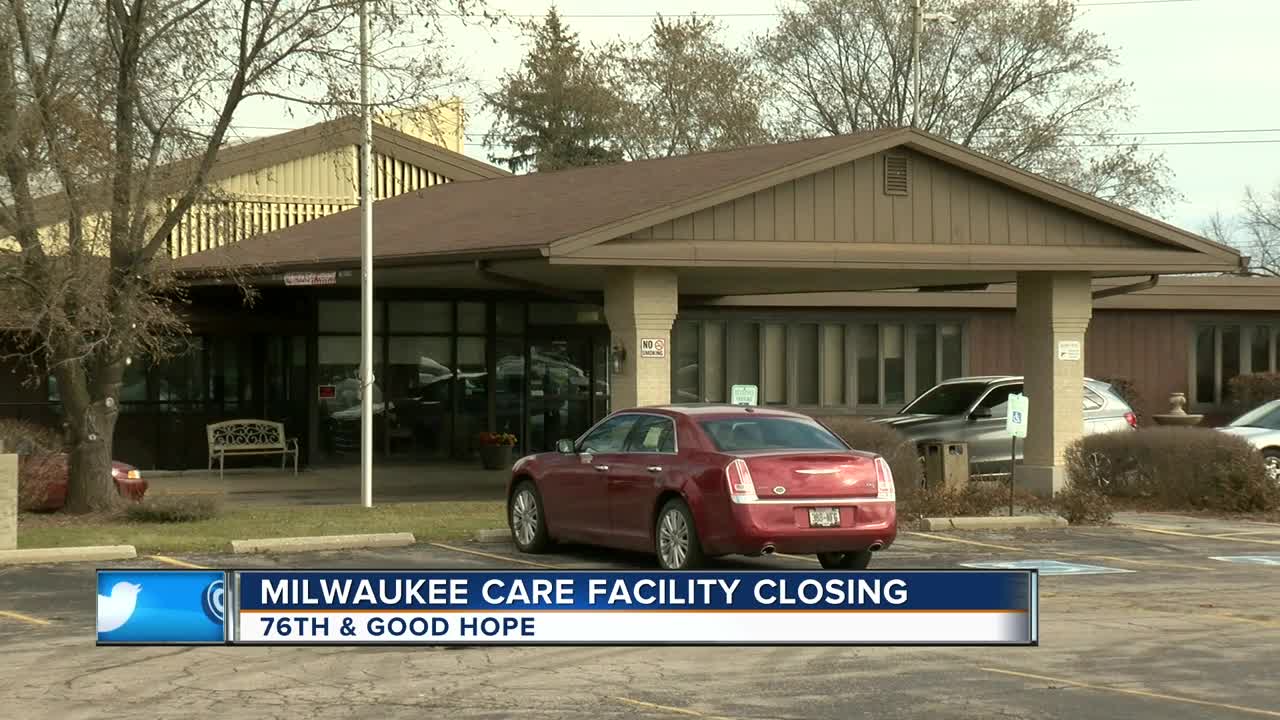 In a release sent by Wisconsin’s Department of Workforce Development, by the end of January, 71 full-time employees at Bridges of Milwaukee Rehab and Care Center, located at 6800 North 76th Street, will be out of a job. The plan for relocating residents remains unclear.

MILWAUKEE — In a release sent by Wisconsin’s Department of Workforce Development, by the end of January, 71 full-time employees at Bridges of Milwaukee Rehab and Care Center, located at 6800 North 76th Street, will be out of a job.

A spokesperson for DWD told the I-TEAM a group called Employ Milwaukee will be handling services for the affected workers.

The I-TEAM discovered the nursing home, which houses about 75 residents according to recent inspection reports, was already on the state’s radar.

Bridges is categorized as a home that has “failed to show signs of significant improvement despite being given the opportunity to show improvement in at least one inspection after being named as a SFF nursing home.”

The I-TEAM reached out to the Centers for Medicare and Medicaid. CMS is a federal agency that works in partnership with the state to oversee quality of care in nursing homes.

A spokesperson told us, “CMS was informed that the facility is voluntarily terminating their Medicare agreement.”

The I-TEAM also learned the Bridges of Milwaukee Rehab and Care Center owed $394,980.24 in Civil Money Penalties to CMS.

A spokesperson said, “This amount owed, however, is different than the amount they were originally assessed or “fined” because of reductions due to waiving their right to a hearing or a settlement for example.”

According to public state inspection reports, the I-TEAM found resident complaints about a leaking ceiling in a room, staff not responding to call lights, residents complaining about not being properly cleaned, and one resident said they felt like they were in a prison.

The home received 24 citations for violations of care in February of 2019 and 16 violations this past July. During the summer survey, a resident reported they were left alone and fell and told inspectors

"I don't know how long I was left alone on the ground because for a piece of it I was unconscious....a staff member came out and I was laying in a pile of blood."

In another case, there was an allegation of sexual misconduct between staff and a resident. It said, “…that CNA-U may be doing sexual favors at the request of R11 in exchange for money or narcotics."

The inspector said a thorough investigation into that allegation was never done.

Wisconsin’s Department of Workforce Development has stepped in to help transition workers.

A spokesperson for CMS told the I-TEAM, “The closure plan must contain the information necessary to identify the steps for a safe and orderly facility closure, including the discharge or relocation of all residents and identify the individuals responsible for ensuring the plan is successfully carried out. Facility staff should make every possible effort to lessen transfer trauma for residents, which may include, reviewing the resident’s care routines, needs, and preferences with staff at the receiving facility who will be caring for the resident, and assisting residents and or their representatives with obtaining information required to make an informed decision about facility relocation.”

The I-TEAM has reached out to Bridges of Milwaukee Rehab and Care Center and is waiting for a response.

Bridges of Milwaukee Rehab and Care Center is owned by JB Milwaukee Healthcare LLC. The I-team has investigated other nursing homes they own.