Hundreds of Racine residents to have lead pipes removed for free

Residents in the City of Racine are cashing in on a state program to remove lead pipes from their homes. The city estimates there are 10,000 homes that still use lead pipes.

The $1.4 million gift allows around 460 residents to have their lead water pipes replaced at little to no cost.

It's a major relief to Karen Rosera who runs a daycare out of her home. Rosera has lived in her two-story home on Yout Street for the past 45 years, but it wasn't until recently when she realized her water pipes were made of lead.

"The city did the streets maybe a year or so ago and they sent out a letter to the homeowners saying there was lead in the area," she said.  "I couldn't sleep so finally I made the call."

That was three months ago. Flash forward to Monday and Rosera had heavy construction machines digging huge holes in her front yard. 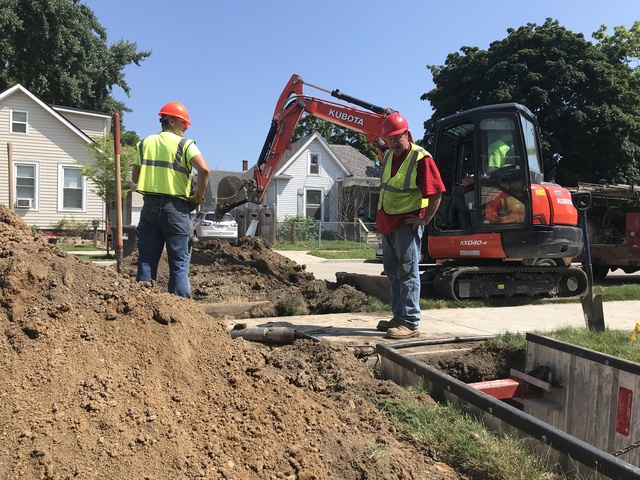 Heffel is a sewer and water replacement contractor for Racine. His crew replaces lead pipes from the basement to the sidewalk. He said lead water pipes were commonly used in homes built between the late 1800s to the mid-1940s.

"The lead gives off some type of toxin that's not good for the body," he said.

Young children are especially vulnerable. According to the Racine Health Department, 9-percent of kids tested in 2015 were found to have high levels of lead in their blood. That number dropped to 7-percent in 2016. After just half a day, all of Rosera's lead pipes were replaced.

"I would suggest that they do it right away," she said. "It's going to be healthy all the way around."

There are three ways to take part in the program. Firstly, if the city is doing construction on your street, secondly, if your basement is leaking because of pipes, and lastly, there is a lottery system which is how Rosera got hers replaced. For a direct link, click here.

Last year, the City of Racine received a $500,000 gift from the state for the same purpose.