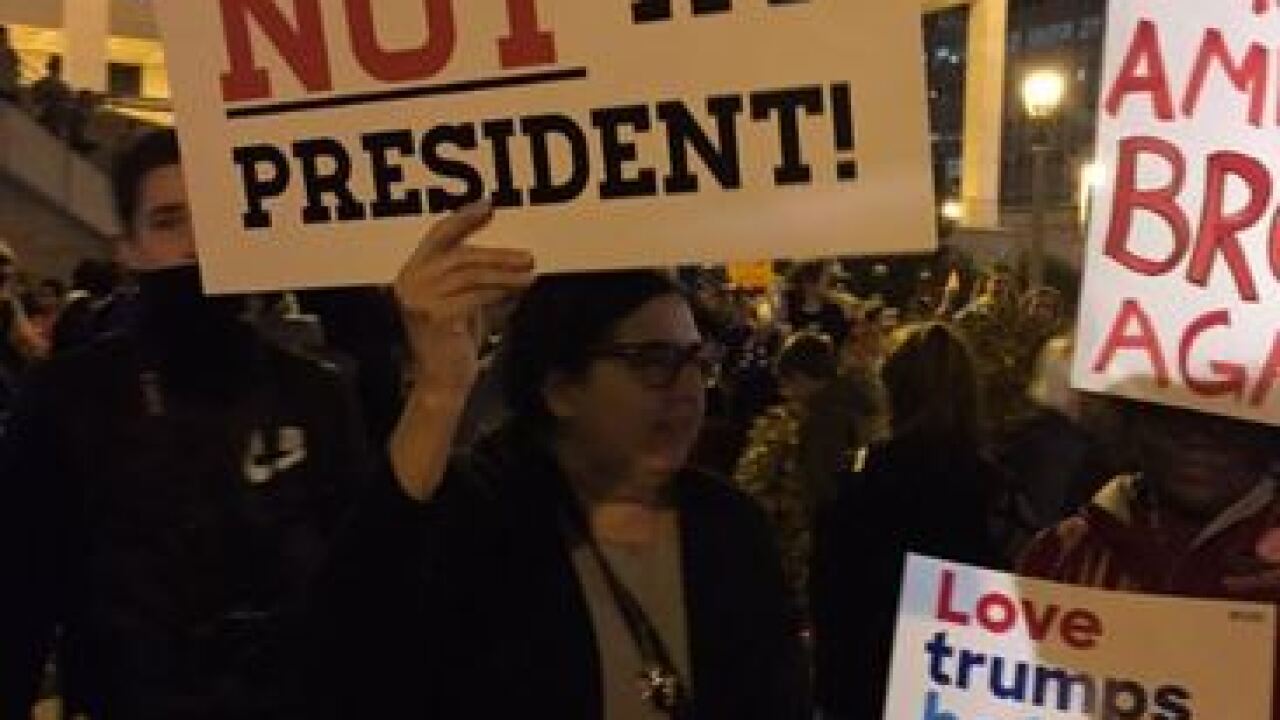 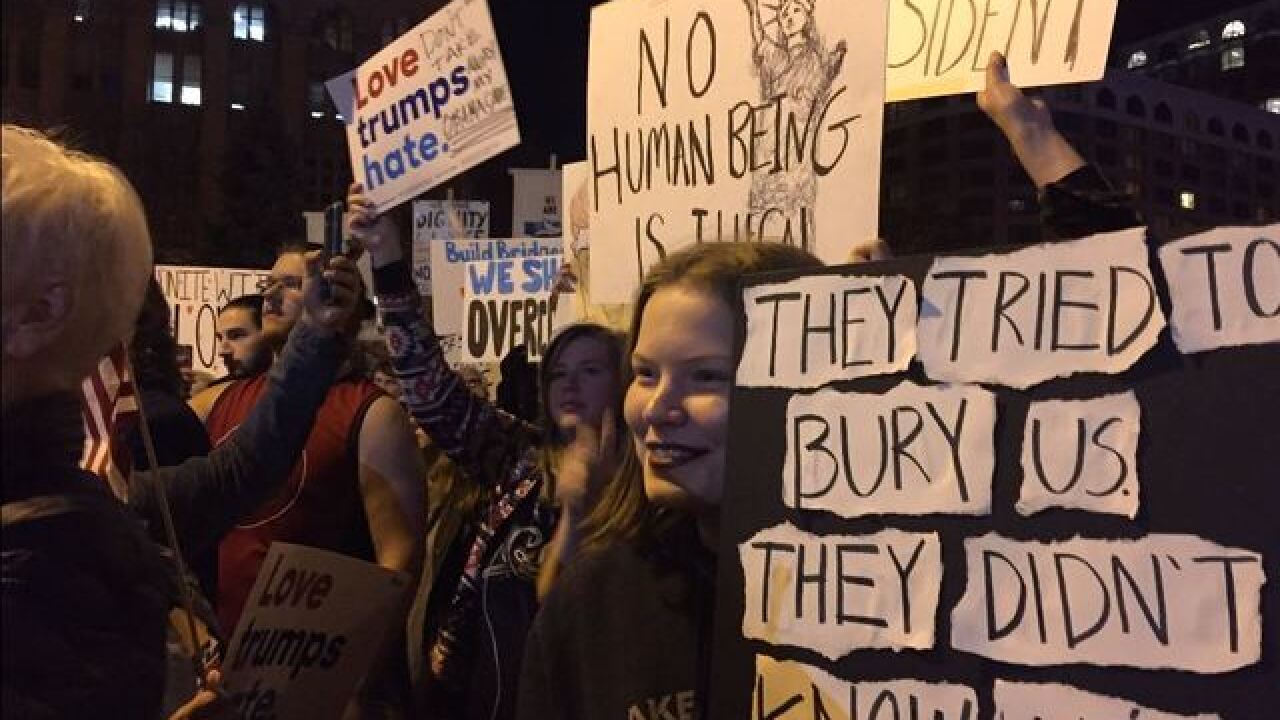 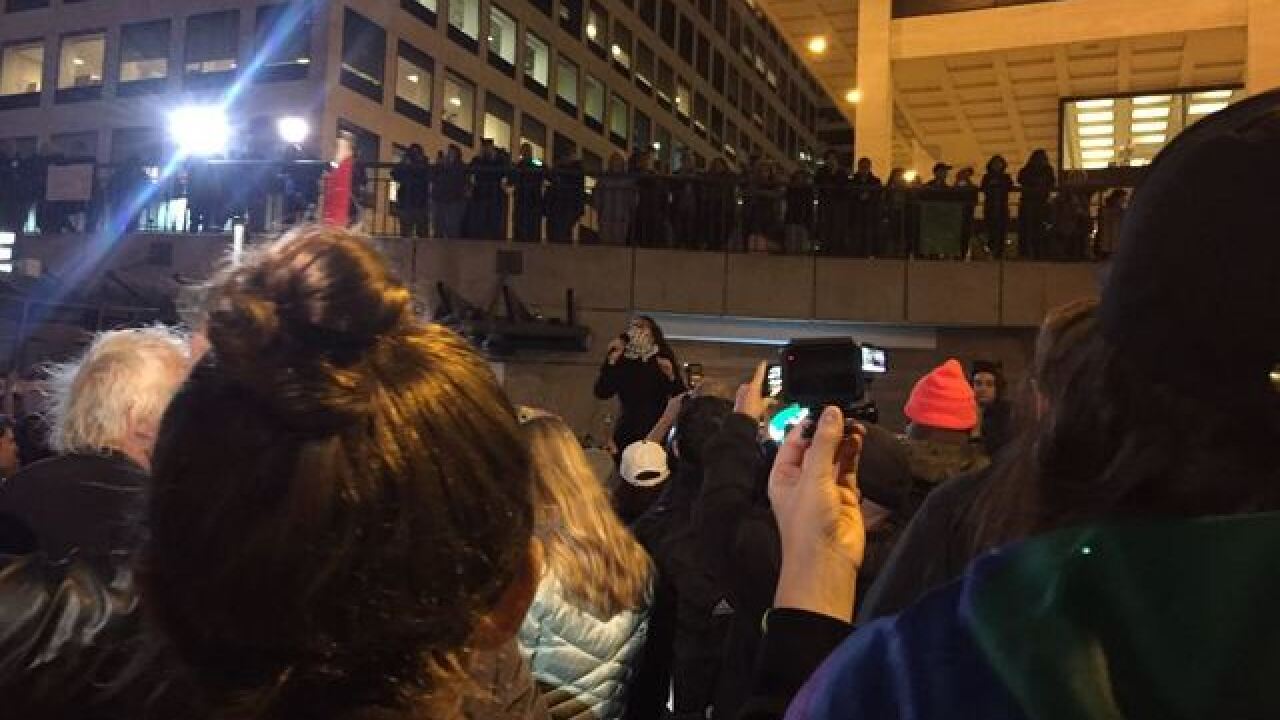 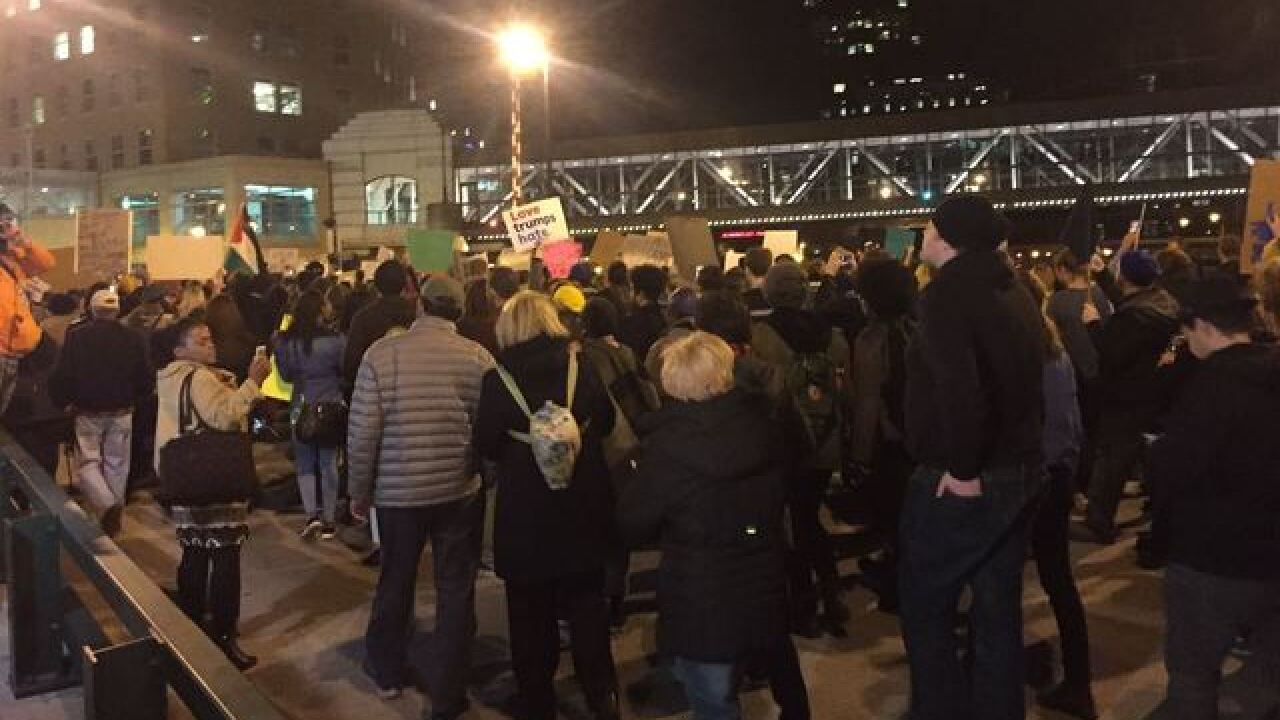 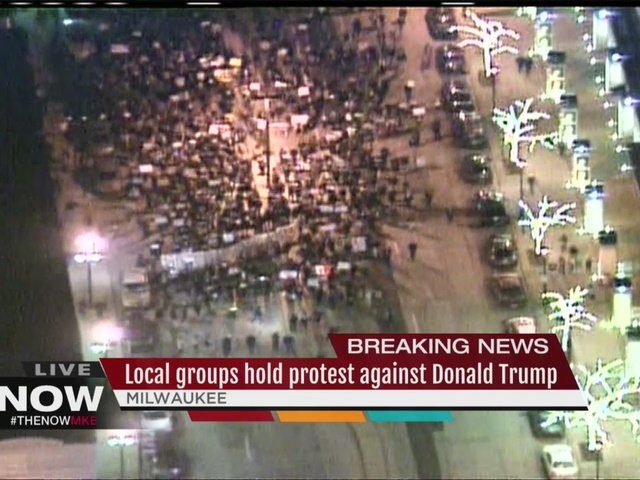 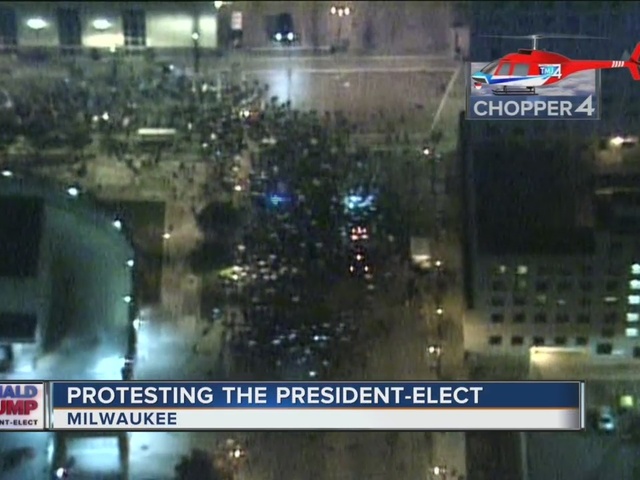 MILWAUKEE -- Hundreds of people took to the streets of Milwaukee on Thursday to protest the election of Donald Trump.

So many people who came out repeated the same words, saying they had to take action following the results.

"I had to do something," said Vee Bell, who voted for Hillary Clinton.

She was not alone when it came to voting.

Despite that, people said they needed to do more. Nearly 500 people came out first to Red Arrow Park in Milwaukee carrying signs that said things like, "United Against Trump," "No Racism, No Sexism, No Trump" and "Love Trumps Hate."

A lot of people, like Parr, came with her 5-year-old daughter.

"I wanted her to be out here knowing you can come march and you have a voice when you don't agree with something," Parr said.

Others were worried about LGBT rights.

"I'm most fearful that my partnership will be considered invalid," Bell said.

Bell and her wife-to-be are so concerned they are pushing up their wedding from next year to before Trump is sworn into office.

Others came to stand together.

"What is happening in our country? The direction that people choose to take it in is not reflective of our values at all, and we will continue to fight for the rights of women, LGBT people, people of color and immigrants," Ali Wicks-Lim said.

The protest moved through the downtown streets, at one point circling the BMO Harris Bradley Center where a Milwaukee Bucks game was underway.

While the protestors chanted, some who voted for Trump yelled back.

"These communists are terrorists," said one Trump supporter who did not want to be identified.

"I'm not for any of this," said Matt, a Trump supporter who did not want to give his last name. "I respect it, but I don't understand what it is accomplishing."

Protestor Penny Fox was moved to tears during the demonstrations. She said she got part of what she came for.

"I wanted to be around people who were like-minded and maybe I could get a sense of being OK. I felt very scared by the result," Fox said.

Fox said her plan now is to get involved in groups to help create change.