Homestead High School's Robotics team among best in the world 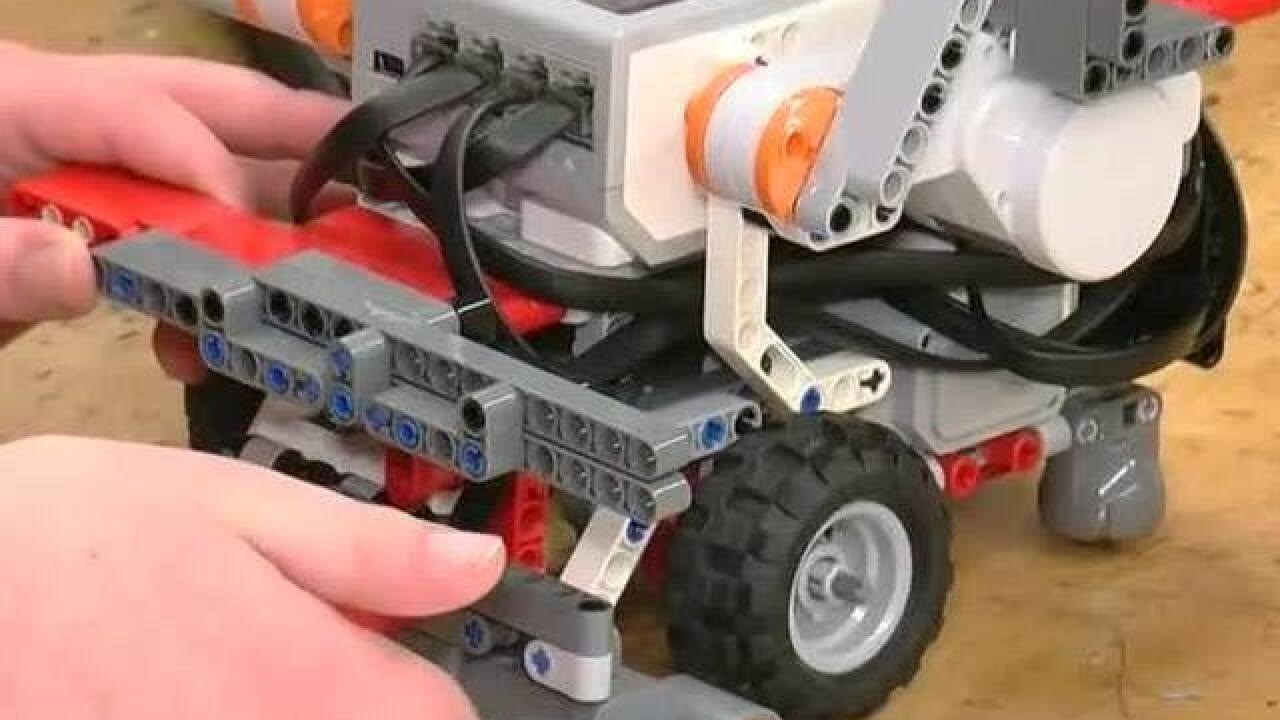 MEQUON -- Homestead High School's robotics team ranks among the best in the world.

In February, they were even ranked number one overall for a week. They've since dropped to a measly 8th out of 6,000 teams but have their eyes on the top spot with two more competitions coming up.

An impressive feat by kids who mostly can't drive yet but drive robots with the best of them.

"It's a lot of fun," Kaitlyn Donley, a junior on the Kraken Pinion Robotics team said. "I love competing with other teams. It gives me real-world experience and prepares me for what I want to be when I grow up which is an engineer."

The Kraken Pinion team has only been around for about eight years but has quickly ascended the ranks in the Robotics world. The team consists of 13 students ranging from 7th to 12th grade and they create, design, program and build their robots from scratch.

But it's more than just erector sets. They're legitimate robots winning real competitions and getting them ready for life in the professional world.

"They're honestly doing some things that are more advanced than what I saw when I was training in college," Dan Camacho, Coach for Kraken Pinion said. "I would have loved this growing up in high school and college to do this type of competition. The engineering they're doing now is pretty impressive and a pretty high level too."

"Robotics is the sport of the mind," David Peterson, President of Mequon Robotics League said. "These kids are learning skills they can take to college and even their jobs."

While all of them aren't planning to go into robotics, the skills they're learning on the team can help in any field they want to pursue.

"It gives me a lot of experience with engineering and helps me grow as far as my skills go," Joshua Peterson, a junior said.

"This isn't just a virtual thing," Julian Camacho, a junior said. "This is a real robot moving around we can program."

But it looks a lot like playing. With an X-Box controller in hand, they're tossing cubes and other objects around a play arena like it's nothing. So while they're gaining real-world experience, they're still having fun.

"It's simple in a way to work on the robot," Shubhan Mathur, a sophomore said. "Driving it around and you enjoy doing this kind of work after school. I really love coming here after school and relaxing with some of my friends."

The team won a competition in February that gave them the number one spot in the world for a week. They're looking to get back to the top by winning the Super Regional competition this weekend and the World Championships in Detroit at the end of April.