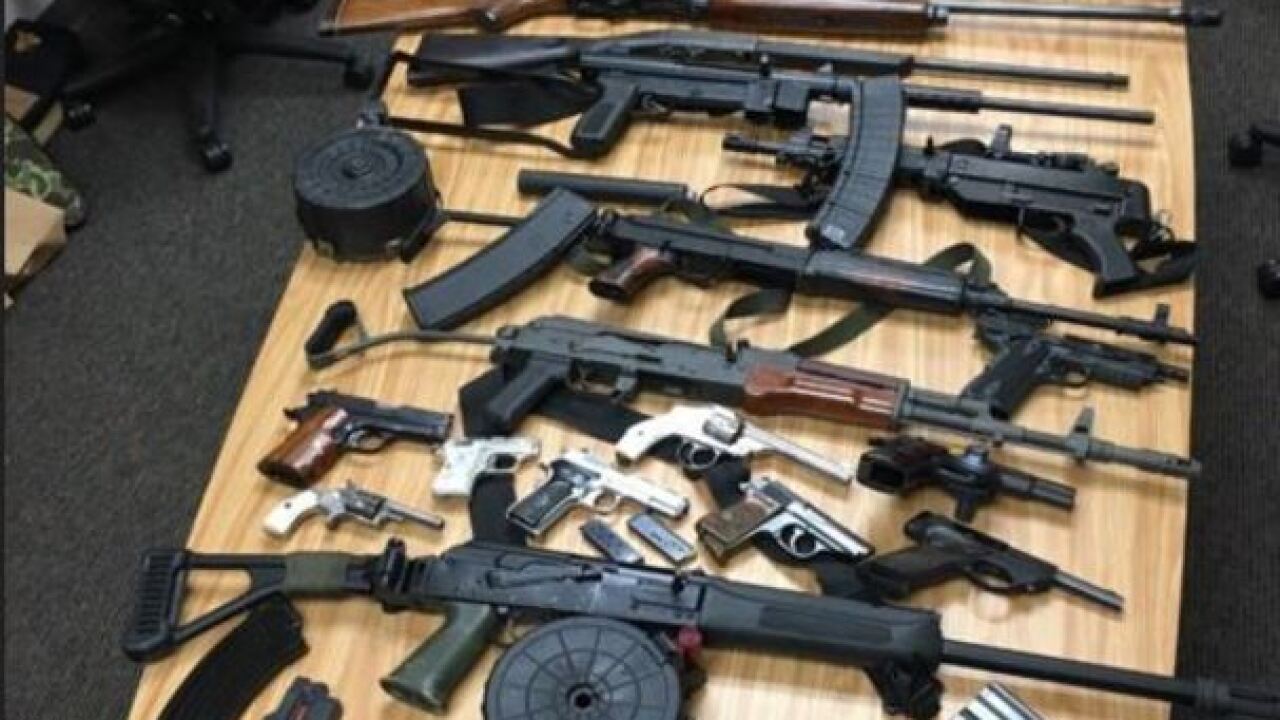 TOWN OF LOWELL -- Thirty-five guns and thousands of rounds of ammunition were seized from a Dodge County home Wednesday morning.

After a lengthy investigation into the purchasing and possession of firearms by people who are not allowed to possess a firearm, the Dodge County Sheriff’s Office SWAT team raided the home on County J in the Town of Lowell at approximately 6 a.m.

An ordinance device was located within the home as well. As a precaution, the Milwaukee County Bomb Squad was called, and they determined it to be inert and safe.