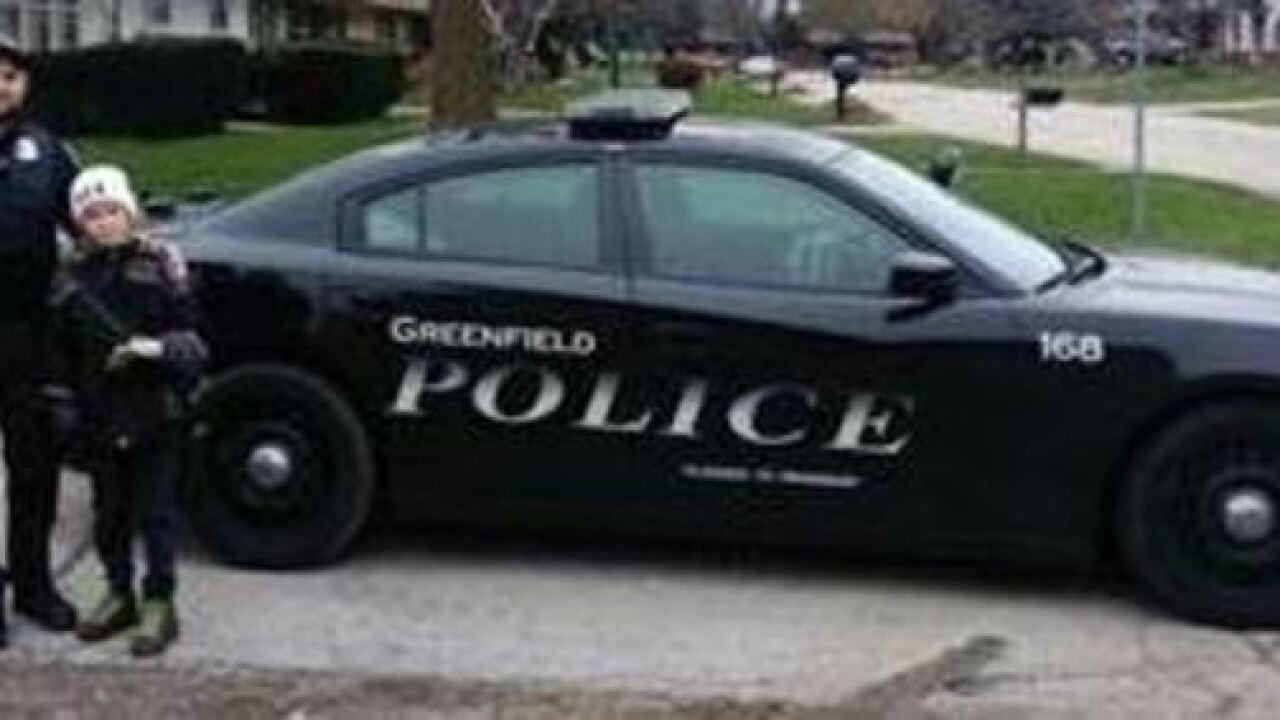 It's a parent's nightmare.

Right in the thick of a busy morning, you suddenly remember a small detail, but its too late to fix.

Well, in this case a local Greenfield mother had forgotten to arrange someone to take her son to choir practice.

By the time she remembered to give her dad a ring, it was too late. Her sister was using the car.

As a last resort, the mother called the Greenfield Police Department hoping someone would be able to keep an eye on her 10-year-old son as he biked to rehearsal.

An officer did her one better: he offered to take her son a ride.

In return, the mother paid the officer with a sweet Facebook post highlighting his commitment to service and greeted him chorizo and eggs.