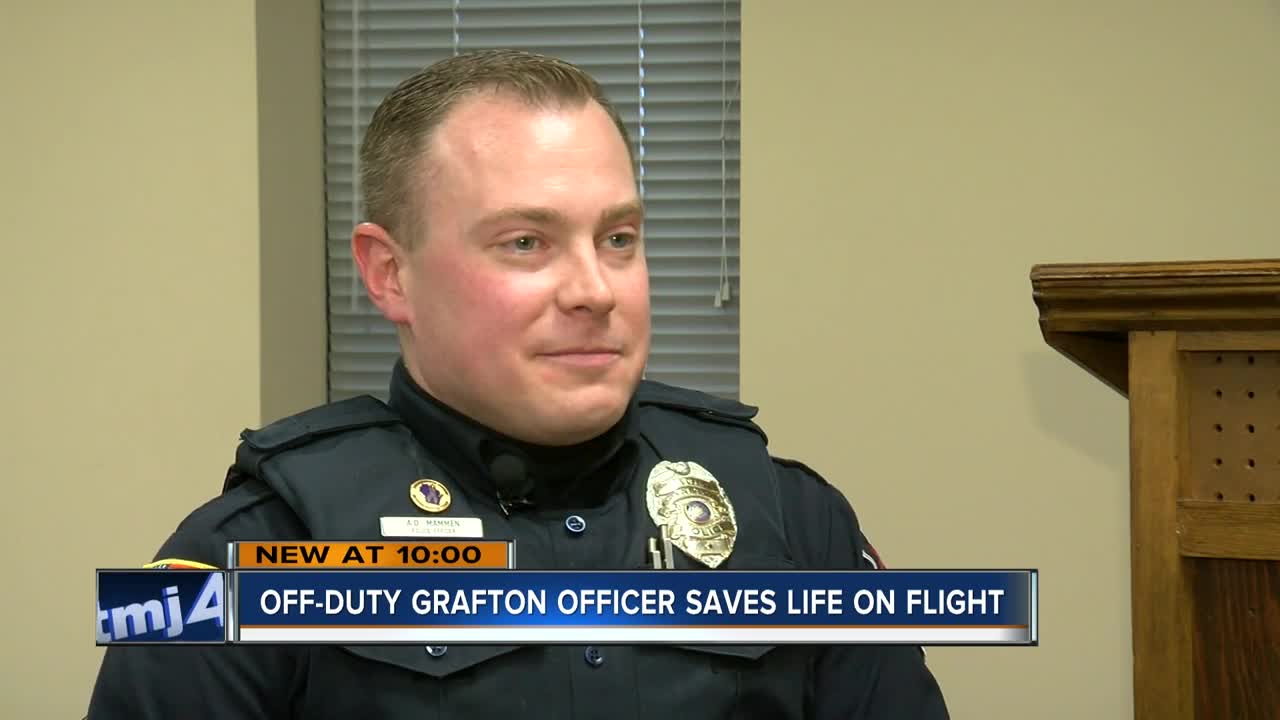 A Grafton Police Officer is being credited with helping to save a young woman's life while on a flight from Florida to Chicago. 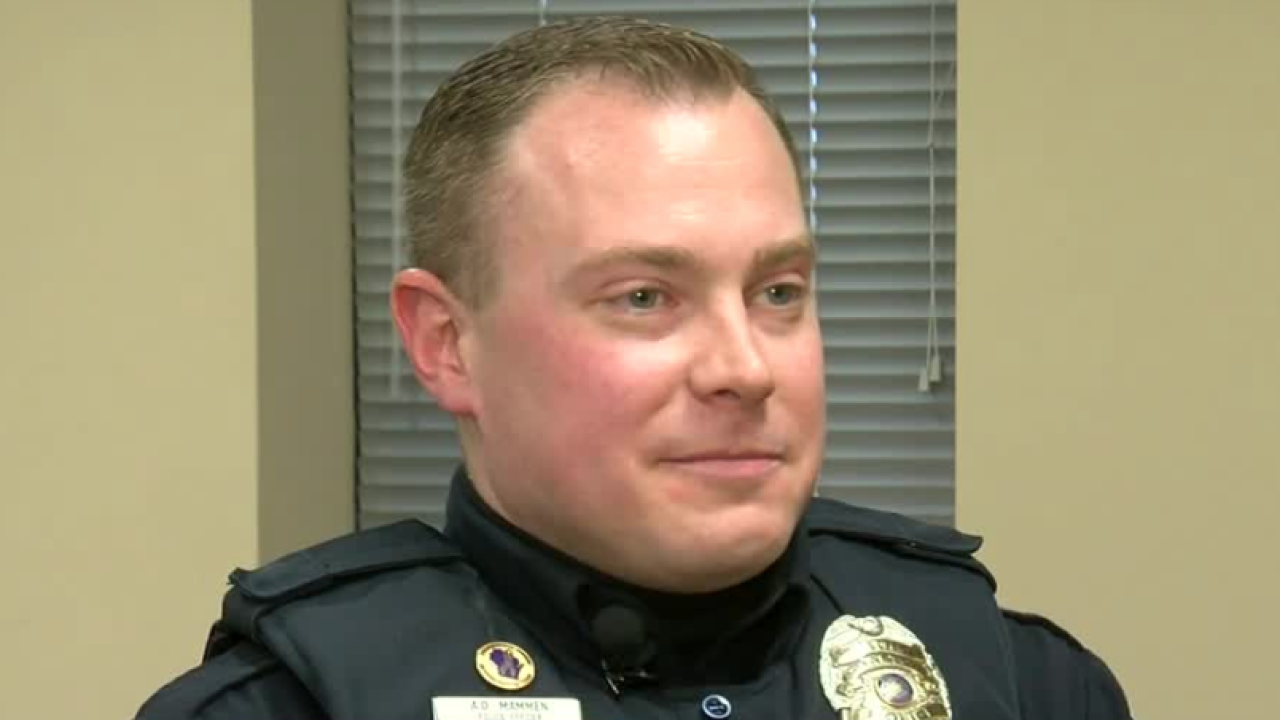 A Grafton Police Officer is being credited with helping to save a young woman's life while on a flight from Florida to Chicago.

It happened Dec. 17 when Officer Andrew Mammen was on his way back from vacation. Crew members on the flight asked over the intercom if any of the passengers had medical training, Mammen and another passenger, a nurse offered their assistance.

Mammen says the crew told him someone was having seizures a few rows ahead of him and needed help.

"She had a total of about 17 while on the flight for about 45 minutes" said Mammen. "The nurse and I picked her up and put her on the floor in the emergency isle... at one point it looked like she stopped breathing."

That's when Mammen asked the flight crew for oxygen and a mask for CPR.

The oxygen alone wasn't enough and Mammen had to start CPR. Prior to becoming a police officer Mammen was an Emergency Medical Technician in Grafton, giving him that extra training he needed.

While they worked on the patient, passengers helped out.

"We were on the ground as the plane was landing, still giving her breaths while we were trying to. Passengers are holding on to my legs as we were going down because it was a pretty rough landing at that point," Mammen said.

The pilot made an emergency landing in Myrtle Beach, SC. Once on the ground, Mammen says that paramedics rushed aboard and took the woman away.

He doesn't know her name but hopes that she is OK.

Mammen hopes people will share this story in an effort to find out how she is doing. The flight was originally scheduled to land in Chicago and the woman could be from the Illinois/Wisconsin area.