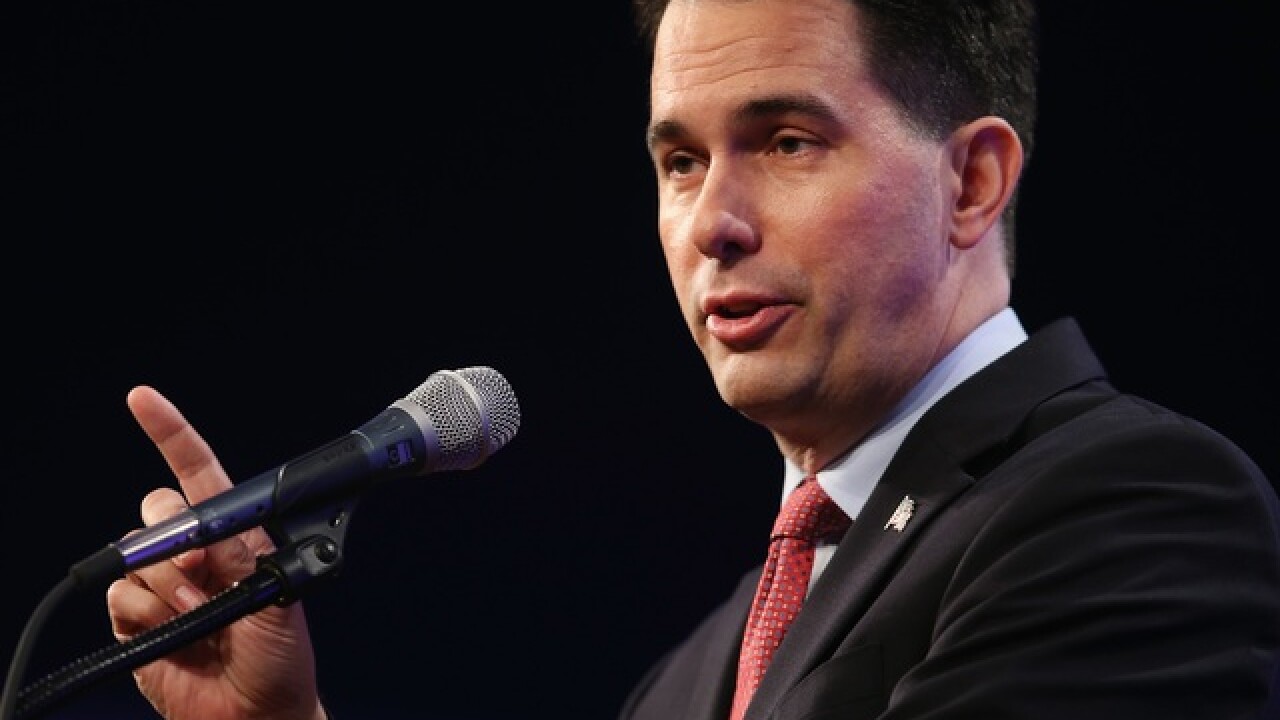 Copyright 2017 Scripps Media, Inc. All rights reserved. This material may not be published, broadcast, rewritten, or redistributed.
Scott Olson
<p>DES MOINES, IA - MAY 16: Wisconsin Governor Scott Walker speaks to guests gathered for the Republican Party of Iowa's Lincoln Dinner at the Iowa Events Center on May 16, 2015 in Des Moines, Iowa. The event sponsored by the Republican Party of Iowa gave several Republican presidential hopefuls an opportunity to strengthen their support among Iowa Republicans ahead of the 2016 Iowa caucus. (Photo by Scott Olson/Getty Images)</p>

MADISON, Wis. (AP) — Republican Gov. Scott Walker is taking a page out of President Donald Trump's playbook and calling on all NFL players to stand and not take a knee during the national anthem.

Walker issued a series of tweets Thursday, hours before the NFL season kicked off. He punctuated one message with a cartoon image of himself known as a bitmoji in front of an American flag, hand on heart.

In another tweet , Walker asks Democratic challenger Tony Evers where he stands on the issue. Walker retweeted a January message from Evers' running mate Mandela Barnes where he posted "Take a knee" in reaction to a story about whether Trump knew the words to the national anthem.

Barnes responded by asking Walker "you could have served in THREE wars, why didn't you stand up then?"