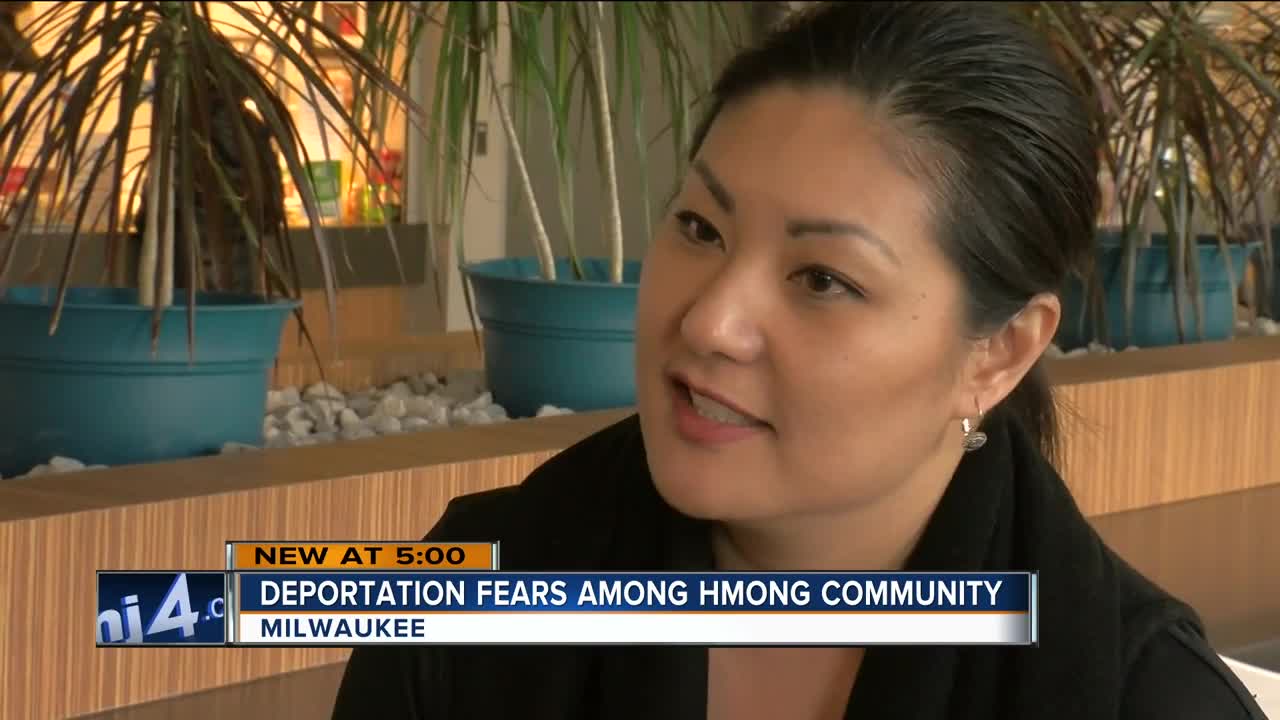 Our Shaun Gallagher speaks with a Milwaukee woman about her concerns regarding the possible deportation of Hmong communities.

WISCONSIN — Governor Tony Evers has sent a letter to Secretary of State Michael Pompeo over deportation fears in the Hmong community.

Pompeo's recent trip to Laos has caused deportation fears in Hmong communities across the state and Midwest.

The State Department said the meeting between Pompeo and the Lao People's Democratic Republic's Foreign Minister was to strengthen a partnership between the two countries.

Evers said the meeting was a negotiation of a potential agreement that could result in the deportation of Hmong and Lao residents in the U.S.

"Our state has a rich history of opening its doors to people of all backgrounds, experiences, and walks of life. Wisconsin is the proud home to nearly one-fifth of Hmong people living in the U.S," wrote Evers. "These nearly 50,000 Hmong Wisconsinites are our neighbors, family members, and veterans. They have long been an important part of Wisconsin’s fabric and economy."

Wisconsin Senator Ron Johnson says they have reached out to Immigration and Customs Enforcement (ICE) for more information.

"This would not apply to all Hmong in the U.S., rather just those who are not citizens and who have been ordered removed by an immigration judge. This is mostly likely due to a criminal conviction that led to a deportation order. Also, a deportee would be able to be screened for the risk of future persecution or torture prior to being removed back to Laos. It is incumbent upon the U.S. government to ensure that deportees are returned safely and not subjected to future persecution once removed from the U.S.," said Johnson in a release.

Senator Tammy Baldwin said, "There is a long and dark history of human rights violations by the Communist government of Laos against the Hmong and I am deeply concerned that the Trump administration would tear families apart in Wisconsin and target Hmong and Lao refugees residing in our state. Wisconsin has a special bond with the Hmong community and it is my hope that this administration will stop its plan to break this bond with my constituents."

Milwaukee Mayor Tom Barrett said, "It would be a serious mistake to force Hmong Americans from their homes here in Wisconsin. Milwaukee would lose a cherished community of hard-working citizens that has provided compassion, entrepreneurship and cultural richness to the fabric of our city."

"I urge you to reconsider and reiterate my opposition to any agreement that results in the deportation of Hmong people living in Wisconsin," wrote Evers.

Read the full letter below: