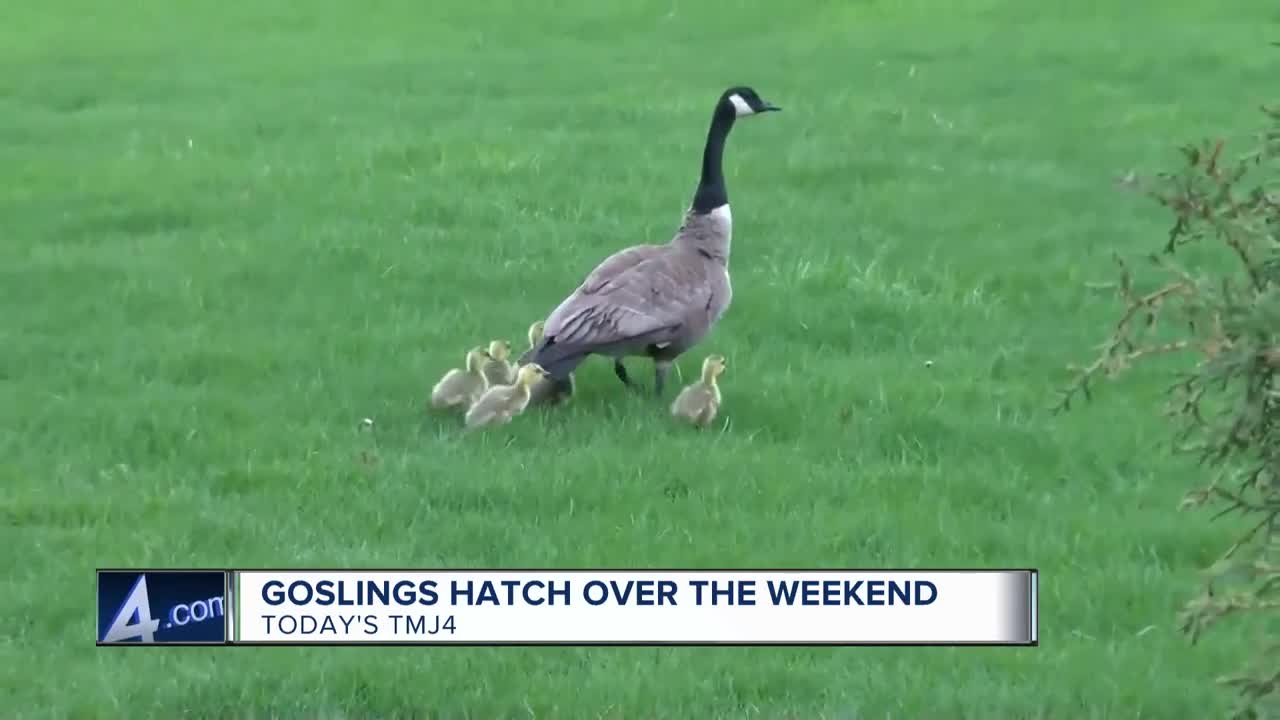 Congratulations to Gertie and her whole family! Some workers with the Humane Society stopped by the TODAY'S TMJ4 studios Sunday to help escort Gertie and her new babies to their new home. We'll miss you! 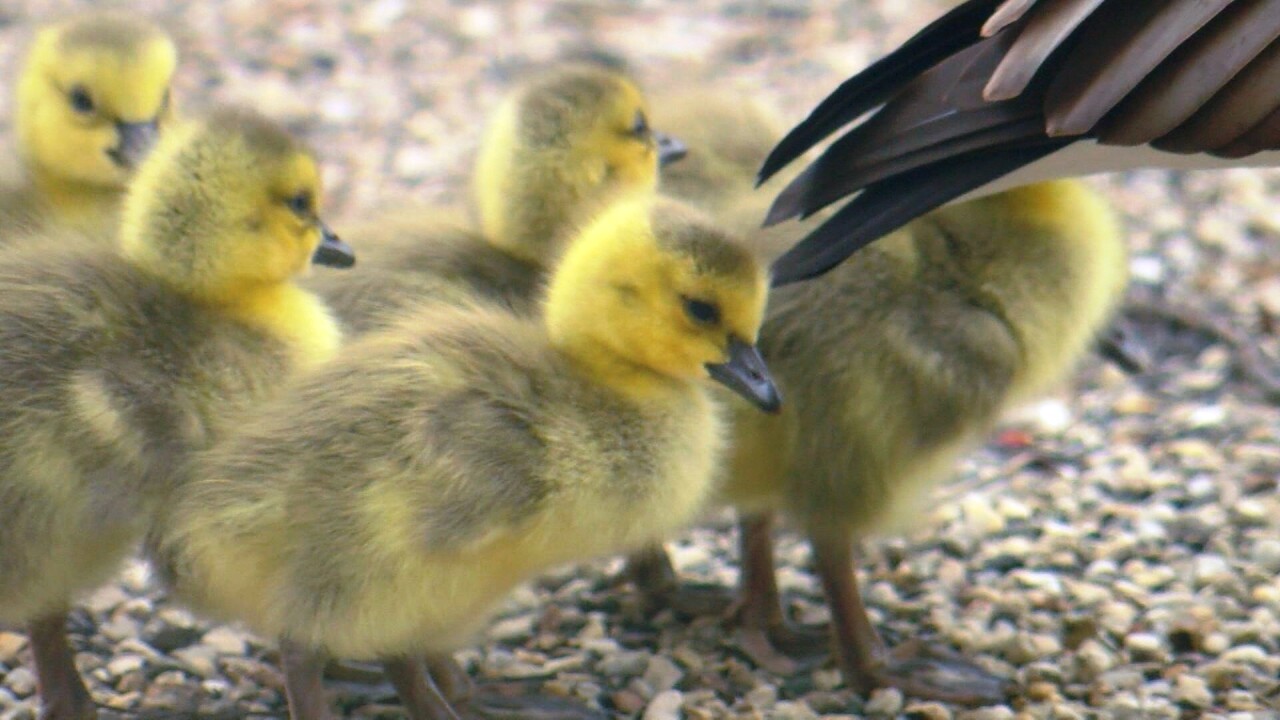 MILWAUKEE — Mama Goose and her goslings are now making a new life for themselves after the babies finally hatched over the weekend.

Six goslings hatched on the TODAY'S TMJ4 rooftop, and it was a little difficult for Mama Goose to find a way down.

Gertie spent nearly 2 hours Sunday morning walking from one end of the roof to the other, with her babies following her.

TODAY'S TMJ4 assignment editor Lezlie Johnson called the Wisconsin Humane Society so they could be brought down safely. Two ladies with the Humane Society's Wildlife Rehabilitation Center arrived later in the afternoon and went right to the roof.

One woman captured Gertie in a net while the other scooped up the 6 babies and put them in a little animal carrier.

They carried them downstairs and brought them outside. Husband George was waiting on the lawn for them.

The kids were released first, then Gertie.

After a little confusion, the newborns followed Gertie across the lawn, with George following behind. The family safely crossed Humboldt Boulevard, heading for the river.

But there was a snag. The babies could not get up the curb.

That's when the ladies with the Wisconsin Humane Society ladies came back to help. They brought the kids over the curb.

Gertie and her family hurried down the steep hill and into the Milwaukee River.

That's the last we saw of them.