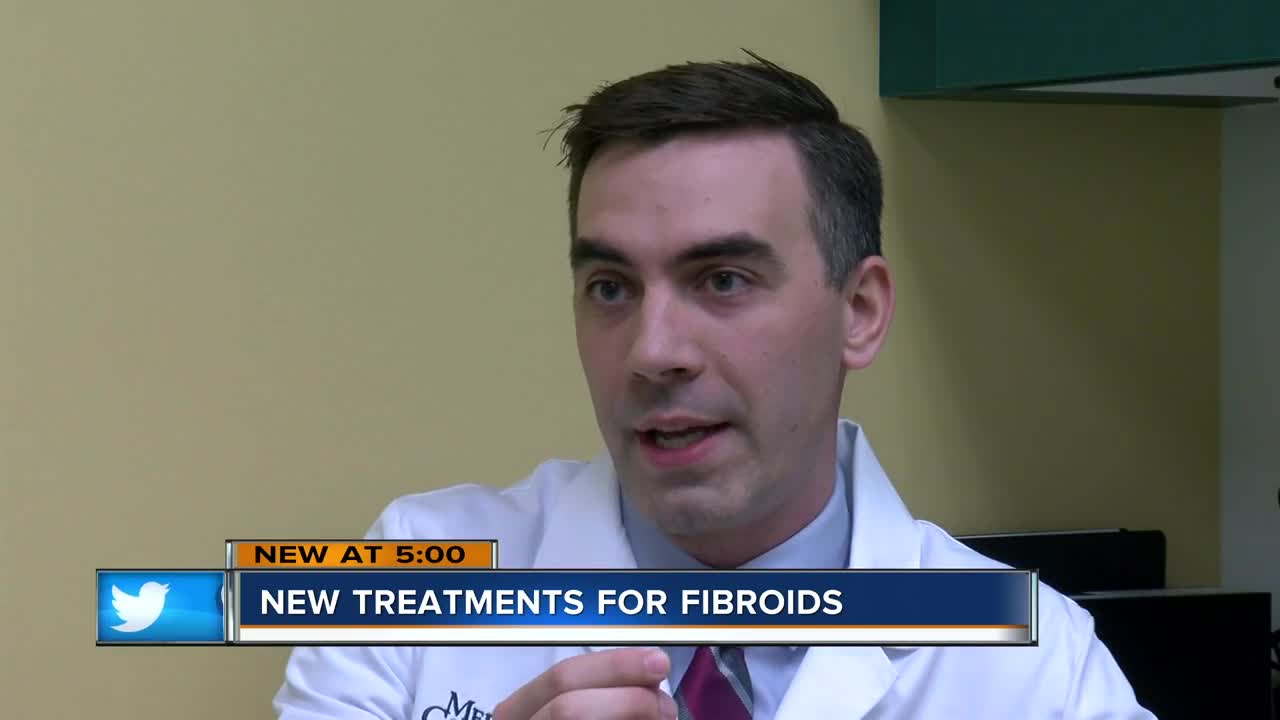 It's often referred to as a "silent, hidden epidemic" among women, because many never know they're affected.

MILWAUKEE — It's often referred to as a "silent, hidden epidemic" among women because many never know they're affected.

Fibroids, or benign tumors on the uterus, are the leading cause of hysterectomies. But, doctors at Froedtert & Medical College of Wisconsin are leading the way on new research, and less-invasive treatments.

Alyssa Schoen knows just how lucky she is to be a mom to six-week-old Charlotte, and two-year-old Hudson.

While in labor with her son, something went wrong.

"I was in labor for so long that my son's heart rate started dropping," Schoen described. "Then, when they did the c-section and found this abnormal growth/tumor right on my uterus, it freaked me out."

The growth was a fibroid that didn't show up in her ultrasounds because it was on the back of her uterus. Often, fibroids have no symptoms, which can include heavy menstrual bleeding, pelvic pressure, frequent urination, constipation, and feeling a lump in your belly.

Fibroids are most common in women between 20 to 50 years old. Their growth is fueled by hormones like estrogen. That's why they can be common during pregnancy.

An alarming statistic - 80 percent of black women and about 70 percent of white women will have fibroids by the time they reach menopause - but less than half will have problems or experience symptoms.

Still, the repercussions can be devastating.

"We don't think that fibroids can cause many problems with actually getting pregnant, but we do know some fibroids can distort or bulge into the cavity of the uterus, and if a pregnancy implants in that area, women are at a higher rate of miscarriage," said Dr. Ben Beran, a gynecological surgeon at Froedtert & MCW.

Dr. Beran wants more women to know that a hysterectomy is not the only, or best treatment. There are medication options, and minimally-invasive surgery, which worked on Alyssa.

"They did three small incisions and then were able to pull out the fibroid in pieces through my belly button," Schoen said.

Leading to a second successful pregnancy.