The new $125 million Ballpark Commons project broke ground Thursday in Franklin, right next to the Rock Sports Complex. Shovels hit the ground in what will soon be the infield of a stadium between W. Loomis and the Rock's ski hill. The ballpark will seat 4,000 and be home to a professional baseball team.

"These are professional athletes who are trying to get back into the show," CEO Mike Zimmerman said.

Zimmerman's game plan is to surround it with restaurants, retail, a golf range, an indoor soccer facility, apartments and a senior living center. 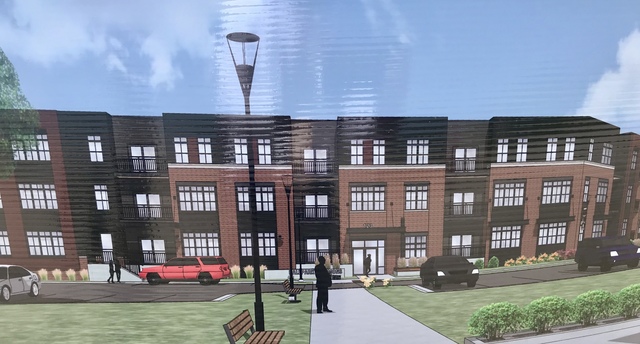 "This is clearly a project that Franklin wants, that southeastern Wisconsin wants," he said.

Not nearby neighbor Joy Draginis-Zingales.

"We have gone to almost every meeting over the past five years and expressed our concerns on every level," said Draginis-Zingales.

She's one of dozens of Greendale residents who fought the project to no avail.

"The lights, the noise, the traffic, it's been unbearable," she said.

The loud construction pales in comparison to what Draginis-Zingales fears is to come.

"He wants to do Rock concerts here," she said. "Tell me who would want rock concerts of 4,000 people in their backyard? No one, there's no one."

"Not everyone is going to be happy with these types of developments," Zimmerman responded.

Zimmerman said it's something they'll have to learn to live with.

"I think there's a great opportunity for us to continue to activate this area and for those who don't like noise and lights and activity, it's probably still going to be a bit of a challenge, frankly," he said.

Phase one of the project is expected to be finished in two years.