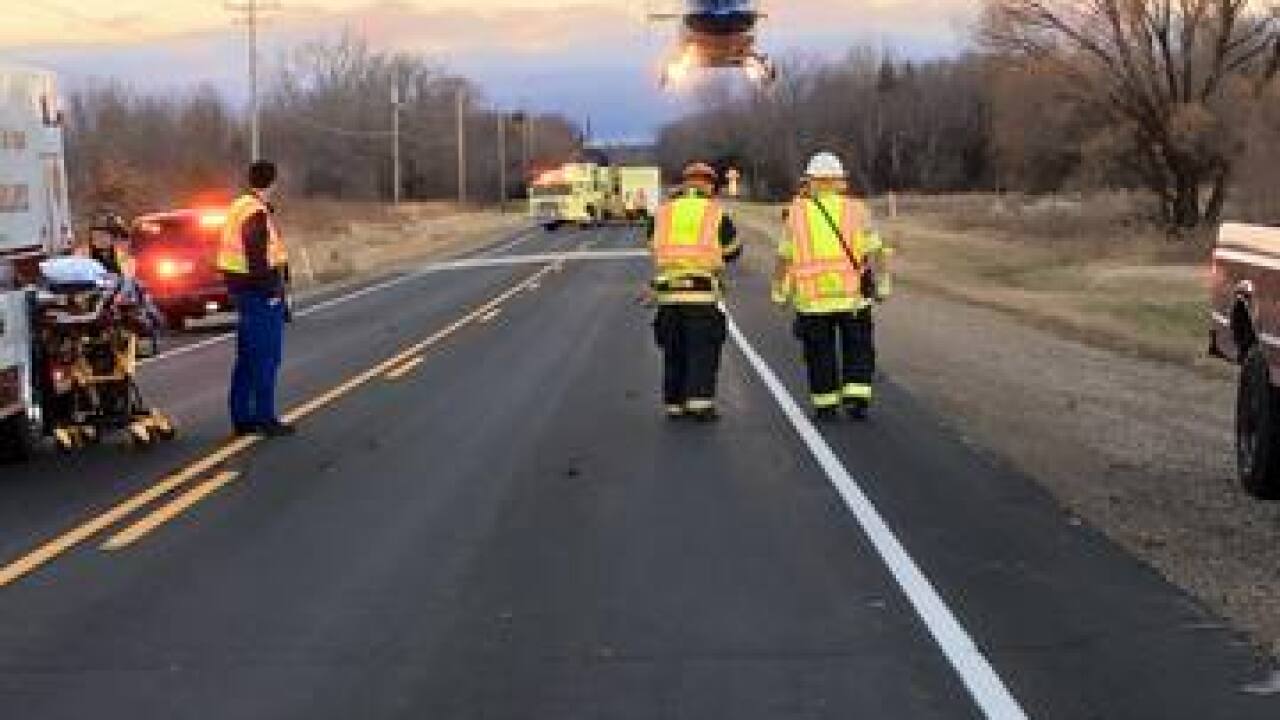 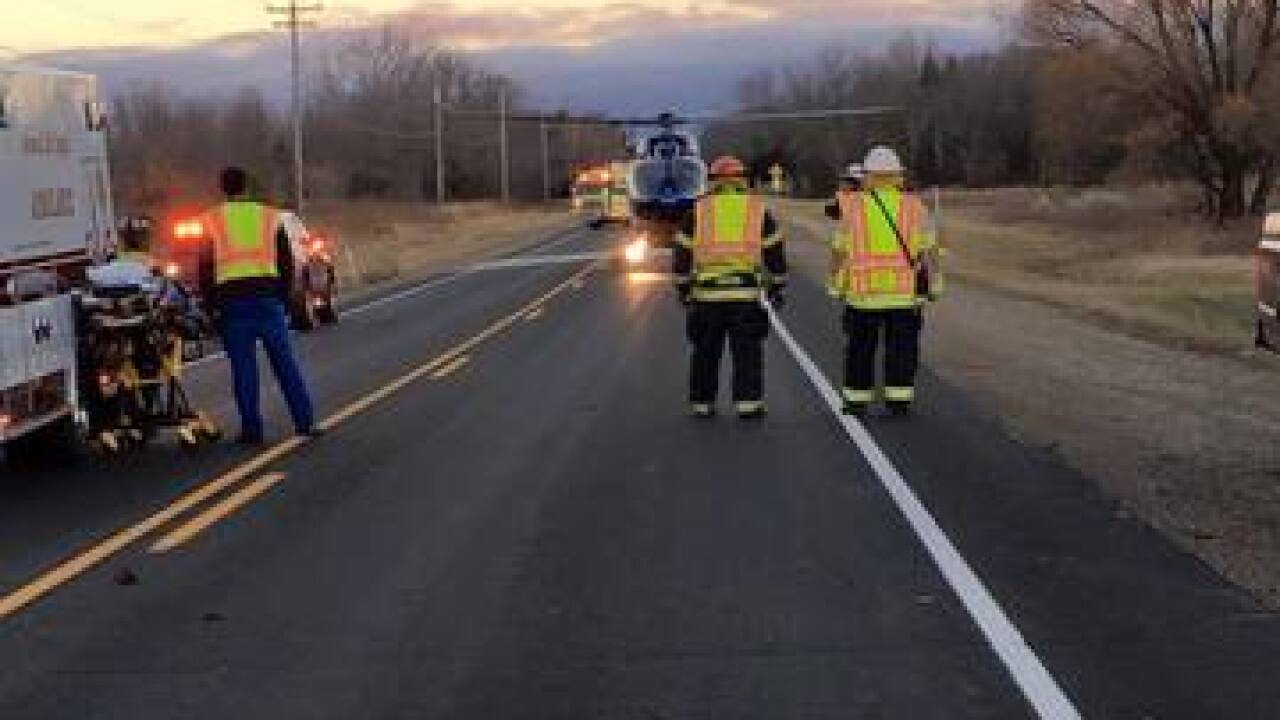 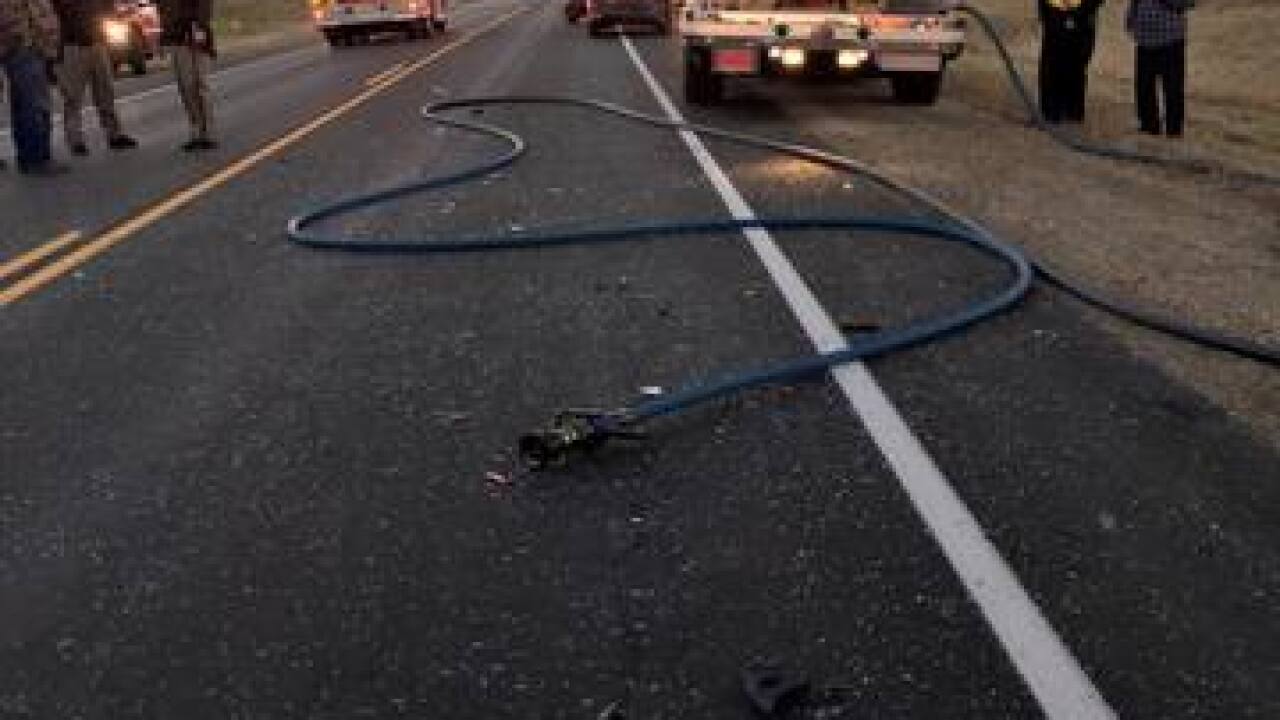 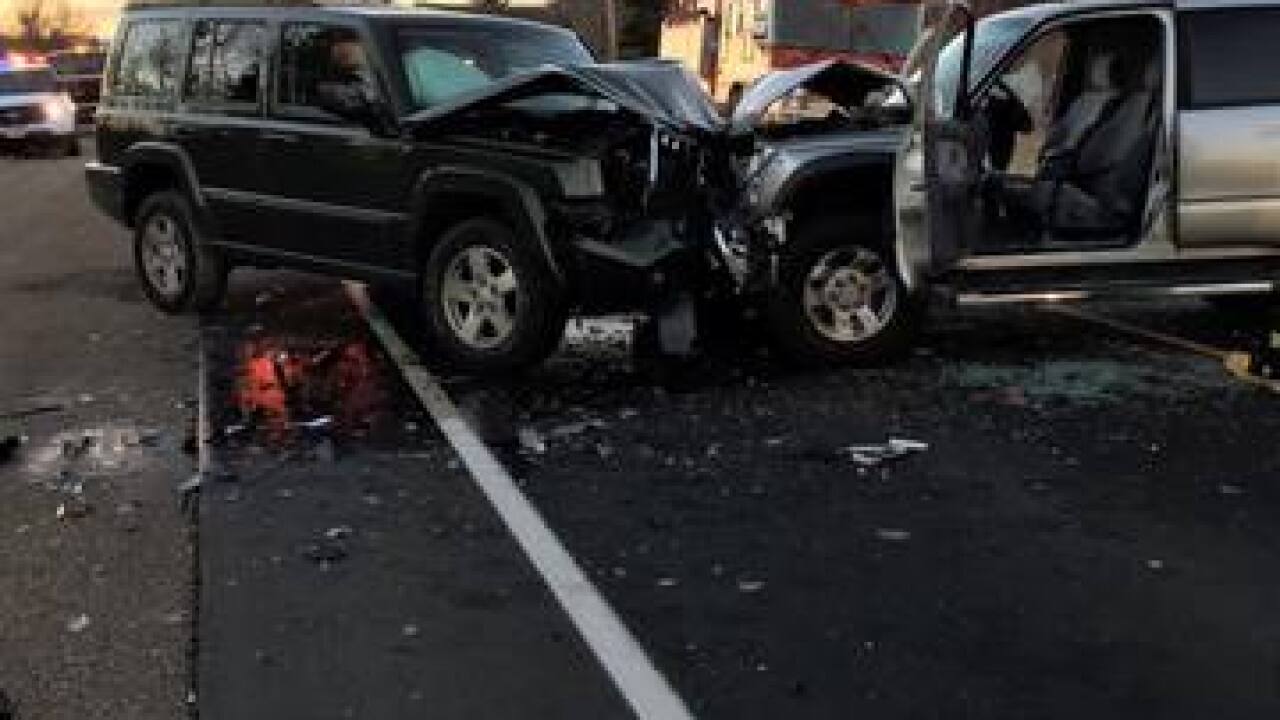 By: Amy Burke
Posted at 1:22 PM, Dec 15, 2015
TOWN OF CEDARBURG -- Three people were injured following a three-vehicle crash in the Town of Cedarburg Tuesday morning.
The crash happened at approximately 6:45 a.m. on CTH I south of Pleasant Valley Road.
According to the Ozaukee County Sheriff's Office, a driver failed to slow down for a school bus, which triggered a chain reaction involving two other cars. The bus was not involved in the crash.
The driver that caused the crash was taken to the hospital via Flight for Life with serious injuries. The drivers in the other cars were taken to the hospital with minor injuries.

CTH I was closed for approximately two hours during cleanup.