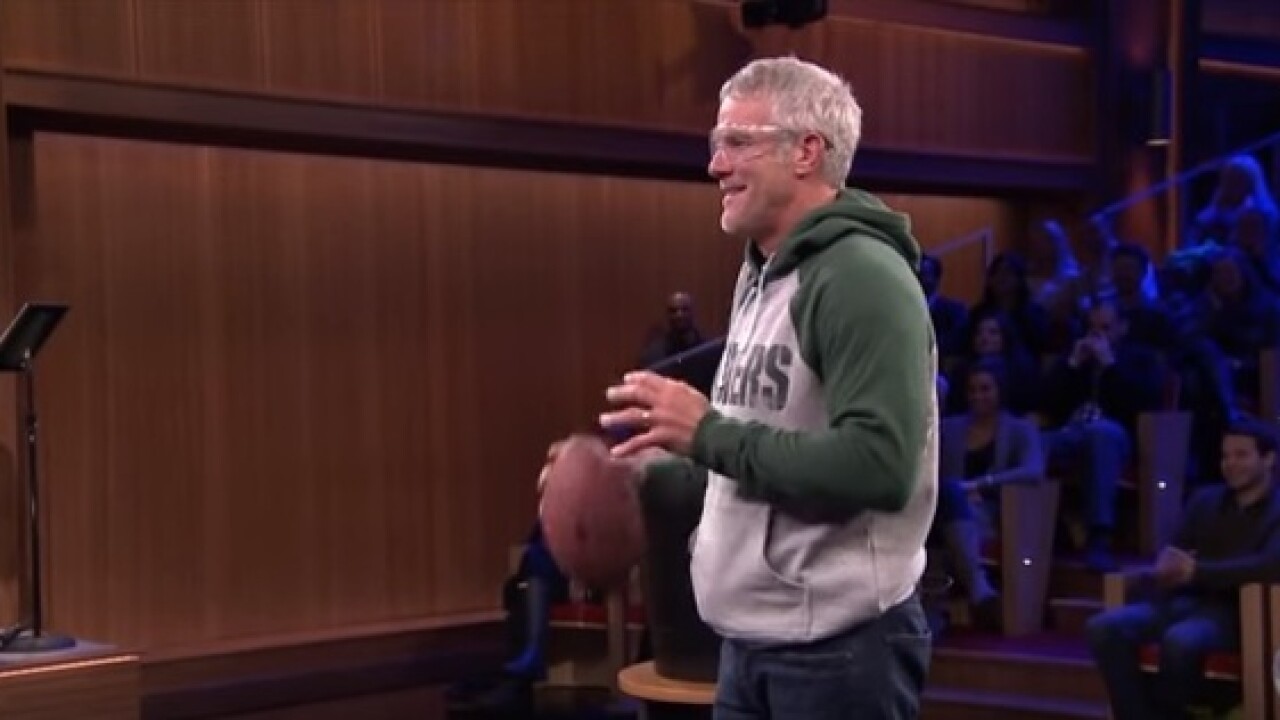 By: Amy Burke
Posted at 2:24 PM, Dec 03, 2015
Six days after his number retirement ceremony at Lambeau Field, Packers legend Brett Favre was in the national spotlight once again.
He was a guest on "The Tonight Show with Jimmy Fallon" on Wednesday.
Favre talked about his return to the field in both July for his Hall of Fame induction and on Thanksgiving.
RELATED:
Until July's Packers Hall of Fame ceremony, Favre had not been inside Lambeau Field as a member of the Packers "family" since January 2008. Months later, he and the Packers had an emotional separation, involving a trade to the New York Jets and his eventual two years with a Packers rival, the Minnesota Vikings.
Favre admitted to Fallon how nervous he was to go back to Lambeau to attend the July ceremony.
"I was very nervous..." he said. "The last time I came to this stadium I came walking out of the tunnel and it was a lot different. They were giving me a lot of number one signs, but it was not [the right finger] *laughs*"
Favre's experience returning in July is the subject in a new documentary that will air on the NFL Network Thursday night.
"Driving to the stadium it was like, who they playing today? There was tailgating. It was awesome. There is no place like Green Bay, there really isn't."
After the interview, Favre showed off his throwing arm, wearing a Green Bay Packers sweatshirt, of course.
He and Fallon played a game where Fallon threw up a plate and Favre had to aim and break it with his throw.
While Favre claimed he hadn’t thrown in five years, he was still able to hit two of five.
Watch him in the video player below:
Scripps Only Content 2015