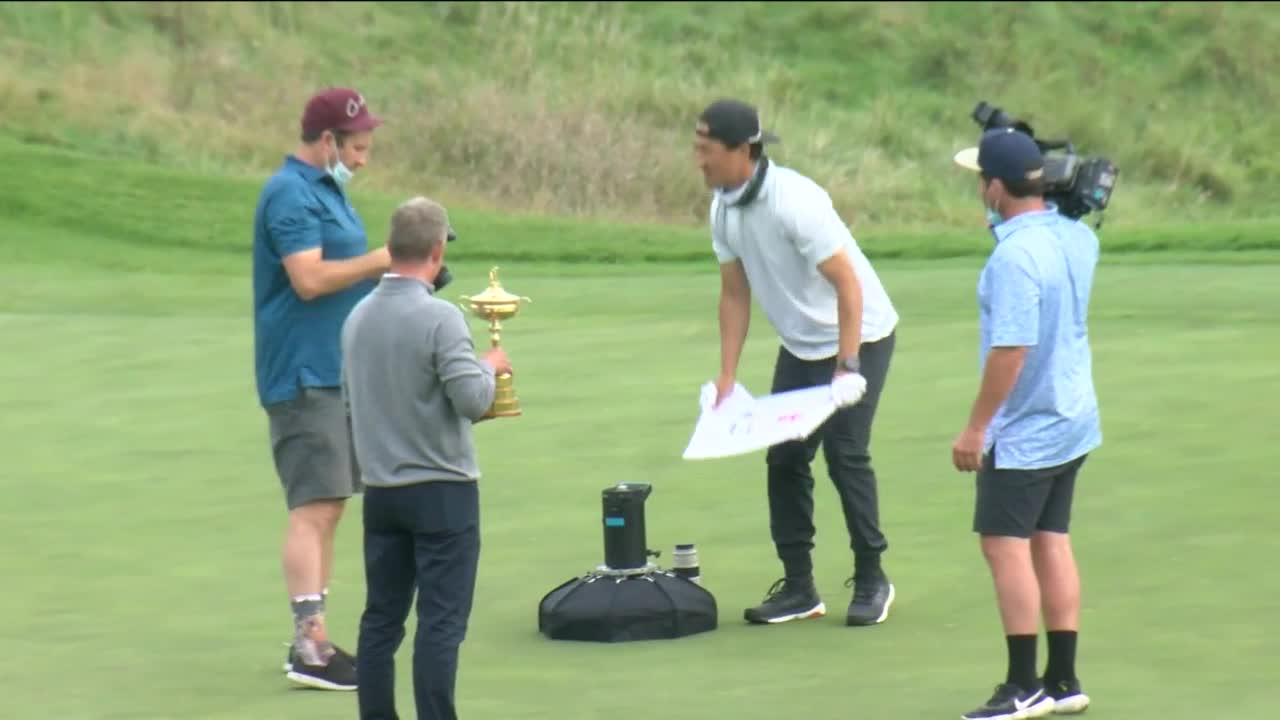 But hosts say the cancellation was necessary amid the pandemic.

HAVEN — If you checked out Whistling Straits today, you'd see that the Ryder Cup paid a visit. And find it incredibly busy.

Golfers want to play the week of what would have been the Ryder Cup. And say they golfed on the course that will now host, the 2021 version.

"You know, feeling that excitement again. I mean Lance you're here and we're talking again. So, you know that excitement of getting one year out or getting closer to the event is back," O'Reilly says.

TMJ4 Main Sports Anchor Lance Allan says no one can predict the future. But the Ryder Cup is a fan-driven event. In 2021? Whistling Straits has the chance, to make that happen. How crucial are fans to this event in your opinion?

"Oh they're critical. That emotion and feeling that the fans create on the first tee as an example, is like nothing else in golf. There is no place in golf on the first tee where the players sit there and say let's go! And try to get the crowd to make noise, versus everybody quiet down," O'Reilly says.

"Absolutely, yeah, I think it was the right decision for all the parties involved. Tough decision," O'Reilly says.

But the good news? It will remain in the Badger state.

"If the Ryder Cup had just been canceled outright? I think it would have been obviously not great for our facility here at Whistling Straits but the state of Wisconsin. Sheboygan County. The community here. The Kohler Company, so you know that would have been a disaster," O'Reilly says.