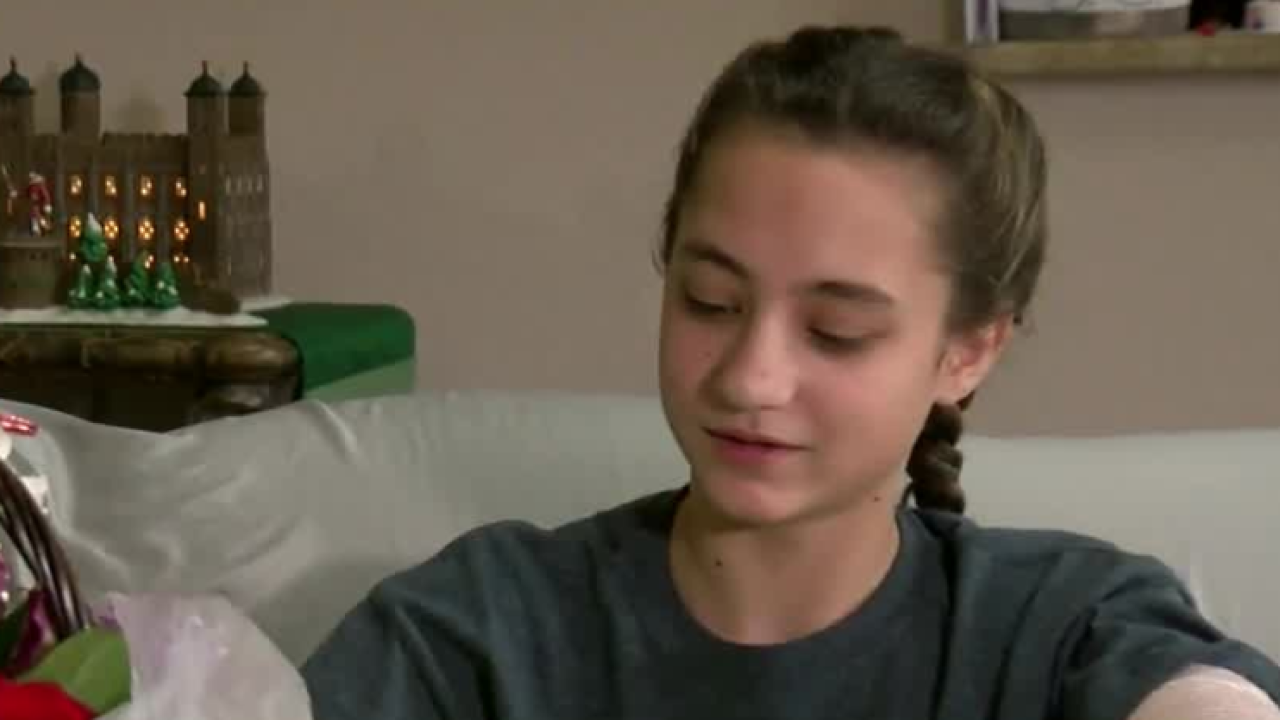 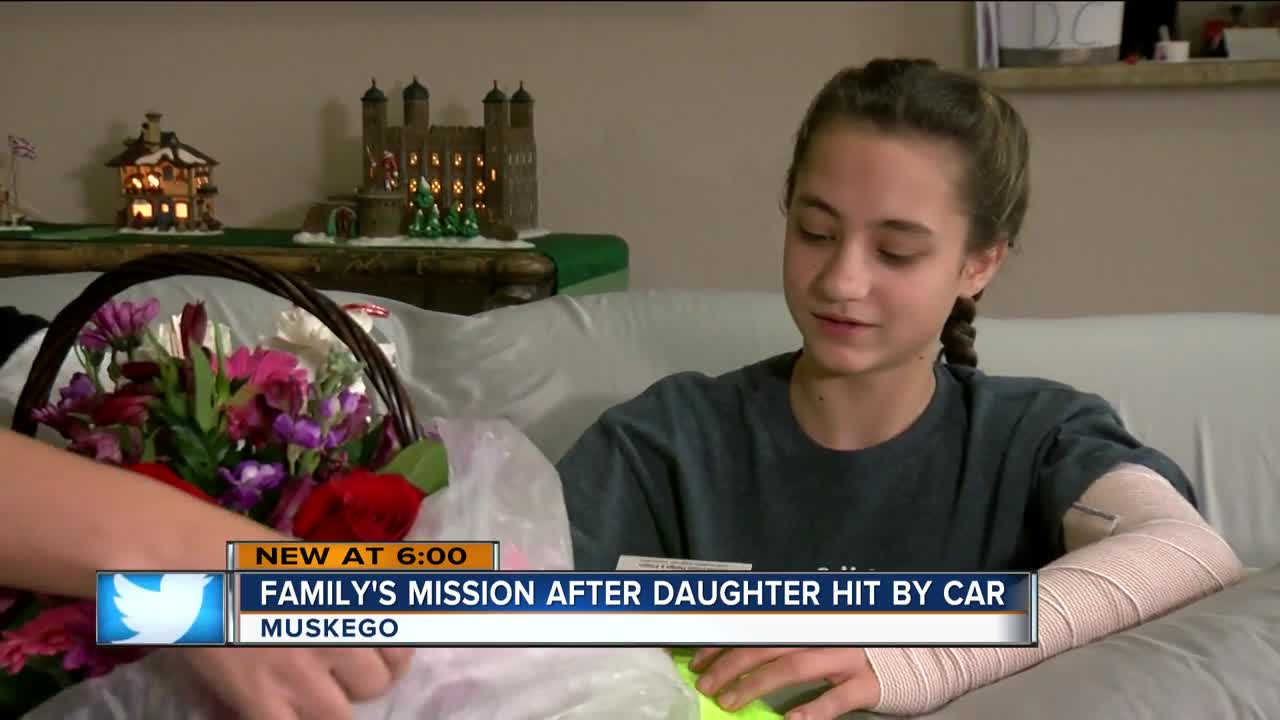 A 15-year-old was hit by a car while walking home from Muskego High School Tuesday afternoon.

It happened in the crosswalk at Wood Road and Racine Avenue, just steps from the school. There's a button to push when you cross, but no signs, flashing lights, or beeping to alert drivers.

"My arm hurts," she said. "I had surgery on it Wednesday morning. A bone poked through my skin after being hit."

"The doctors at the hospital told us her backpack likely saved her," said Michelle Genner, Angela's mom.

Angela’s large backpack, absorbed some of the impact, when a truck turned left into the crosswalk and hit her.

Muskego Police say the sun was setting, causing a bad glare for the driver, who was ticketed for failure to yield to a pedestrian, a fine of $569.

"I remember people stopping to help," Angela said. "There were five strangers huddled around me holding my arm. One of them took my phone and called 911, and my mom."

"When my phone rang, it showed it was a call from Angela," Michelle said. "I picked up and heard a man's voice. It was a police officer saying he was with my daughter, who had been hit, and that I should get there right away. All he said was that she was breathing. I didn't know the extent of her injuries or what I would see when I got there. The whole street was blocked off. There were police, firefighters, paramedics. She was already in the ambulance, getting put on an IV. She was crying."

It was a huge scare that's motivating Angela's parents to take action.

"We’re blessed and we’re thankful it wasn't worse, but what about next time?" Michelle said. "We all have to slow down and pay better attention. My husband and I plan to meet with aldermen, police, and schools to see what changes we can make so this doesn't happen to anyone else."

Michelle says they're not trying to single out the driver who hit Angela. He feels awful about it. They just believe all drivers could use a reminder to be extra careful near crosswalks. The same goes for pedestrians, who police say, are often looking down at their phones when crossing.