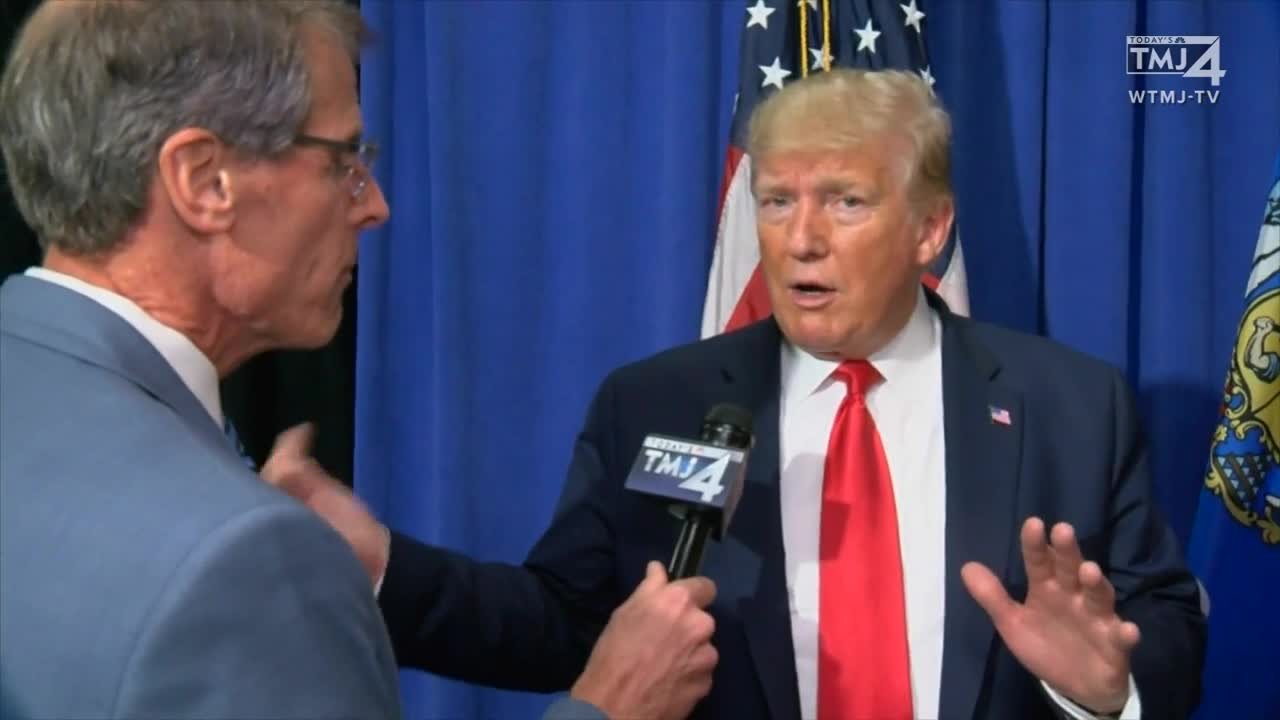 TODAY'S TMJ4's Charles Benson talked with President Trump about several hot topics including a new trade deal and Foxconn during the president's visit Friday to Milwaukee. 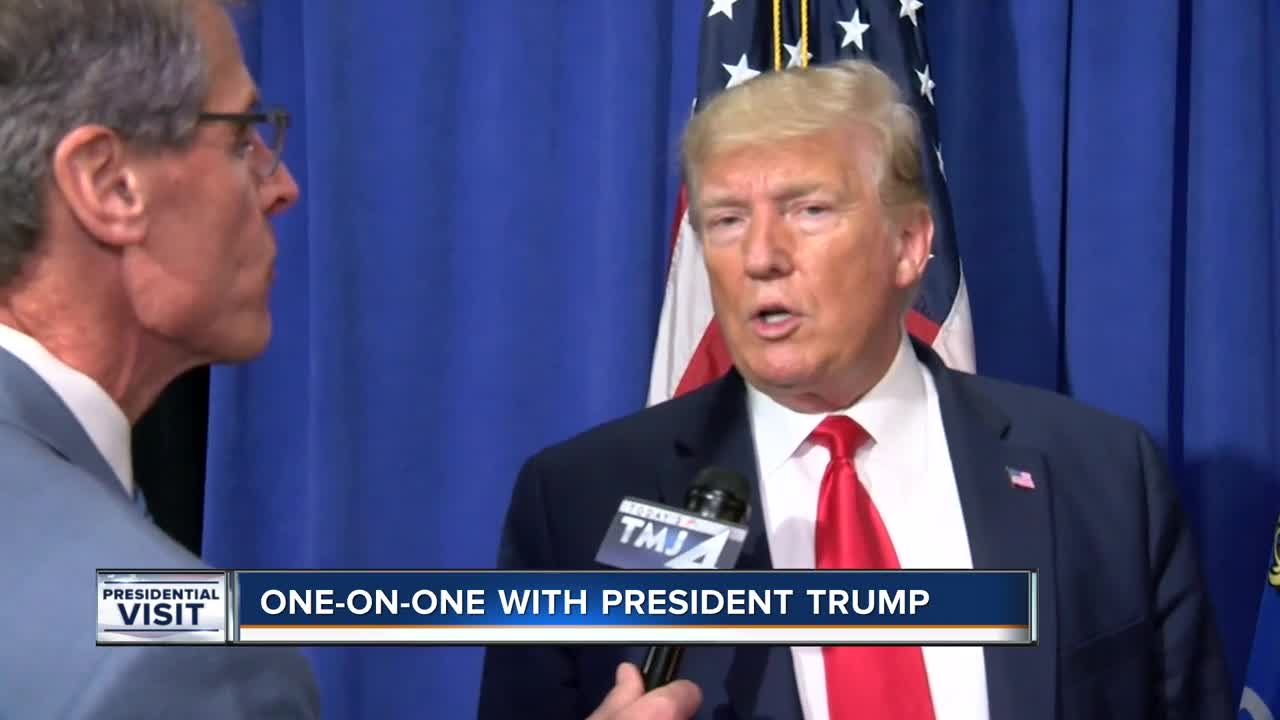 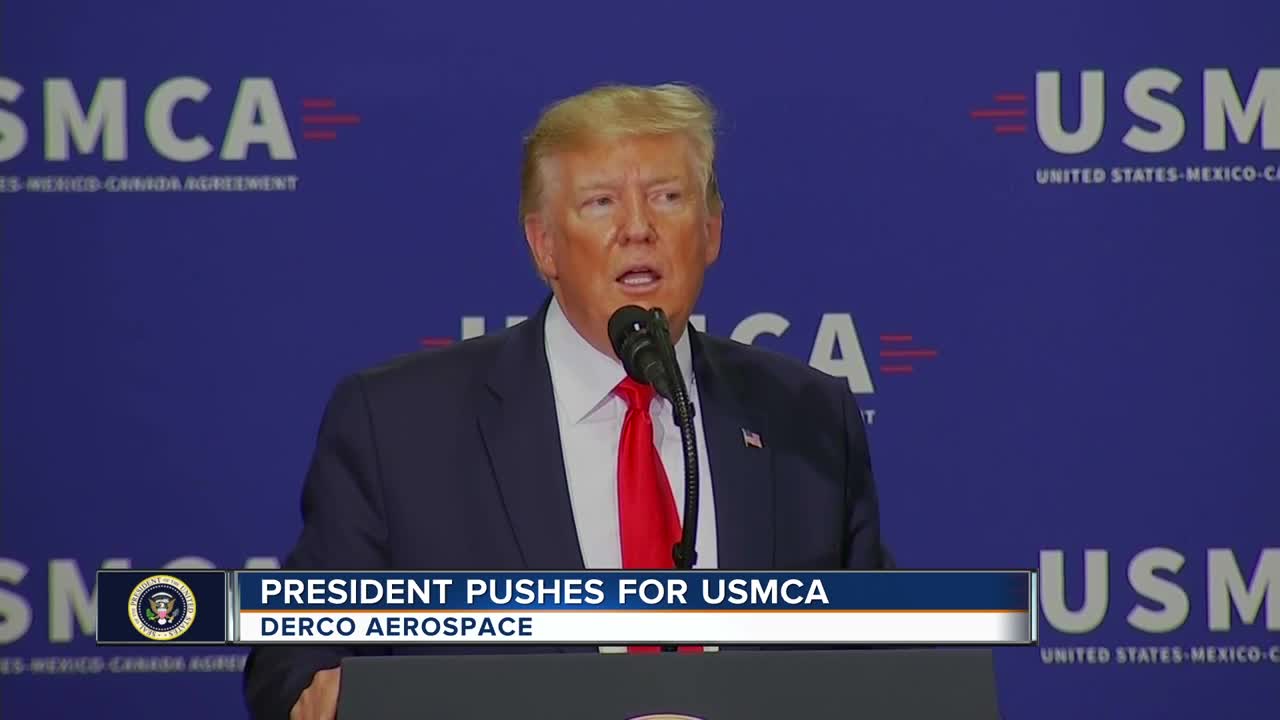 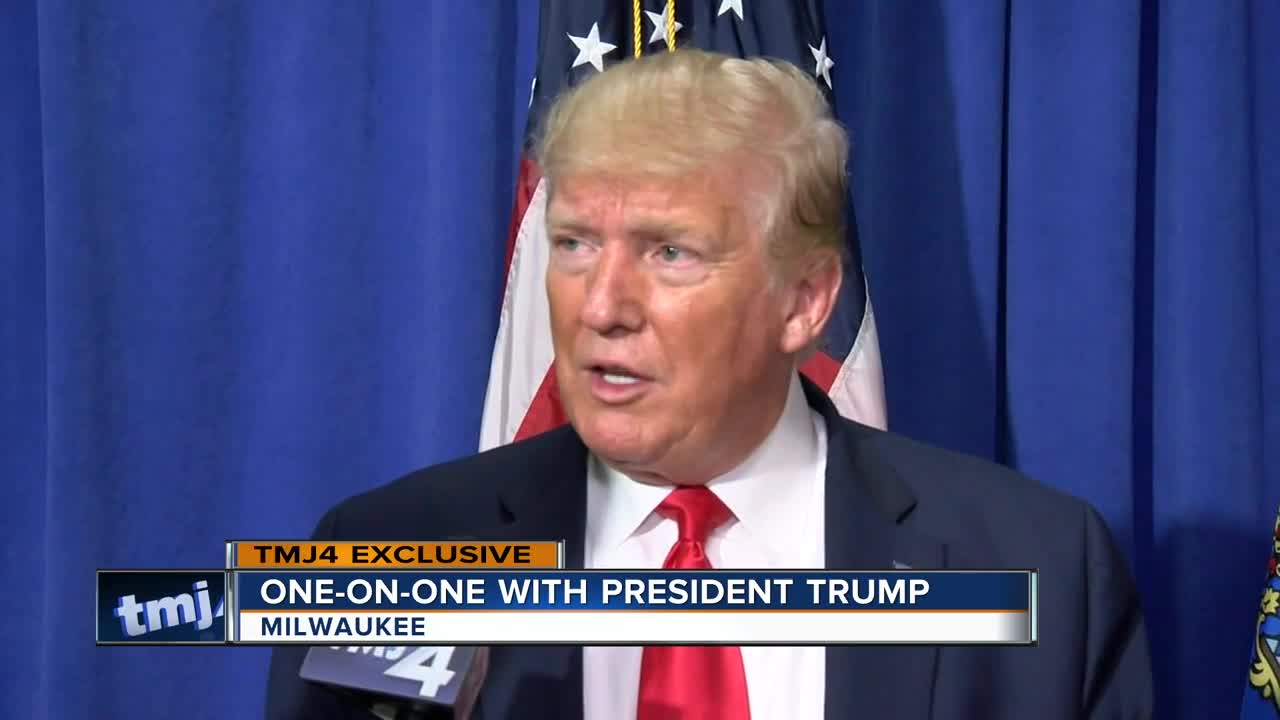 MILWAUKEE — President Donald Trump was back in the Badger State for the sixth time since winning the White House.

TODAY'S TMJ4's Charles Benson talked one-on-one with the president about the economy, trade, Foxconn and Wisconsin 2020.

Benson: You're back in Wisconsin?

President: I think we are doing great.

Trump stopped by Derco Aerospace in Milwaukee to talk about getting Congress to approve the U.S -Mexico-Canada Agreement (USMCA) on trade.

Benson: What about this trade agreement, how will farmers and manufacturers benefit in terms of guaranteeing more jobs?

While manufacturing jobs are up, it's been a year since Trump was here for another high-profile manufacturing opportunity in Wisconsin. Foxconn is building a plant, but uncertainty remains about the total number of jobs that will be created.

President: They have tremendous plans for Wisconsin; they're going to be doing a great job.

Benson: Did you have to convince them to stay here?

Foxconn expects to employ 1,500 workers by late next year.

As for Trump, he'll be back before then.

"Good to see you. See you in a couple of months. We will be around a lot."