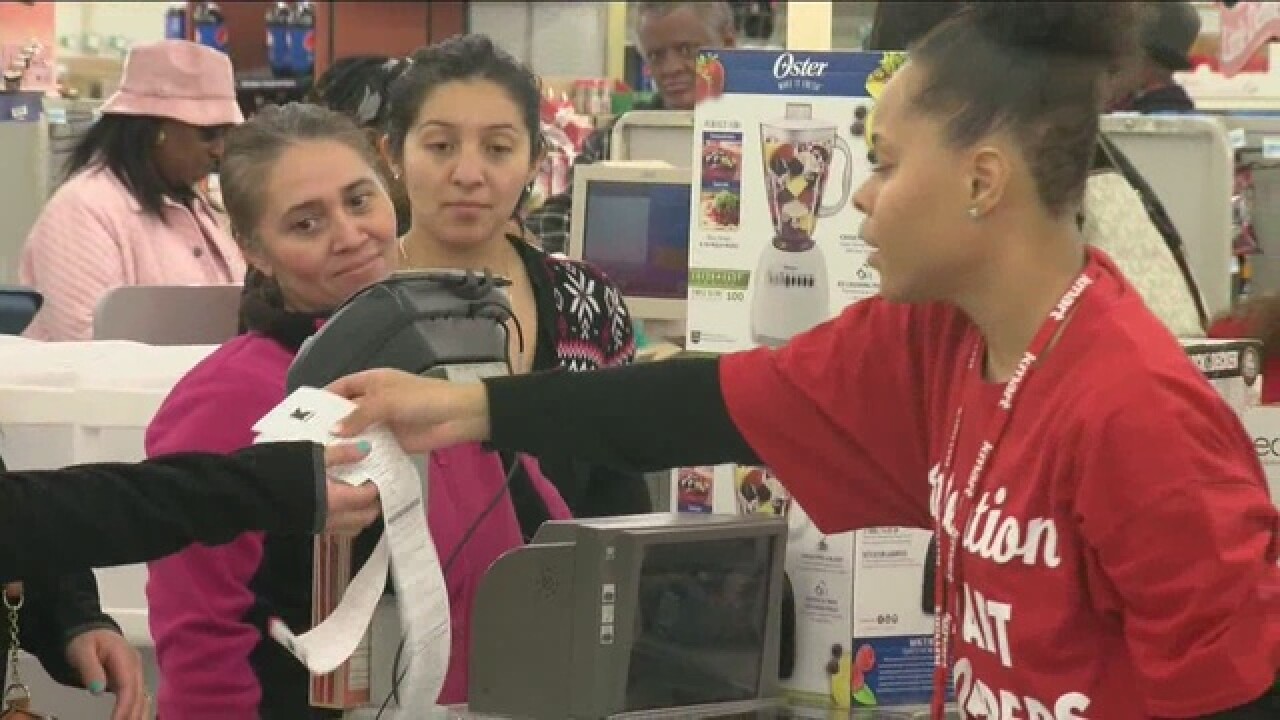 Dozens of people waited in the pouring rain on Thanksgiving to be the first ones inside Kohl's at Bayshore Town Center, when it opened at 6 p.m.

Some brought their whole family. And most of them made kick-off their cut-off time.

"We ate dinner early, so we could shop before the Packers game starts," said Sally Smith. "We're getting all the good doorbusters, and then we're going back home to watch the game. I'm a huge Favre and Rodgers fan. I can't miss it. Then, we'll go back out shopping after the game."

You could hear some "Go Pack Go" cheers through store aisles as shopping became a pre-game pep rally of sorts.

But not everyone enjoyed it. Bears fan, Veronica Jones, was bargain-hunting in enemy territory.

"I don't want to hear any more of those Packers chants," she laughed. "My husband and I are true Bears fans. May the best team win!"

Most of the husbands were shopping in the area full of Packers gear, and rushing to get home. Fathers and sons kept close tabs on their shopaholics.

"I told my mom that she has to be done by 7," 9-year-old Jaden Howard said. "I'm not joking around. We have to be home for the start of the game."

"I definitely won't miss the game," added Kevin Jaqua. "I'm here with my daughter. I promised we could go out and get some good deals very quickly."

But his daughter, Abbey, was not as set on being quick.

"If he misses a little of the game, it's no big deal," she joked.

When it comes to balancing shopping and football, Myra Leitner may have summed it up best: "shopping definitely comes before Packers games."